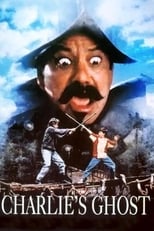 Actor Anthony Edwards made his directorial debut with this comic fantasy based on a story by Mark Twain. Trenton Knight plays Charlie, a young boy whose archeologist father (Anthony Edwards) has made several discoveries while exploring a cave in Colorado. However, Charlie makes a discovery of his own -- the spirit of a long-dead explorer has come back to haunt him until his remains can be recovered and finally burried in a proper place. However, Charlie cant manage this on his own, and his father is too busy with his own work to pay much attention to him. Linda Fiorentino also appears in a supporting role. Also shown under the title Charlies Ghost: The Story Of Coronado.