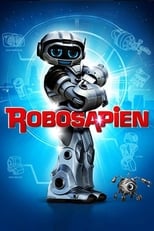 At Kinetech Labs, an inventor named Allan Topher designs a robot for search and rescue, but when he finds out that the robot will be used for military purposes, he programs the robot to flee. The robot escapes but is damaged in the process. It is discovered by 12-year-old Henry Keller, who fixes it and names it Cody. The robot does not remember its past, and Henry and Cody develop a friendship. Eventually, Kinetech and the inventor find Cody and bring the robot back to the laboratories. The inventor feels guilty for taking Cody away, so he returns the robot to Henry. The inventor meets Henrys mother, Joanna, in the process and falls in love. Kinetech wants the robot back, so it kidnaps the inventor and Joanna. Henry and Cody embark to save them and to bring down Kinetech. 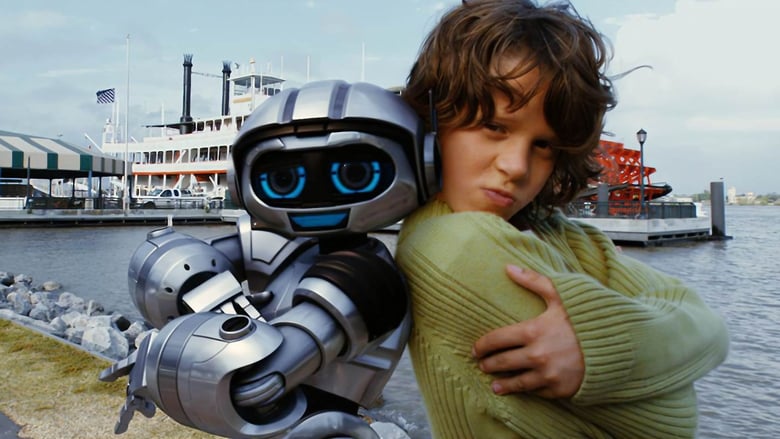 Dr. Vasi invents a super-powered robot, Chitti, in his own image. The scientific body, AIRD, that must approve the robot, declines it based on its not having emotions and the ability to make rational judgment. A sudden flash of lightning evokes emotions in the robot, and Chitti is seemingly ready for integration into the human world. Then, Chitti falls in love with Dr. Vasi's fiancée Sana and turns on his creator.
Movie Star Rating : 6.3  Read More

Every child comes into the world full of promise, and none more so than Chappie: he is gifted, special, a prodigy. Like any child, Chappie will come under the influence of his surroundings—some good, some bad—and he will rely on his heart and soul to find his way in the world and become his own man. But there's one thing that makes Chappie different from any one else: he is a robot.
Movie Star Rating : 6.8  Read More

David, a robotic boy—the first of his kind programmed to love—is adopted as a test case by a Cybertronics employee and his wife. Though he gradually becomes their child, a series of unexpected circumstances make this life impossible for David. Without final acceptance by humans or machines, David embarks on a journey to discover where he truly belongs, uncovering a world in which the line between robot and machine is both vast and profoundly thin.
Movie Star Rating : 7  Read More

The year is 2029. John Connor, leader of the resistance continues the war against the machines. At the Los Angeles offensive, John's fears of the unknown future begin to emerge when TECOM spies reveal a new plot by SkyNet that will attack him from both fronts; past and future, and will ultimately change warfare forever.
Movie Star Rating : 5.9  Read More

Jacq Vaucan, an insurance agent of ROC robotics corporation, routinely investigates the case of manipulating a robot. What he discovers will have profound consequences for the future of humanity.
Movie Star Rating : 5.7  Read More

Caleb, a 26 year old coder at the world's largest internet company, wins a competition to spend a week at a private mountain retreat belonging to Nathan, the reclusive CEO of the company. But when Caleb arrives at the remote location he finds that he will have to participate in a strange and fascinating experiment in which he must interact with the world's first true artificial intelligence, housed in the body of a beautiful robot girl.
Movie Star Rating : 7.6  Read More

The human city of Zion defends itself against the massive invasion of the machines as Neo fights to end the war at another front while also opposing the rogue Agent Smith.
Movie Star Rating : 6.6  Read More

A corporate risk-management consultant must determine whether or not to terminate an artificial being's life that was made in a laboratory environment.
Movie Star Rating : 5.8  Read More

After a lightning bolt zaps a robot named Number 5, the lovable machine starts to think he's human and escapes the lab. Hot on his trail is his designer, Newton, who hopes to get to Number 5 before the military does. In the meantime, a spunky animal lover mistakes the robot for an alien and takes him in, teaching her new guest about life on Earth.
Movie Star Rating : 6.5  Read More