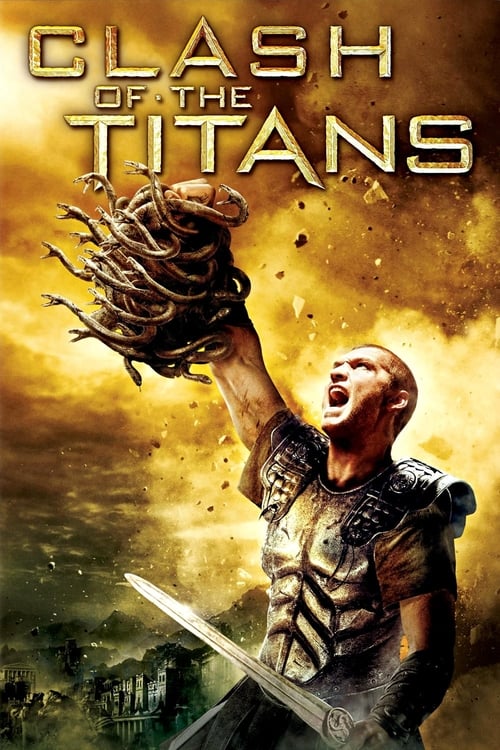 Plot : Born of a god but raised as a man, Perseus is helpless to save his family from Hades, vengeful god of the underworld. With nothing to lose, Perseus volunteers to lead a dangerous mission to defeat Hades before he can seize power from Zeus and unleash hell on earth. Battling unholy demons and fearsome beasts, Perseus and his warriors will only survive if Perseus accepts his power as a god, defies fate and creates his own destiny. 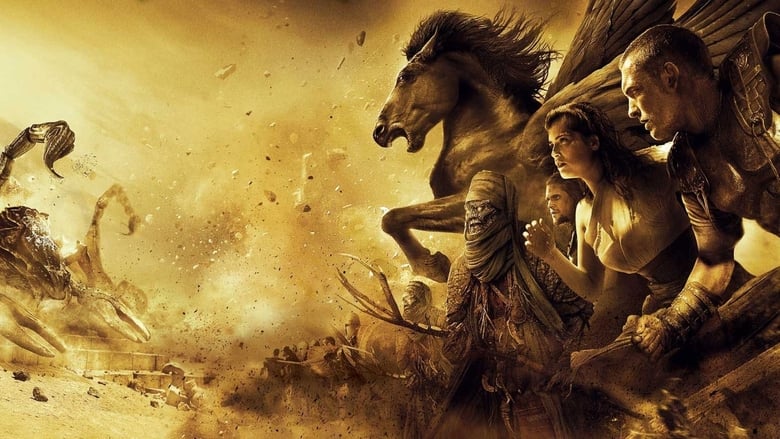 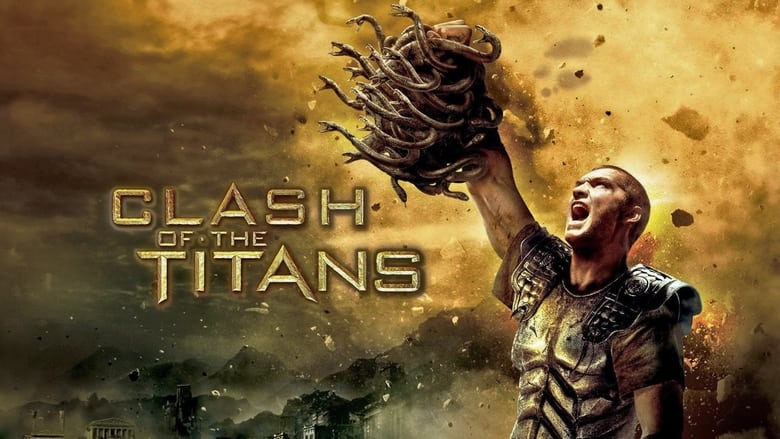 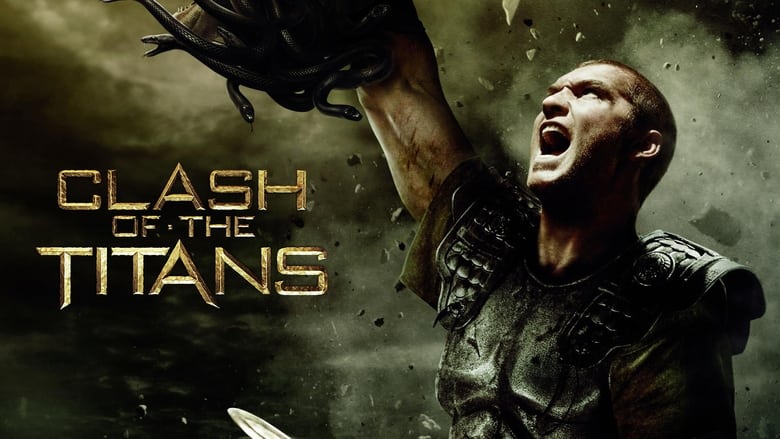 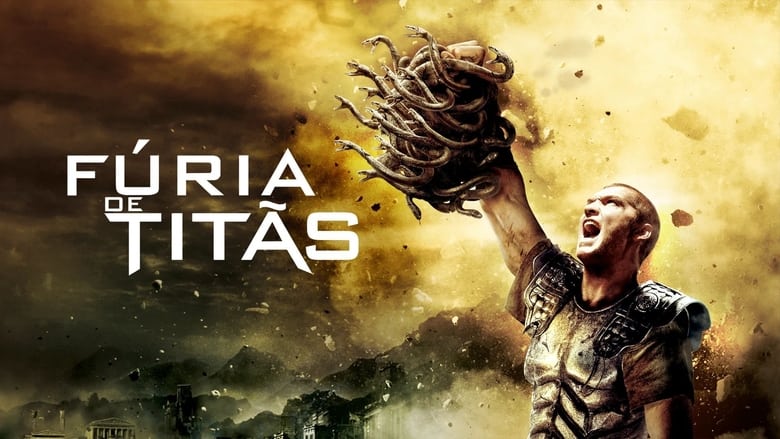 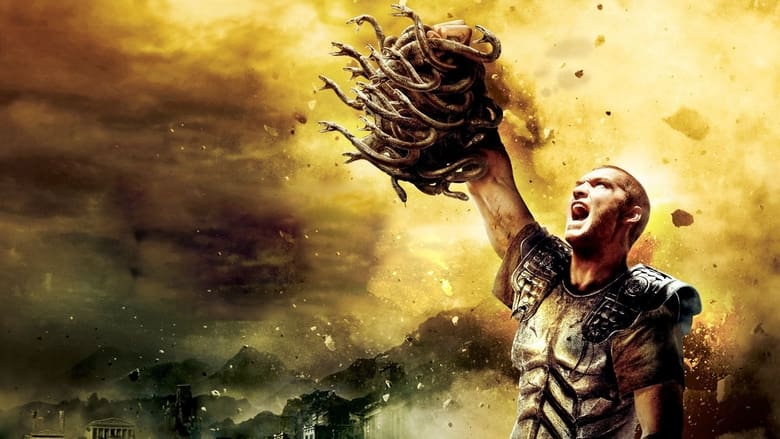 It was too hot to go home so we decided to watch a movie. This movie is about Greek Mythology. I'm really not into that subject. It's a good thing I saw Percy Jackson and the Lightning Thief so I was able to get a background on the gods. I think Percy Jackson is the modern Clash of the Titans. I appreciated Sam Worthington here. I always thought he looked better as an avatar than in person but in this movie he looked good. I guess I was super tired and sleepy that I couldn't help it I fell asleep. But it was for a short time. "idlip". I woke up and didn't want to miss a thing. The cinematography was great. My grade for this movie is B.

Similar Movies to Clash of the Titans

Born of a god but raised as a man, Perseus is helpless to save his family from Hades, vengeful god of the underworld. With nothing to lose, Perseus volunteers to lead a dangerous mission to defeat Hades before he can seize power from Zeus and unleash hell on earth. Battling unholy demons and fearsome beasts, Perseus and his warriors will only survive if Perseus accepts his power as a god, defies fate and creates his own destiny.
Movie Star Rating : 5.9  Read More

Johnny Knoxville, Bam Margera, Steve-O, Wee Man and the rest of their fearless and foolhardy friends take part in another round of outrageous pranks and stunts. In addition to standing in the path of a charging bull, launching themselves into the air and crashing through various objects, the guys perform in segments such as "Sweatsuit Cocktail," "Beehive Tetherball" and "Lamborghini Tooth Pull."
Movie Star Rating : 6.6  Read More

Set in 1944, Valiant is a woodland pigeon who wants to become a great hero someday. When he hears they are hiring recruits for the Royal Homing Pigeon Service, he immediately sets out for London. On the way, he meets a smelly but friendly pigeon named Bugsy, who joins him, mainly to get away from clients he cheated in a game of find-the pebble, and helps him sign up for the war.
Movie Star Rating : 5.5  Read More

Ten years ago, a tragedy changed the town of Harmony forever. Tom Hanniger, an inexperienced coal miner, caused an accident in the tunnels that trapped and killed five men and sent the only survivor, Harry Warden, into a permanent coma. But Harry Warden wanted revenge. Exactly one year later, on Valentine’s Day, he woke up…and brutally murdered twenty-two people with a pickaxe before being killed.
Movie Star Rating : 5.5  Read More

The Adventures of Tintin

Intrepid young reporter, Tintin, and his loyal dog, Snowy, are thrust into a world of high adventure when they discover a ship carrying an explosive secret. As Tintin is drawn into a centuries-old mystery, Ivan Ivanovitch Sakharine suspects him of stealing a priceless treasure. Tintin and Snowy, with the help of salty, cantankerous Captain Haddock and bumbling detectives, Thompson and Thomson, travel half the world, one step ahead of their enemies, as Tintin endeavors to find the Unicorn, a sunken ship that may hold a vast fortune, but also an ancient curse.
Movie Star Rating : 6.9  Read More

This third film in the series follows a group of marine biologists attempting to capture a young great white shark that has wandered into Florida's Sea World Park. However, later it is discovered that the shark's 35-foot mother is also a guest at Sea World. What follows is the shark wreaking havoc on the visitors in the park.
Movie Star Rating : 4.4  Read More

Two young wolves at opposite ends of their pack's social order are thrown together into a foreign land and need each other to return home, but love complicates everything.
Movie Star Rating : 5.9  Read More

When Coraline moves to an old house, she feels bored and neglected by her parents. She finds a hidden door with a bricked up passage. During the night, she crosses the passage and finds a parallel world where everybody has buttons instead of eyes, with caring parents and all her dreams coming true. When the Other Mother invites Coraline to stay in her world forever, the girl refuses and finds that the alternate reality where she is trapped is only a trick to lure her.
Movie Star Rating : 7.8  Read More

Set between Episode II and III, The Clone Wars is the first computer animated Star Wars film. Anakin and Obi Wan must find out who kidnapped Jabba the Hutt's son and return him safely. The Separatists will try anything to stop them and ruin any chance of a diplomatic agreement between the Hutts and the Republic.
Movie Star Rating : 6.1  Read More

The world's most highly qualified crew of archaeologists and explorers is led by historian Milo Thatch as they board the incredible 1,000-foot submarine Ulysses and head deep into the mysteries of the sea. The underwater expedition takes an unexpected turn when the team's mission must switch from exploring Atlantis to protecting it.
Movie Star Rating : 7  Read More