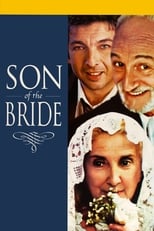 Son of the Bride

At age 42, Rafael Belvedere is having a crisis. He lives in the shadow of his father, he feels guilty about rarely visiting his aging mother, his ex-wife says he doesnt spend enough time with their daughter and he has yet to make a commitment to his girlfriend. At his lowest point, a minor heart attack reunites him with Juan Carlos, a childhood friend, who helps Rafael to reconstruct his past. 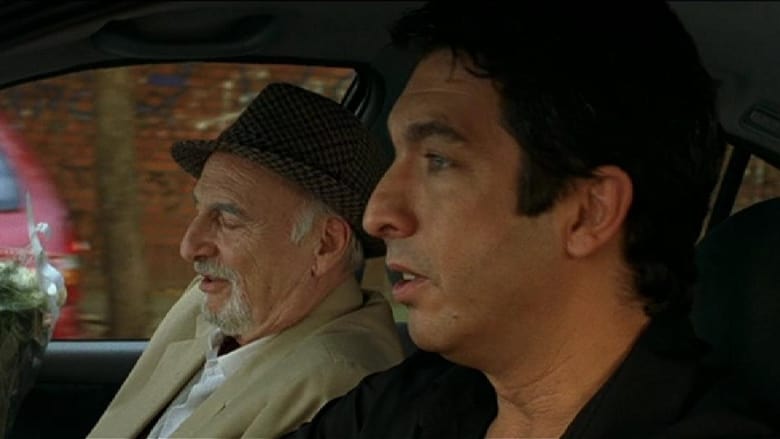 Similar Movies to Son of the Bride

Four Weddings and a Funeral

Over the course of five social occasions, a committed bachelor must consider the notion that he may have discovered love.
Movie Star Rating : 6.7  Read More

A harried workaholic, Michael Newman doesn't have time for his wife and children, not if he's to impress his ungrateful boss and earn a well-deserved promotion. So when he meets Morty, a loopy sales clerk, he gets the answer to his prayers: a magical remote that allows him to bypass life's little distractions with increasingly hysterical results.
Movie Star Rating : 6.2  Read More

The story takes place in northern Italy in the 1950's. Lola and Masetto are about to get married. Masetto wants to keep Lola as a virgin until they are married. But Lola is impatient to remain in chastity until the wedding night. She wants to be sure that Masetto is a good lover, before she commits herself into marriage. She does everything to trick Masetto into breaking the moral tradition.
Movie Star Rating : 4.4  Read More

A group of working-class friends decide to enlist in the Army during the Vietnam War and finds it to be hellish chaos - not the noble venture they imagined. Before they left, Steven married his pregnant girlfriend - and Michael and Nick were in love with the same woman. But all three are different men upon their return.
Movie Star Rating : 8  Read More

Set in a 19th-century european village, this stop-motion animation feature follows the story of Victor, a young man whisked away to the underworld and wed to a mysterious corpse bride, while his real bride Victoria waits bereft in the land of the living.
Movie Star Rating : 7.4  Read More

Four Sisters and a Wedding

The children of the Salazar family have been pursuing separate lives in the recent years. After a few years of not being together as a whole family, they find themselves reuniting when CJ announces his plan to marry Princess, his girlfriend for three months. Much to their shock and dismay, CJ's sisters come together for the wedding and have agreed to dissuade him from marrying his fiancée.
Movie Star Rating : 6.8  Read More

Cursed since childhood, dentist Charlie Logan cannot find the right woman. Even worse, he learns that each of his ex-girlfriends finds true love with the man she meets after her relationship with him ends. Hearing of Charlie's reputation as a good-luck charm, women from all over line up for a quick tryst. But when Charlie meets the woman of his dreams, he must find a way to break the curse or risk losing her to the next man she meets.
Movie Star Rating : 5.9  Read More