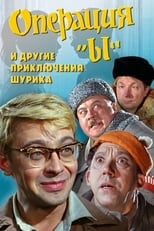 Operation Y and Other Shuriks Adventures

The film consists of three independent parts: "Workmate", "Déjà vu" and "Operation Y". The plot follows the adventures of Shurik (alternative spelling — Shourick), the naive and nerdy Soviet student who often gets into ludicrous situations but always finds a way out very neatly. "Operation Y and Shuriks Other Adventures" was a hit movie and became the leader of Soviet film distribution in 1965. 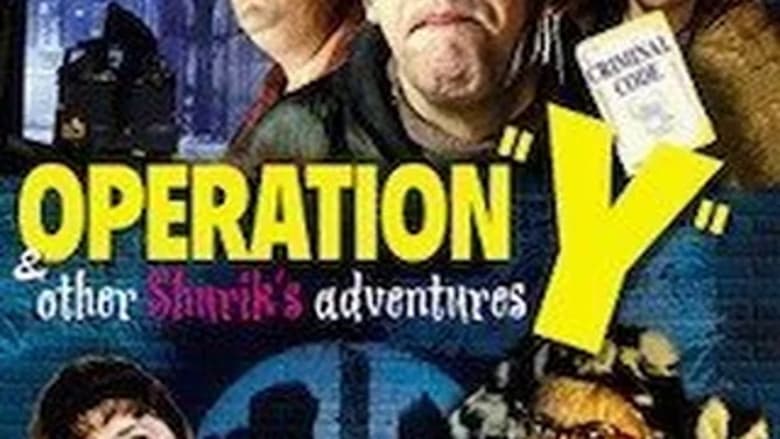 Similar Movies to Operation Y and Other Shuriks Adventures

A lazy, incompetent middle school teacher who hates her job and her students is forced to return to her job to make enough money for a boob job after her rich fiancé dumps her.
Movie Star Rating : 5.4  Read More

The Death of Stalin

With King Richard off to the Crusades, Prince John and his slithering minion, Sir Hiss, set about taxing Nottingham's citizens with support from the corrupt sheriff - and staunch opposition by the wily Robin Hood and his band of merry men.
Movie Star Rating : 7.1  Read More

A Good Day to Die Hard

Iconoclastic, take-no-prisoners cop John McClane, finds himself for the first time on foreign soil after traveling to Moscow to help his wayward son Jack - unaware that Jack is really a highly-trained CIA operative out to stop a nuclear weapons heist. With the Russian underworld in pursuit, and battling a countdown to war, the two McClanes discover that their opposing methods make them unstoppable heroes.
Movie Star Rating : 5.2  Read More

James Bond helps a Russian General escape into the west. He soon finds out that the KGB wants to kill him for helping the General. A little while later the General is kidnapped from the Secret Service leading 007 to be suspicious.
Movie Star Rating : 6.3  Read More

Three kids hire a low-budget bodyguard to protect them from the playground bully, not realising he is just a homeless beggar and petty thief looking for some easy cash.
Movie Star Rating : 5.5  Read More

The Candyman, a murderous soul with a hook for a hand, is accidentally summoned to reality by a skeptic grad student researching the monster's myth.
Movie Star Rating : 6.2  Read More

When some very creepy things start happening around school, the kids at Herrington High make a chilling discovery that confirms their worst suspicions: their teachers really are from another planet! As mind-controlling parasites rapidly begin spreading from the faculty to the students' bodies, it's ultimately up to the few who are left – an unlikely collection of loners, leaders, nerds and jocks – to save the world from alien domination.
Movie Star Rating : 6.2  Read More

In 1985, against the backdrop of Thatcherism, Brian Jackson enrolls in the University of Bristol, a scholarship boy from seaside Essex with a love of knowledge for its own sake and a childhood spent watching "University Challenge," a college quiz show. At Bristol he tries out for the Challenge team and falls under the spell of Alice, a lovely blond with an extensive sexual past.
Movie Star Rating : 6.5  Read More