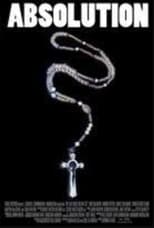 Bettina Lloyd, a journalist whose career never really took off, is sent by her editor in chief to her small-town birthplace in Ohio, where the Roman Catholic church is taking serious the claims for a series of alleged medical miracles. Of course she also gets in contact again with the people from her past, such as her brother Ben, a school coach, and her father, who feels that his daughter should concentrate on starting a family to give him grandchildren, not on a career, thats for the son.