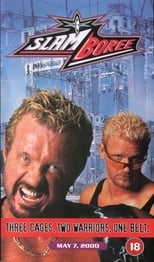 At the Show of Shows, John Cena has a chance to rewrite history when he challenges The Rock for the WWE Championship. A brash, remorseless CM Punk seeks the ultimate claim to immortality by attempting to do what no one has done before him - defeat the Undertaker at WrestleMania, ending his double decade-long Streak. Brock Lesnar and Triple H collide in a No Holds Barred showdown where The Game’s illustrious career is on the line. This is the place where legends are made. This is WrestleMania.
Movie Star Rating : 7.1  Read More

The Rock and John Cena collide in the most anticipated WrestleMania face-off in history, an epic match that will forever define the legacies of these icons. The Deadman stakes his entire legacy on one battle with Triple H inside the nightmarish prison they immortalized, Hell In A Cell, with The Heartbreak Kid Shawn Michaels as special guest referee. WWE Champion CM Punk faces off against Chris Jericho in the explosive clash of revolutionaries that will determine which man truly is “The Best In The World.” Daniel Bryan defends his title against a riled-up and ruthless Sheamus, who will have to fight through The Submission Specialist’s tactics to claim his first World Heavyweight Championship. Team Teddy takes on Team Johnny to determine which man will win total control of Raw and SmackDown. This was the twenty-eighth annual WrestleMania. It took place on April 1, 2012 at Sun Life Stadium in Miami Gardens, Florida. It is the highest grossing PPV event in professional wrestling history.
Movie Star Rating : 6.8  Read More

The Rock returns home to be The World’s Most Electrifying Host of WrestleMania XXVII from Atlanta, GA. The Great One will lay the SmackDown on all of the pomp and festivities that makes WrestleMania the world’s greatest, annual pop culture extravaganza. John Cena looks to dethrone the self-proclaimed “most must see WWE champion in history” the Miz. Undertaker’s legendary 18-0 WrestleMania winning streak has never been in greater peril when Triple H challenges the Phenom. Alberto Del Rio looks to fulfill his destiny and take Edge’s World Heavyweight Championship. A bitter and personal rivalry comes to a head when Randy Orton battles CM Punk.. All this and more when the Superstars of WWE invade the Georgia Dome for WrestleMania XXVII.
Movie Star Rating : 6.5  Read More

WrestleMania VI was the sixth WrestleMania professional wrestling pay-per-view event and the first to be held outside of the U.S. It took place on April 1, 1990 at the SkyDome in Toronto, Ontario with an announced then Skydome attendance record of 67,678. The event is arguably best remembered for "The Ultimate Challenge" - the main event match which saw Hulk Hogan (WWF Champion) vs The Ultimate Warrior (WWF Intercontinental Champion), in which both championship titles were on the line. On February 3, 1990, a week after Hogan and Warrior crossed paths in the 1990 Royal Rumble Match, Hogan put forth "The Ultimate Challenge" to the Warrior, and had to know whether Hulkamania or the power of the Warrior was the strongest force in the World Wrestling Federation. At WrestleMania VI, Brutus "The Barber" Beefcake was the first person to pin Mr. Perfect in a televised match, thus ending Perfect's lengthy undefeated streak.
Movie Star Rating : 8.6  Read More

Aging wrestler Randy "The Ram" Robinson is long past his prime but still ready and rarin' to go on the pro-wrestling circuit. After a particularly brutal beating, however, Randy hangs up his tights, pursues a serious relationship with a long-in-the-tooth stripper, and tries to reconnect with his estranged daughter. But he can't resist the lure of the ring and readies himself for a comeback.
Movie Star Rating : 7.3  Read More

The Champions of Justice

Mystery in the Bermuda Triangle

Hardened by years in foster care, a teenage girl from Brooklyn’s Brownsville neighborhood decides that wrestling boys is the only way back to her estranged father.
Movie Star Rating : 5.9  Read More

The World According to Garp

Based on the John Irving novel, this film chronicles the life of T S Garp, and his mother, Jenny. Whilst Garp sees himself as a "serious" writer, Jenny writes a feminist manifesto at an opportune time, and finds herself as a magnet for all manner of distressed women.
Movie Star Rating : 6.8  Read More

Batman: Under the Red Hood