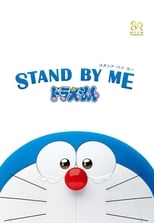 Stand by Me Doraemon

Is Doraemon ending this summer?

In the suburbs of Tokyo some time ago, there lived a clumsy boy about 10 years old. There appeared in front of him named Sewashi, Nobitas descendant of four generations later from the 22nd century, and Doraemon, a 22nd century cat-type caretaker robot who helps people with its secret gadgets. Sewashi claims that his family is suffering from the debts Nobita made even to his generation, so in order to change this disastrous future, he brought along Doraemon as Nobitas caretaker to bring happiness to his future, although Doraemon is not happy about this. And so Sewashi installed an accomplishment program into Doraemon forcing him to take care of Nobita. Unless he makes Nobita happy, Doraemon can no longer go back to the 22nd century. This is how the life of Doraemon and Nobita begins. Will Doraemon succeed this mission and return to the 22nd century? 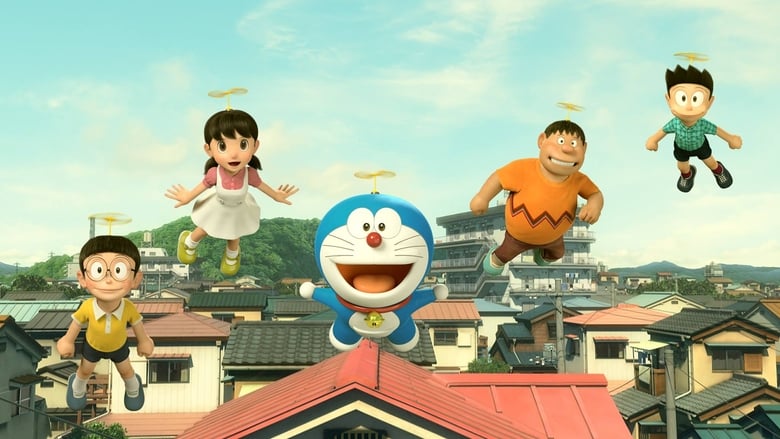 Similar Movies to Stand by Me Doraemon

After a global war, the seaside kingdom known as the Valley of the Wind remains one of the last strongholds on Earth untouched by a poisonous jungle and the powerful insects that guard it. Led by the courageous Princess Nausicaä, the people of the Valley engage in an epic struggle to restore the bond between humanity and Earth.
Movie Star Rating : 7.923  Read More

In the year 2029, the barriers of our world have been broken down by the net and by cybernetics, but this brings new vulnerability to humans in the form of brain-hacking. When a highly-wanted hacker known as 'The Puppetmaster' begins involving them in politics, Section 9, a group of cybernetically enhanced cops, are called in to investigate and stop the Puppetmaster.
Movie Star Rating : 7.913  Read More

Munich, Germany, 1923. Two years have passed since Edward Elric was dragged from his own world to ours, leaving behind his country, his friends and his younger brother, Alphonse. Stripped of his alchemical powers, he has been all this time researching rocketry together with Alphonse Heiderich, a young man who resembles his own brother, hoping to one day find a way back home. His efforts so far had proven fruitless, but after lending a hand to a troubled gipsy girl, Edward is thrown in a series of events that can wreak havoc in both worlds. Meanwhile, at his own world, Alphonse Elric ventures deeper into the mysteries of alchemy in search for a way to reunite with his older brother.
Movie Star Rating : 7.235  Read More

In the second installment of the Death Note film franchise, Light Yagami meets a second Kira and faithful follower Misa Amane and her Shinigami named Rem. Light attempts to defeat L along with Teru Mikami (a Kira follower) and Kiyomi Takada (another Kira follower) but in the end will Light win? or will a Shinigami named Ryuk make all the difference in Light's victory or his ultimate death?
Movie Star Rating : 6.875  Read More

Light Yagami finds the "Death Note," a notebook with the power to kill, and decides to create a Utopia by killing the world's criminals, and soon the world's greatest detective, "L," is hired to find the mysterious murderer. An all out battle between the two greatest minds on earth begins and the winner will control the world.
Movie Star Rating : 6.978  Read More

After defeating Frieza, Goku returns to Earth and goes on a camping trip with Gohan and Krillin. Everything is normal until Cooler - Frieza's brother - sends three henchmen after Goku. A long fight ensues between our heroes and Cooler, in which he transforms into the fourth stage of his evolution and has the edge in the fight... until Goku transforms into a Super Saiyan.
Movie Star Rating : 6.795  Read More

The evil Dr. Kochin uses the dragon balls to resurrect his mentor, Dr. Wheelo, in an effort to take over the world. Dr. Wheelo, his body having been destroyed by the avalanche that killed him fifty years before, desires the body of the strongest fighter in the world as his new vessel. Believing Roshi to be the world's strongest warrior, Dr. Kochin abducts Bulma and forces Roshi to surrender himself to save her. When Goku hears of their abduction, he goes to their rescue.
Movie Star Rating : 6.366  Read More

Bardock, Son Goku's father, is a low-ranking Saiyan soldier who was given the power to see into the future by the last remaining alien on a planet he just destroyed. He witnesses the destruction of his race and must now do his best to stop Frieza's impending massacre.
Movie Star Rating : 7.443  Read More

It has been thirteen years since the Androids began their killing rampage and Son Gohan is the only person fighting back. He takes Bulma's son Trunks as a student and even gives his own life to save Trunks's. Now Trunks must figure out a way to change this apocalyptic future
Movie Star Rating : 7.48  Read More