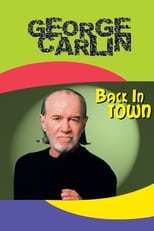 George Carlin: Back in Town

Back in Town is George Carlins ninth HBO special. It was also released on CD on September 17, 1996. This was also his first of many performances at the Beacon Theater in New York City. He rants about Abortion, The death penalty, prison farms, fart jokes, free floating hostility and words. 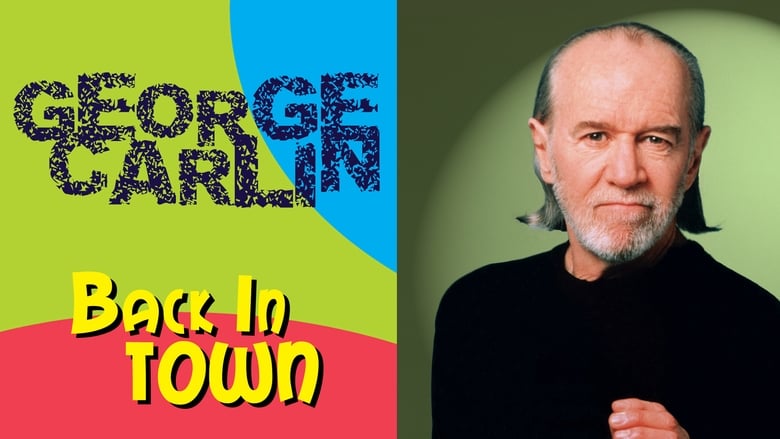 Similar Movies to George Carlin: Back in Town

Lester Burnham, a depressed suburban father in a mid-life crisis, decides to turn his hectic life around after developing an infatuation with his daughter's attractive friend.
Movie Star Rating : 8.043  Read More

Dr. Strangelove or: How I Learned to Stop Worrying and Love the Bomb

After the insane General Jack D. Ripper initiates a nuclear strike on the Soviet Union, a war room full of politicians, generals and a Russian diplomat all frantically try to stop the nuclear strike.
Movie Star Rating : 8.15  Read More

The true story of pianist Władysław Szpilman's experiences in Warsaw during the Nazi occupation. When the Jews of the city find themselves forced into a ghetto, Szpilman finds work playing in a café; and when his family is deported in 1942, he stays behind, works for a while as a laborer, and eventually goes into hiding in the ruins of the war-torn city.
Movie Star Rating : 8.367  Read More

Mother and daughter bicker over everything - what Anna wears, whom she likes and what she wants to do when she's older. In turn, Anna detests Tess's fiancé. When a magical fortune cookie switches their personalities, they each get a peek at how the other person feels, thinks and lives.
Movie Star Rating : 6.348  Read More

Shaun of the Dead

Shaun lives a supremely uneventful life, which revolves around his girlfriend, his mother, and, above all, his local pub. This gentle routine is threatened when the dead return to life and make strenuous attempts to snack on ordinary Londoners.
Movie Star Rating : 7.52  Read More

In 1973, 15-year-old William Miller's unabashed love of music and aspiration to become a rock journalist lands him an assignment from Rolling Stone magazine to interview and tour with the up-and-coming band, Stillwater.
Movie Star Rating : 7.48  Read More

Heroin addict Mark Renton stumbles through bad ideas and sobriety attempts with his unreliable friends - Sick Boy, Begbie, Spud and Tommy. He also has an underage girlfriend, Diane, along for the ride. After cleaning up and moving from Edinburgh to London, Mark finds he can't escape the life he left behind when Begbie shows up at his front door on the lam, and a scheming Sick Boy follows.
Movie Star Rating : 7.979  Read More