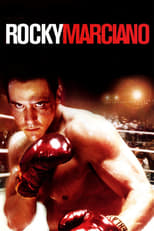 Step into the ring with one of Americas greatest legends...and stand a couple of rounds with greatness! "Pulling no punches" (LA Daily News), Jon Favreau (Swingers) and OscarÂ(r) winner* George C. Scott give TKO performances in this outstanding biography of the only undefeated world heavyweight champion in the history of boxing! In the small blue-collar town of Brockton, Massachusetts, young Rocky Marciano (Favreau) turns to the ring as his ticket out. Training twice as hard and twice as long as anyone else, he pounds his way to victory and his reputation quickly spreads as "the guy to beat." But behind the gloves Rocky is unhappy with his gift and hes thinking of retiring. So, with the fate of his career hanging in the balance, he finds a way to unleash his thunder againthis time against his biggest hero: Joe Louis! 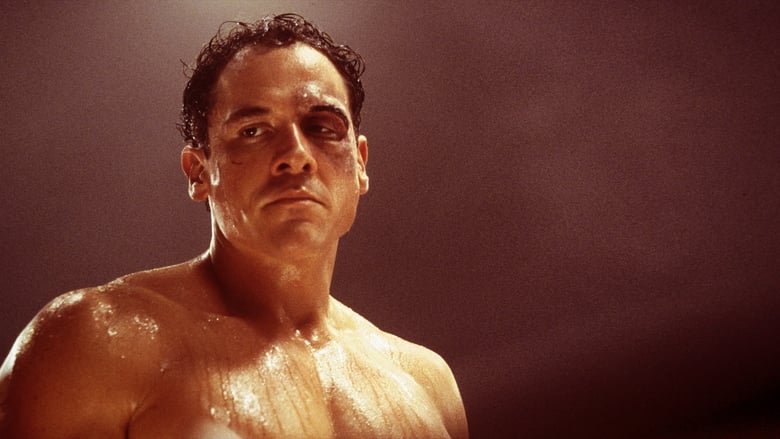 Like millions of kids around the world, Santiago harbors the dream of being a professional footballer... However, living in the Barrios section of Los Angeles, he thinks it is only that-a dream. Until one day an extraordinary turn of events has him trying out for Premiership club Newcastle United.
Movie Star Rating : 6.5  Read More

A small, turbulent town in Texas obsesses over their high school football team to an unhealthy degree. When the star tailback, Boobie Miles, is seriously injured during the first game of the season, all hope is lost, and the town's dormant social problems begin to flare up. It is left to the inspiring abilities of new coach Gary Gaines to instill in the other team members - and, by proxy, the town itself - a sense of self-respect and honor.
Movie Star Rating : 6.9  Read More

Maverick old-guard coach Jimmy McGinty is hired in the wake of a players' strike to help the Washington Sentinels advance to the playoffs. But that impossible dream hinges on whether his replacements can hunker down and do the job. So, McGinty dusts off his secret dossier of ex-players who never got a chance (or screwed up the one they were given) and knits together a bad-dream team of guys who just may give the Sentinels their title shot.
Movie Star Rating : 6.5  Read More

The story is set at the 1972 Munich Olympics where the U.S. team lost the basketball championship for the first time in 36 years. The final moments of the final game have become one of the most controversial events in Olympic history. With play tied, the score table horn sounded during a second free throw attempt that put the U.S. ahead by one. But the Soviets claimed they had called for a time out before the basket and confusion ensued. The clock was set back by three seconds twice in a row and the Russians finally prevailed at the very last. The U.S. protested, but a jury decided in the USSR’s favor and Team USA voted unanimously to refuse its silver medals. The Soviet players have been treated as heroes at home.
Movie Star Rating : 7.7  Read More

Pro quarter-back, Paul Crewe and former college champion and coach, Nate Scarboro are doing time in the same prison. Asked to put together a team of inmates to take on the guards, Crewe enlists the help of Scarboro to coach the inmates to victory in a football game 'fixed' to turn out quite another way.
Movie Star Rating : 6.5  Read More

Ray Kinsella is an Iowa farmer who hears a mysterious voice telling him to turn his cornfield into a baseball diamond. He does, but the voice's directions don't stop - even after the spirits of deceased ballplayers turn up to play.
Movie Star Rating : 7.2  Read More

After Rocky goes the distance with champ Apollo Creed, both try to put the fight behind them and move on. Rocky settles down with Adrian but can't put his life together outside the ring, while Creed seeks a rematch to restore his reputation. Soon enough, the "Master of Disaster" and the "Italian Stallion" are set on a collision course for a climactic battle that is brutal and unforgettable.
Movie Star Rating : 7.2  Read More

A lifetime of taking shots has ended Rocky’s career, and a crooked accountant has left him broke. Inspired by the memory of his trainer, however, Rocky finds glory in training and takes on an up-and-coming boxer.
Movie Star Rating : 5.6  Read More

Billy "The Great" Hope, the reigning junior middleweight boxing champion, has an impressive career, a loving wife and daughter, and a lavish lifestyle. However, when tragedy strikes, Billy hits rock bottom, losing his family, his house and his manager. He soon finds an unlikely savior in Tick Willis, a former fighter who trains the city's toughest amateur boxers. With his future on the line, Hope fights to reclaim the trust of those he loves the most.
Movie Star Rating : 7.4  Read More