The Dark Knight of Gotham City confronts a dastardly duo: Two-Face and the Riddler. Formerly District Attorney Harvey Dent, Two-Face believes Batman caused the courtroom accident which left him disfigured on one side. And Edward Nygma, computer-genius and former employee of millionaire Bruce Wayne, is out to get the philanthropist; as The Riddler. Former circus acrobat Dick Grayson, his family killed by Two-Face, becomes Waynes ward and Batmans new partner Robin. 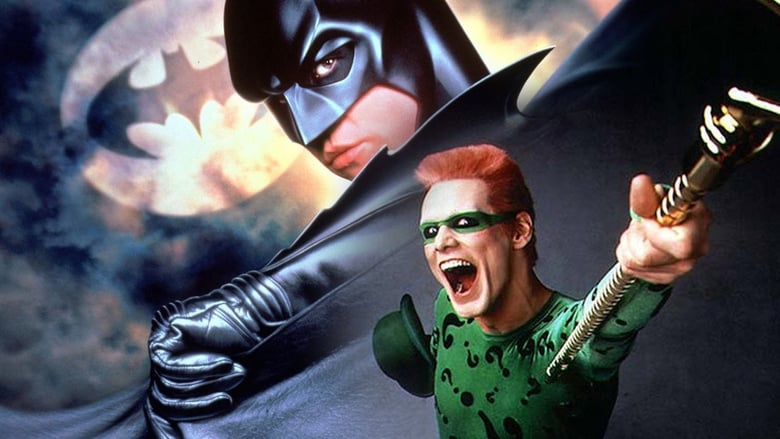 Mild-mannered Clark Kent works as a reporter at the Daily Planet alongside his crush, Lois Lane. Clark must summon his superhero alter-ego when the nefarious Lex Luthor launches a plan to take over the world.
Movie Star Rating : 6.9  Read More

Batman raises the stakes in his war on crime. With the help of Lt. Jim Gordon and District Attorney Harvey Dent, Batman sets out to dismantle the remaining criminal organizations that plague the streets. The partnership proves to be effective, but they soon find themselves prey to a reign of chaos unleashed by a rising criminal mastermind known to the terrified citizens of Gotham as the Joker.
Movie Star Rating : 8.3  Read More

Three escaped criminals from the planet Krypton test the Man of Steel's mettle. Led by Gen. Zod, the Kryptonians take control of the White House and partner with Lex Luthor to destroy Superman and rule the world. But Superman, who attempts to make himself human in order to get closer to Lois, realizes he has a responsibility to save the planet.
Movie Star Rating : 6.5  Read More

Driven by tragedy, billionaire Bruce Wayne dedicates his life to uncovering and defeating the corruption that plagues his home, Gotham City. Unable to work within the system, he instead creates a new identity, a symbol of fear for the criminal underworld - The Batman.
Movie Star Rating : 7.5  Read More

Superman returns to discover his 5-year absence has allowed Lex Luthor to walk free, and that those he was closest to felt abandoned and have moved on. Luthor plots his ultimate revenge that could see millions killed and change the face of the planet forever, as well as ridding himself of the Man of Steel.
Movie Star Rating : 5.4  Read More

Having defeated the Joker, Batman now faces the Penguin - a warped and deformed individual who is intent on being accepted into Gotham society. Crooked businessman Max Schreck is coerced into helping him become Mayor of Gotham and they both attempt to expose Batman in a different light. Selina Kyle, Max's secretary, is thrown from the top of a building and is transformed into Catwoman - a mysterious figure who has the same personality disorder as Batman. Batman must attempt to clear his name, all the time deciding just what must be done with the Catwoman.
Movie Star Rating : 6.7  Read More

A young boy learns that he has extraordinary powers and is not of this earth. As a young man, he journeys to discover where he came from and what he was sent here to do. But the hero in him must emerge if he is to save the world from annihilation and become the symbol of hope for all mankind.
Movie Star Rating : 6.5  Read More

Fearing the actions of a god-like Super Hero left unchecked, Gotham City’s own formidable, forceful vigilante takes on Metropolis’s most revered, modern-day savior, while the world wrestles with what sort of hero it really needs. And with Batman and Superman at war with one another, a new threat quickly arises, putting mankind in greater danger than it’s ever known before.
Movie Star Rating : 5.8  Read More

Fuelled by his restored faith in humanity and inspired by Superman's selfless act, Bruce Wayne and Diana Prince assemble a team of metahumans consisting of Barry Allen, Arthur Curry and Victor Stone to face the catastrophic threat of Steppenwolf and the Parademons who are on the hunt for three Mother Boxes on Earth.
Movie Star Rating : 6.4  Read More

A heroic version of Lex Luthor from an alternate universe appears to recruit the Justice League to help save his Earth from the Crime Syndicate, an evil version of the League. What ensues is the ultimate battle of good versus evil in a war that threatens both planets and, through a devious plan launched by Batman's counterpart Owlman, puts the balance of all existence in peril.
Movie Star Rating : 7.1  Read More