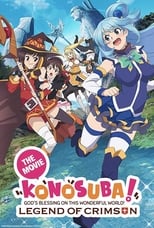 KonoSuba: Gods Blessing on this Wonderful World! Legend of Crimson

It is not strange that the Demon Lords forces fear the Crimson Demons, the clan from which Megumin and Yunyun originate. Even if the Demon Lords generals attack their village, the Crimson Demons can just easily brush them off with their supreme mastery of advanced and overpowered magic. When Yunyun receives a seemingly serious letter regarding a potential disaster coming to her hometown, she immediately informs Kazuma Satou and the rest of his party. After a series of wacky misunderstandings, it turns out to be a mere prank by her fellow demon who wants to be an author. Even so, Megumin becomes worried about her family and sets out toward the Crimson Demons village with the gang. There, Kazuma and the others decide to sightsee the wonders of Megumins birthplace. However, they soon come to realize that the nonsense threat they received might have been more than just a joke. 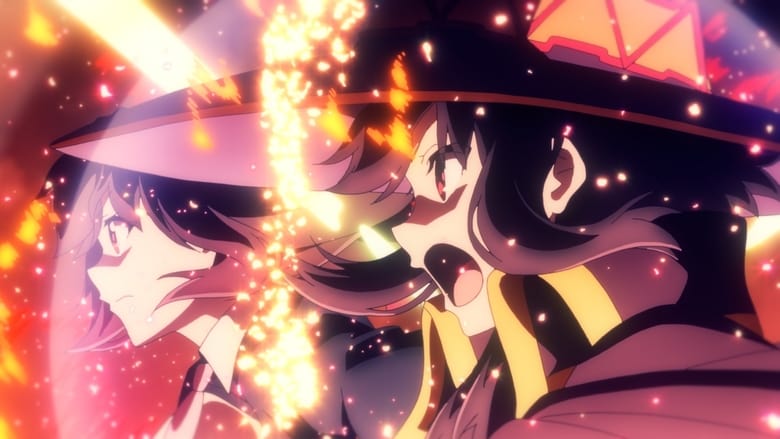 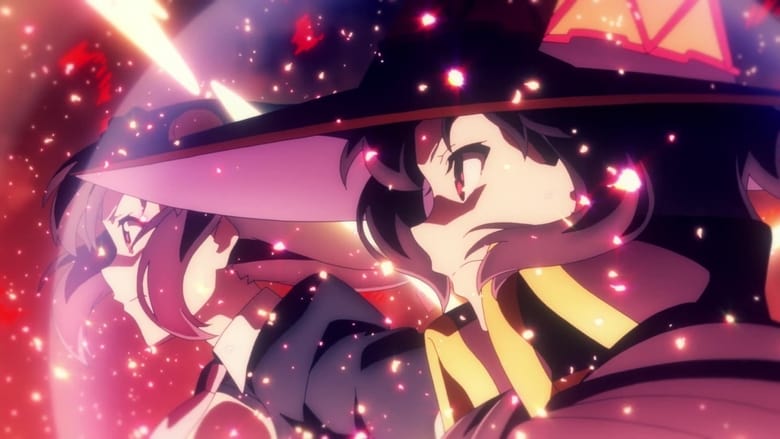 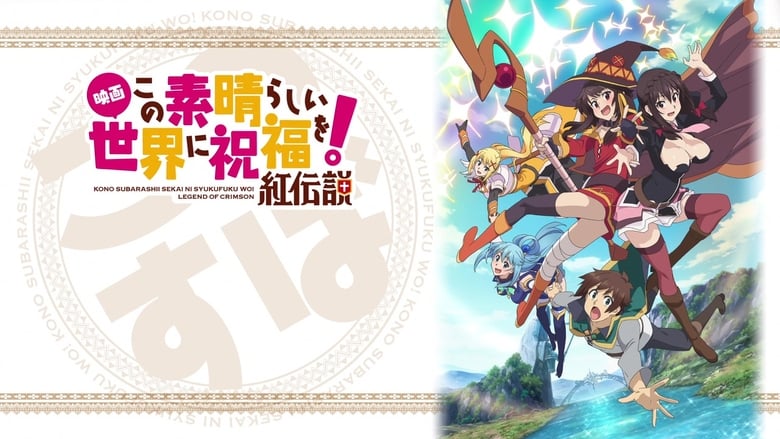 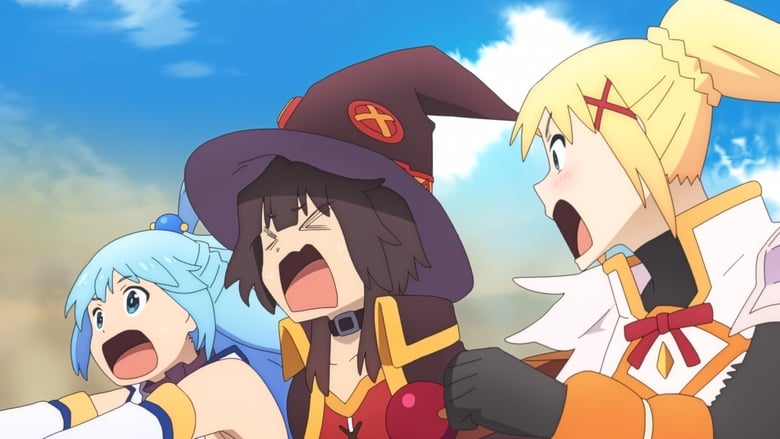 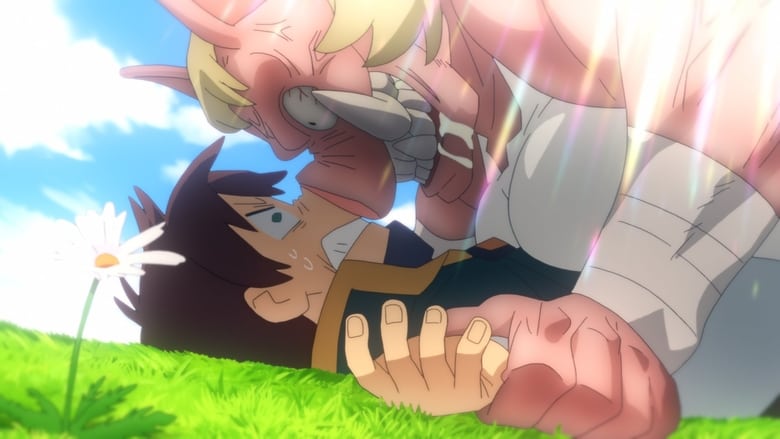 Similar Movies to KonoSuba: Gods Blessing on this Wonderful World! Legend of Crimson

Miyo "Muge" Sasaki is a peculiar second-year junior high student who has fallen in love with her classmate Kento Hinode. Muge resolutely pursues Kento every day, but he takes no notice of her. Nevertheless, while carrying a secret she can tell no one, Muge continues to pursue Kento. Muge discovers a magic mask that allows her to transform into a cat named Tarō. The magic lets Muge get close to Kento, but eventually it may also make her unable to transform back to a human.
Movie Star Rating : 8.1  Read More

Luca follows in his father's footsteps to rescue his mother from evil Ladja. Finding the heavenly hero who wields the Zenithian sword is his only hope.
Movie Star Rating : 6.8  Read More

The Irregular at Magic High School: The Girl Who Summons the Stars

In the story, the seasons have changed and it will soon be the second spring. Tatsuya and Miyuki have finished their first year at First Magic High School and are on their spring break. The two go to their villa on the Ogasawara Island archipelago. After only a small moment of peace a lone young woman named Kokoa appears before them. She has abandoned the Naval base and she tells Tatsuya her one wish.
Movie Star Rating : 5.6  Read More

High schooler Yuu and his friend Haru get involved in a case involving his childhood friend Kotona, which forces them to go back and forth between another world that is different but is somewhat similar to their world, Ni no Kuni. The real world and Ni no Kuni, when Kotona's life is in danger, what's the ultimate choice the three of them have to make in Ni no Kuni?
Movie Star Rating : 6.5  Read More

Emiya Shirou is a young magus who attends Homurahara Academy in Fuyuki City. One day after cleaning the Archery Dojo in his school, he catches a glimpse of a fight between superhuman beings, and he gets involved in the Holy Grail War, a ritual where magi called Masters fight each other with their Servants to win the Holy Grail. Shirou joins the battle to stop an evildoer from winning the Grail and to save innocent people, but everything goes wrong when a mysterious "Shadow" begins to indiscriminately kill people in Fuyuki...
Movie Star Rating : 7.4  Read More

No Game No Life: Zero

In ancient Disboard, Riku is an angry, young warrior intent on saving humanity from the warring Exceed, the sixteen sentient species, fighting to establish the "One True God" amongst the Old Deus. In a lawless land, humanity's lack of magic and weak bodies have made them easy targets, leaving them on the brink of extinction. One day, hope returns to humanity when Riku finds a powerful female Ex-machina, whom he names Schwi. Exiled from her Cluster because of her research into human emotions, Schwi is convinced that humanity has only survived due to the power of these feelings. Forming an unlikely partnership in the midst of the overwhelming chaos, Riku and Schwi must now find the answers to their individual shortcomings in each other, and discover for themselves what it truly means to be human as they fight for their lives against all odds. Each with a powerful new ally in tow, it is now up to them to prevent the extinction of the human race and establish peace throughout Disboard!
Movie Star Rating : 7.9  Read More

Subaru and friends finally get a moment of peace, and Subaru goes on a certain secret mission that he must not let anyone find out about! However, even though Subaru is wearing a disguise, Petra and other children of the village immediately figure out who he is. Now that his mission was exposed within five seconds of it starting, what will happen with Subaru's "date course" with Emilia?
Movie Star Rating : 6.4  Read More

Castle in the Sky

A young boy and a girl with a magic crystal must race against pirates and foreign agents in a search for a legendary floating castle.
Movie Star Rating : 8  Read More

Saint Seiya: The Heated Battle of the Gods

In Siberia, Hyōga saves a man that is being attacked. Injured, the man manages only to say something about Asgard. Some days later, Saori, Seiya, Shiryū and Shun are wondering about Hyōga and decide to go to Asgard to investigate. At Valhalla, the Lord of Asgard, Dolbar, says he has not heard of any Hyōga and neither has his right hand, Loki. However, at all times Seiya and the others can feel an evil cosmo emanating from Loki and the other Odin Saints called God Warriors. Shiryū, in particular, notices a familiar cosmo coming from Midgard, a mysterious, masked God Warrior. Dolbar makes it clear that he is trying to take control of both Asgard and the Sanctuary, imprisoning Athena in a strange dimension within the giant statue of Odin. Midgard reveals himself as Hyōga and tries to kill Shiryū to prove himself to Dolbar. Thus, it is the task of the Bronze Saints to defeat Dolbar, Loki and the rest of the God Warriors, to save Athena and Hyōga.
Movie Star Rating : 7.4  Read More

Living a bleak existence at a London orphanage, 12-year-old Peter finds himself whisked away to the fantastical world of Neverland. Adventure awaits as he meets new friend James Hook and the warrior Tiger Lily. They must band together to save Neverland from the ruthless pirate Blackbeard. Along the way, the rebellious and mischievous boy discovers his true destiny, becoming the hero forever known as Peter Pan.
Movie Star Rating : 6  Read More