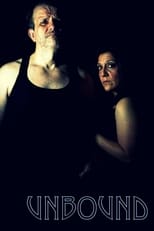 Love will make you do evil things.

Julius Fonteneau has decided to take the law into his own hands after his daughter has gone missing. His only friend supports him while his wife resents him and the police are growing suspicious of his intentions. He must determine right from wrong and make the ultimate decision to kill the man he believes to have taken his daughter

A Reno singer witnesses a mob murder and the cops stash her in a nunnery to protect her from the mob's hitmen. The mother superior does not trust her, and takes steps to limit her influence on the other nuns. Eventually the singer rescues the failing choir and begins helping with community projects, which gets her an interview on TV—and identification by the mob.
Movie Star Rating : 6.809  Read More

When a woman's father goes missing, she enlists a local to aid in her search. The pair soon discover that her father has died at the hands of a wealthy sportsman who hunts homeless men as a form of recreation.
Movie Star Rating : 6.29  Read More

Chrissie and her friends set out on a road trip for a final fling before one is shipped off to Vietnam. Along the way, bikers harass the foursome and cause an accident that throws Chrissie from the vehicle. The lawman who arrives on the scene kills one of the bikers and brings Chrissie's friends to the Hewitt homestead, where young Leatherface is learning the tools of terror.
Movie Star Rating : 6.06  Read More

Dr. Louis Creed's family moves into the country house of their dreams and discover a pet cemetery at the back of their property. The cursed burial ground deep in the woods brings the dead back to life - with "minor" problems. At first, only the family's cat makes the return trip, but an accident forces a heartbroken father to contemplate the unthinkable.
Movie Star Rating : 6.58  Read More

After being wrongfully expelled from Harvard University, American Matt Buckner flees to his sister's home in England. Once there, he is befriended by her charming and dangerous brother-in-law, Pete Dunham, and introduced to the underworld of British football hooliganism. Matt learns to stand his ground through a friendship that develops against the backdrop of this secret and often violent world. 'Green Street Hooligans' is a story of loyalty, trust and the sometimes brutal consequences of living close to the edge.
Movie Star Rating : 7.231  Read More

Out-of-control, trash-talking buddy cops Marcus Burnett and Mike Lowrey of the Miami Narcotics Task Force reunite, and bullets fly, cars crash and laughs explode as they pursue a whacked-out drug lord from the streets of Miami to the barrios of Cuba. But the real fireworks result when Marcus discovers that playboy Mike is secretly romancing Marcus’ sexy sister.
Movie Star Rating : 6.575  Read More

When Bella Swan moves to a small town in the Pacific Northwest, she falls in love with Edward Cullen, a mysterious classmate who reveals himself to be a 108-year-old vampire. Despite Edward's repeated cautions, Bella can't stay away from him, a fatal move that endangers her own life.
Movie Star Rating : 6.292  Read More

On New Year's Eve, inside a police station that's about to be closed for good, officer Jake Roenick must cobble together a force made up cops and criminals to save themselves from a mob looking to kill mobster Marion Bishop.
Movie Star Rating : 6.133  Read More

Manu has lived a difficult life. Abused and violently raped, she sets off to find herself only to meet Nadine, a prostitute who has encountered one too many injustices in the world. Angry at the world, they embark on a twisted, rage-filled road trip. They choose to have sex when they please and kill when they need. Leaving a trail of mischief and dead bodies in their wake. Generating a media blitz and manhunt, soon everyone is out to capture the young fugitives.
Movie Star Rating : 4.287  Read More

No Country for Old Men

Llewelyn Moss stumbles upon dead bodies, $2 million and a hoard of heroin in a Texas desert, but methodical killer Anton Chigurh comes looking for it, with local sheriff Ed Tom Bell hot on his trail. The roles of prey and predator blur as the violent pursuit of money and justice collide.
Movie Star Rating : 7.913  Read More