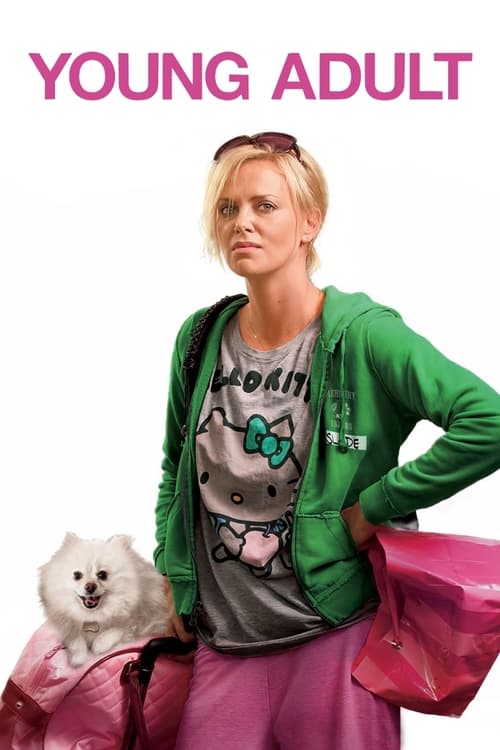 Tagline : Everyone gets old. Not everyone grows up.

Plot : A divorced writer from the Midwest returns to her hometown to reconnect with an old flame, who's now married with a family. 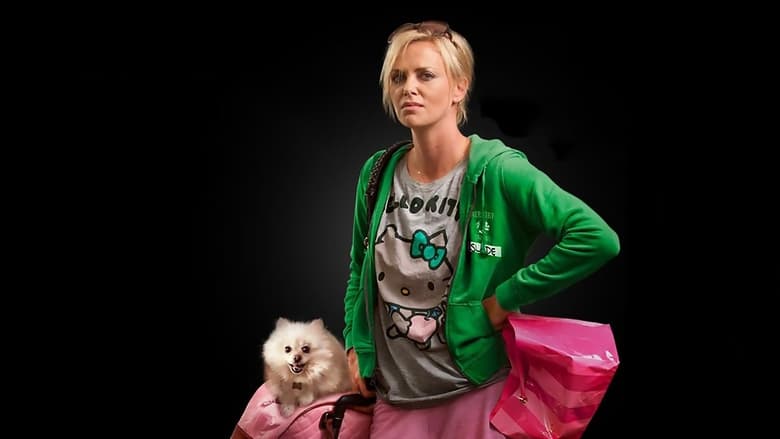 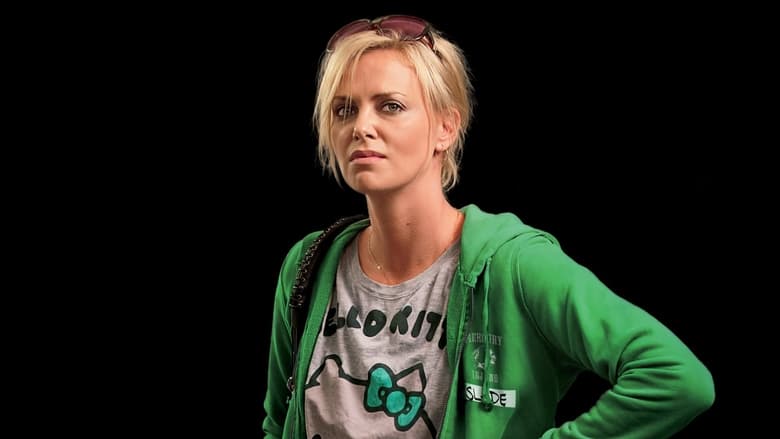 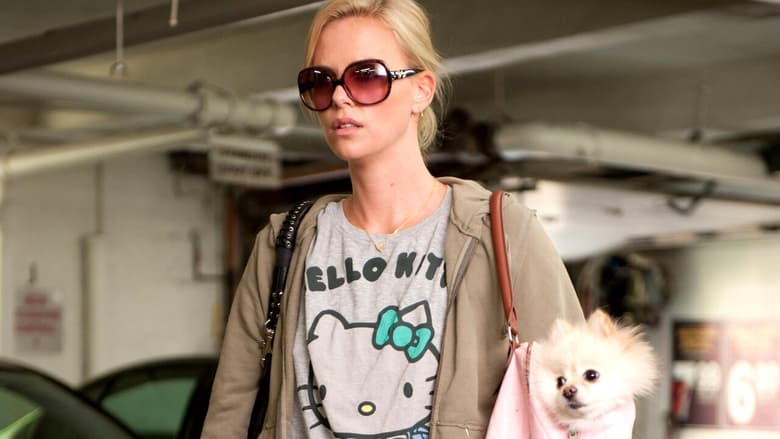 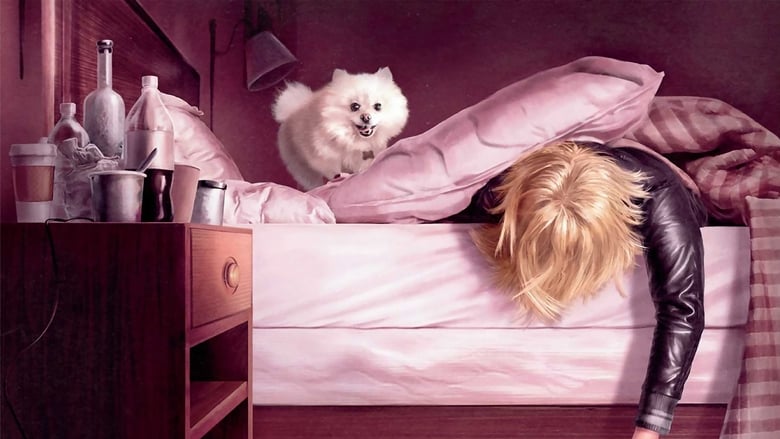 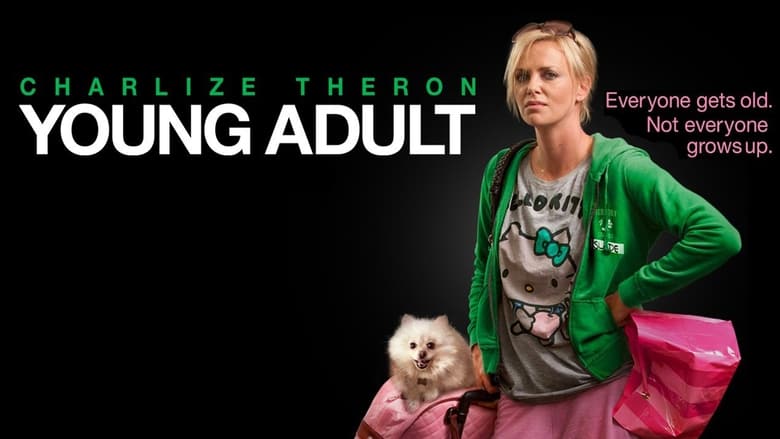 Young Adult tells the story of 37-year-old Mavis Gary – a pathologically unhappy, immature, egotistical girl in a grown woman's body. Upon hearing of her ex-boyfriend's new born baby, she decides that they are still meant for each other, and the fact that he is now happily married to The Perfect Woman is but a minor detail on their road to eternal bliss. More simply put… Mavis is bat s*** crazy. Going into this movie, I thought it was going to be a hilarious comedy, full of LOL moments. Actually it is nothing of the sort. Thinking about it, seeing the way this "adult" woman lives out her life (sleeping till noon, living in a pigsty, forgetting to take care of her dog and playing children's video games), is really incredibly sad. No, it's pathetic. She is the author of 'young adult' books, which in any other case is a perfectly fine job, except in hers it basically means she vicariously lives the life of her main character – a high school girl. This is the emotional level Mavis is stuck in. Hearing about her ex-boyfriend's baby stirs an awkward obsession in Mavis. She packs her bags and returns to her small hometown in Minnesota – completely convinced that she and her ex Buddy are destined to be together. Back home, it's obvious the people she left behind know her a little better than she knows herself. Basically, everybody knows her… and everybody hates her. And who can blame them… Mavis is quite simply the most childish, entitled, RIDICULOUSLY selfish woman there ever was. Thankfully there's at least one old acquaintance from her past who's willing to look beyond all that. His name is Matt, he walks with a crutch because he once was the victim of a horrible hate crime, and he is the only one who listens to her. What I love about this story is the fact that, although it starts out as a comedy, it gradually flows and meanders into a beautifully crafted, delicate character drama. Mavis, at first sight, is a hysterical character, but it doesn't take a rocket scientist to see that this woman has some deep seeded issues, no matter how hard she tries to cover up for it. Mavis is played wonderfully by Charlize Theron, who delivers one of her most hilarious, yet at the same time, understated performances to date. She could have easily gone overboard with this character, but somehow manages to humanize this completely unlikable woman. In fact, I'm willing to state that about 80% of Young Adult 'works' because of her. She displays some of her best work in two very intense scenes, where Mavis' sky high ego comes crashing down, leaving her remarkably exposed and vulnerable. That right there was some truly wonderful acting on her part. Matt is played very amiably by Patton Oswalt, who seems to be the only character in town with any emotional intelligence. Although this character may be a bit of a cliché (the wise, sympathetic loser with a physical disability and a traumatizing past), that's OK because it works. Oswalt's acting clearly takes a shot at versatility and he passed with flying colours, as far as I'm concerned. I love the script. Penned by Diablo Cody (writer of Juno), it's full of sharp, sassy character traits and dialogue, while remaining very subtle and human. As a story, it doesn't honestly have that much to offer but it's a joy to watch for the high quality of 'human relatableness', I guess I could call it. Actually, I can't really think of any major flaws. It has an awesome soundtrack, all the actors are very well cast and the direction was placed perfectly in the very capable hands of Jason Reitman. This is a small film, about basic, non-glamorous human behavior and a big girl who might find happiness yet, if only she wants it badly enough. Highly recommended. _(January 2015)_

When an exclusive clique of teenage socialites accidentally murder their best friend on the morning of her birthday, the three girls responsible conspire to hide the truth.
Movie Star Rating : 6.3  Read More

Herbert West once again revives the dead. This time, he brings Dan's ex-girlfriend's heart back inside a 'perfect' body. Dr. Hill returns as the evil nemesis who lost his head.
Movie Star Rating : 6.2  Read More

After winning his first competition, Takumi focuses his attention on drift racing, a sport he has unknowingly perfected while delivering tofu in his father's Toyota AE86.
Movie Star Rating : 6.8  Read More

Three generations of men, including a pervert that constantly seeks for new kinds of satisfaction, an obese speed eater and a passionate embalmer.
Movie Star Rating : 6.6  Read More

Stingo, a young writer, moves to Brooklyn in 1947 to begin work on his first novel. As he becomes friendly with Sophie and her lover Nathan, he learns that she is a Holocaust survivor. Flashbacks reveal her harrowing story, from pre-war prosperity to Auschwitz. In the present, Sophie and Nathan's relationship increasingly unravels as Stingo grows closer to Sophie and Nathan's fragile mental state becomes ever more apparent.
Movie Star Rating : 7.4  Read More

An American writer in Rome is stalked by a serial killer bent on harassing him while killing all people associated with his work on his latest book.
Movie Star Rating : 6.8  Read More

Junior and his father, Ben, move from Cold River to Mortville. Junior becomes threatened by Ben's desire to date again and find a new mother for Junior, and sabotages each of his dates.
Movie Star Rating : 5.8  Read More