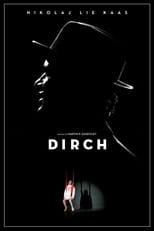 A biography of the Danish actor and comedian, Dirch Passer

Opening in the seductive style of the sixties, »A Funny Man« uncovers the perennial loneliness that comedian Dirch Passer (Nikolaj Lie Kaas) has found himself in after a fast-tracked rise to fame. He struggles between his own desire to gain critical respect and servicing the audience¿s needs. Costing his kindred friendship to on-stage partner Kjeld Petersen (Lars Ranthe) Dirch takes on Steinbecks classic »Of Mice and Men«, only for the audience to break out in laughter at his first line. Dirchs Lennie becomes a running joke, and so has, Dirch believes, his own life.

Similar Movies to A Funny Man

The love affair between poet Percy Shelley and Mary Wollstonecraft Godwin resulted in the creation of an immortal novel, “Frankenstein; or, The Modern Prometheus.”
Movie Star Rating : 7  Read More

A true story of two men who should never have met – a quadriplegic aristocrat who was injured in a paragliding accident and a young man from the projects.
Movie Star Rating : 8.2  Read More

England, early 20th century. The future writer and philologist John Ronald Reuel Tolkien (1892-1973) and three of his schoolmates create a strong bond between them as they share the same passion for literature and art, a true fellowship that strengthens as they grow up, but the outbreak of World War I threatens to shatter it.
Movie Star Rating : 6.9  Read More

A Beautiful Day in the Neighborhood

With their golden era long behind them, comedy duo Stan Laurel and Oliver Hardy embark on a variety hall tour of Britain and Ireland. Despite the pressures of a hectic schedule, and with the support of their wives Lucille and Ida – a formidable double act in their own right – the pair's love of performing, as well as for each other, endures as they secure their place in the hearts of their adoring public
Movie Star Rating : 7  Read More

In 1890, Catherine Weldon, a painter from New York, travels to North Dakota to paint a portrait of Sitting Bull and becomes involved in the struggle of the Lakota people to get the Government respects their rights over the land where they live.
Movie Star Rating : 6.8  Read More

The Birth of a Nation

Nat Turner, a former slave in America, leads a liberation movement in 1831 to free African-Americans in Virginia that results in a violent retaliation from whites.
Movie Star Rating : 6.6  Read More

My Left Foot: The Story of Christy Brown

In this true story told through flashbacks, Christy Brown is born with crippling cerebral palsy into a poor, working-class Irish family. Able only to control movement in his left foot and to speak in guttural sounds, he is mistakenly believed to have a intellectual disability for the first ten years of his life.
Movie Star Rating : 7.6  Read More

The Emperor of Paris

Paris, France, early 19th century. The legendary convict François Vidocq lives in disguise trying to escape from a tragic past that torments him. When, after an unfortunate event, he crosses paths with the police chief, he makes a bold decision that will turn the ruthless mastermind of the Parisian underworld against him.
Movie Star Rating : 6.4  Read More