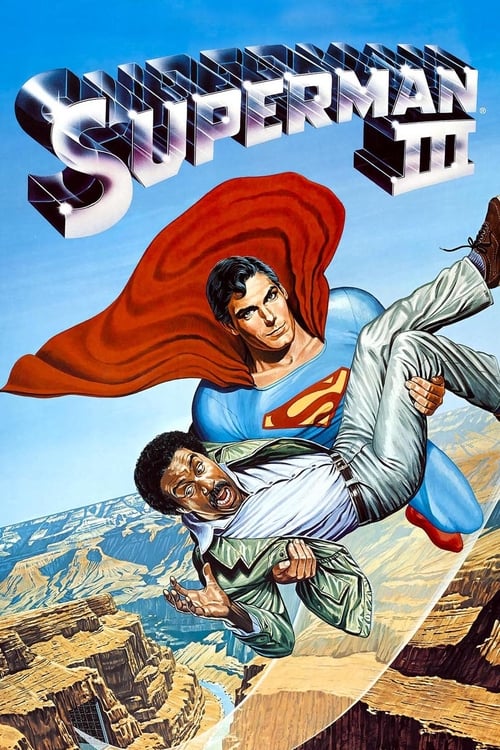 Tagline : If the world's most powerful computer can control even Superman...no one on earth is safe.

Plot : Aiming to defeat the Man of Steel, wealthy executive Ross Webster hires bumbling but brilliant Gus Gorman to develop synthetic kryptonite, which yields some unexpected psychological effects in the third installment of the 1980s Superman franchise. Between rekindling romance with his high school sweetheart and saving himself, Superman must contend with a powerful supercomputer. 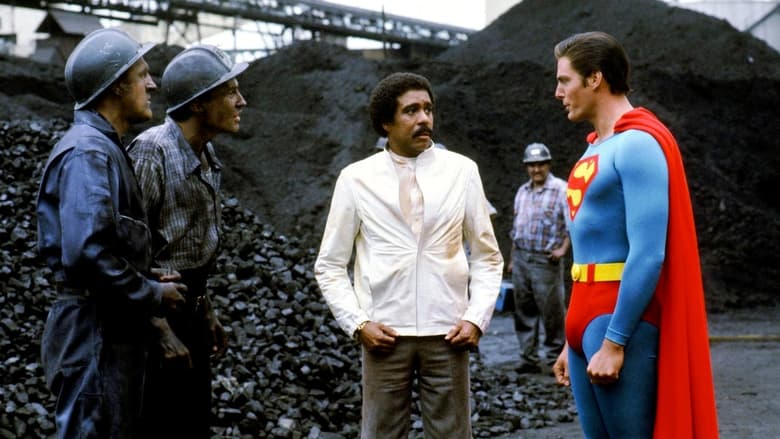 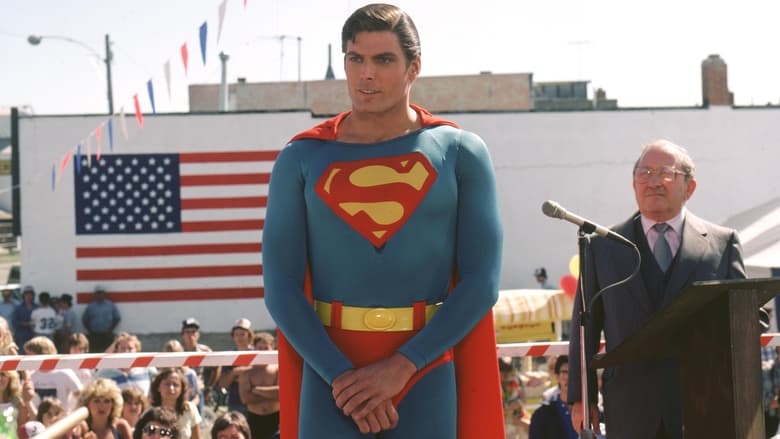 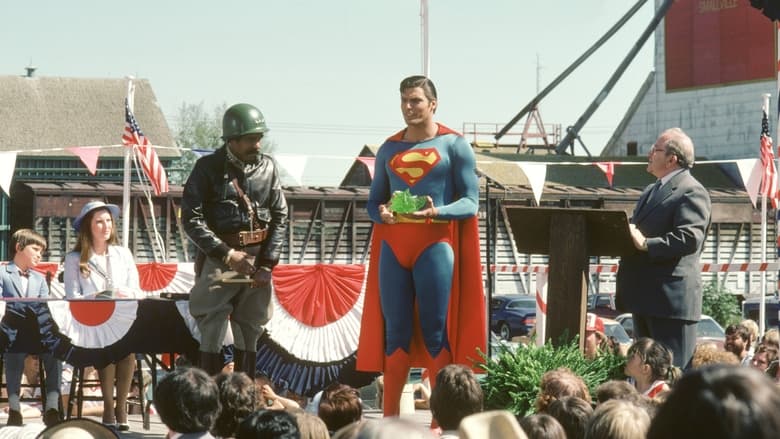 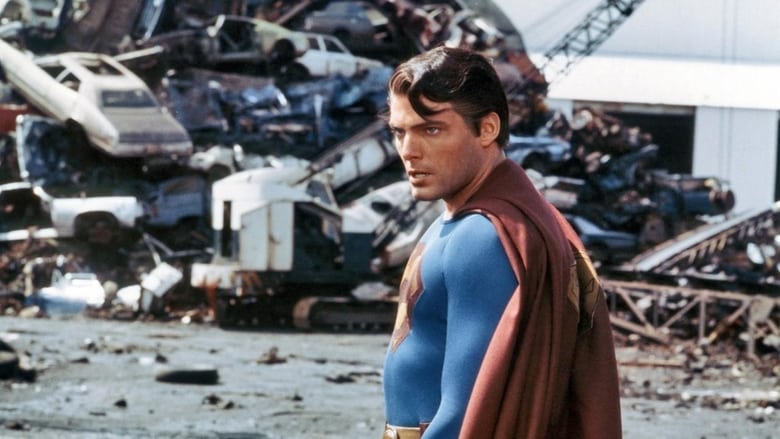 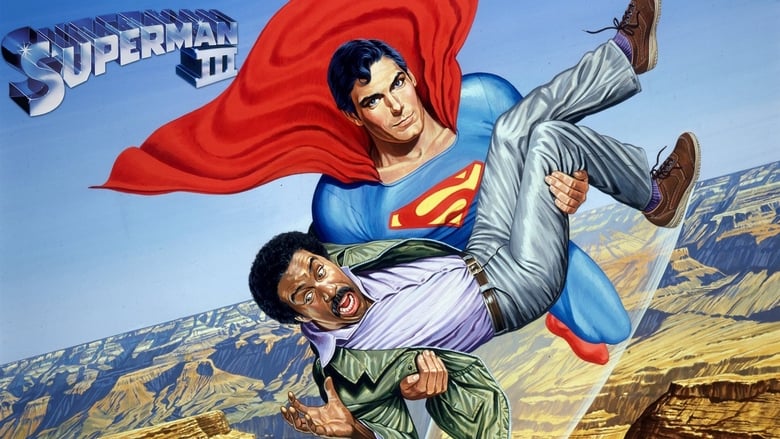 **Great sequel!** A funny, exciting Superman movie that includes the greatest scene in the franchise - the junkyard fight between Evil Supes and his nerdy counterpart, Clark Kent. Richard Pryor is hilarious as the hapless Gus Gorman - the computer programming genius with a heart. Robert Vaughn makes for a great villain and the special effects are top notch. So much more entertaining than the tedious bile that would come in later years - Superman Returns and the Henry Cavill rubbish. I remember sitting in the packed theater in 1983 and the whole audience thoroughly enjoying this - laughing and cheering in all the right places. And for those who claim the film is too silly - do they not remember Ned Beatty as the cretin Otis in Superman and Superman II - surely the stupidest character to grace the series. - Charles Dance

Never underestimate the power of computers. After being caught for a money making computer scam, Gus Gorman (Richard Pryor - wonderful) is recruited by unscrupulous multimillionaire Ross Webster (Robert Vaughn). With Gorman's computer expertise, Webster plans to take complete economic control. But first there is the considerable issue of eradicating Superman first... Richard Lester, as everyone now knows, inherited Superman 2 from the jettisoned Richard Donner. Here we have a complete Richard Lester Superman film, and from the extended slapstick opening we are aware that this is far lighter in tone than the previous two films. Lester's credits are steeped in comedy traditions, so it's no real surprise that Superman 3 is more airy comic book than troubled caped crusader. This is something that many franchise fans are completely unforgiving about. Which is a shame, because viewed as a comic book bit of nonsense it's a rather enjoyable film, certainly it's the one with the most fun approach. The action is very well put together, with a franchise highlight as Clark Kent (Christopher Reeve) gets to fight a clearly off kilter Superman (erm, Reeve again), and the comedy, if accepted on its own terms, is very rewarding. Annette O'Toole (adorable) takes the lead love interest role for this one, with Margo Kidder only along for cameo duties. Pamela Stephenson is on hand for some sex bomb side-kick to Vaughn work, and Annie Ross gest the bitch sibling role and gets her teeth and "wires" into it. All told, it's not a ground shaking superhero film, but it does work as entertainment if one can cast off the mythology of Superman and his fantastical complexities. To do so is not a crime against ones superhero beliefs, it's just an acceptance that this is a different approach, and that Superman 3's only real crime is not being as good as the two film's that preceded it. Hey, just think, "Quest For Peace" was around the corner... 6/10

_**More than it first appears**_ "Superman III" (1983) gets a lot of flack because of the inclusion of slapstick, a parody tone and Richard Pryor, but it is entertaining once you get used to the tone and the presence of Pryor. Christopher Reeve as Superman is good, of course, but you also have Robert Vaughn as the Luthor-like villain and Pamela Stephenson as his attractive female assistant a la Miss Teschmacher. The cast really excels with the inclusion of the beautiful Annette O'Toole as Lana Lang, a sort of replacement for Lois Lane, who barely appears. Annette is a pleasure to behold throughout. Once you get used to the too-goofy approach the film really takes off in the second half with Superman fighting his dark side, an obvious type of the inner conflict of flesh & spirit within us all. Even more, there's the satisfying redemption of a certain character that illustrates how a person can make a huge mistake and still be applicable for redemption, as long as he or she is willing. The film just leaves you with a good feeling. BOTTOM LINE: It's not great like the first two, but "Superman III" delivers if you overlook all the bashing and give it a chance. Richard Pryor is goofy, but likable while Annette O'Toole shines. Most of all, the movie is deeper than what meets the eye and effectively conveys powerful truths about the human condition and potential. The film runs 2 hours, 4 minutes. GRADE: B-/B

With the help of the "Dragon Sin of Wrath" Meliodas and the worst rebels in history, the Seven Deadly Sins, the "Holy War", in which four races, including Humans, Goddesses, Fairies and Giants fought against the Demons, is finally over. At the cost of the "Lion Sin of Pride" Escanor's life, the Demon King was defeated and the world regained peace. After that, each of the Sins take their own path.
Movie Star Rating : 7.8  Read More

Catwoman's attempt to steal a priceless jewel puts her squarely in the crosshairs of both a powerful consortium of villains and the ever-resourceful Interpol, not to mention Batwoman.
Movie Star Rating : 6  Read More

While under the care of the Outer Sailor Guardians, Hotaru begins to age rapidly. Then, the time comes for all the Sailor Guardians to reunite!
Movie Star Rating : 8.1  Read More

In the year 50 BC, Gaul is occupied by the Romans - nearly. But the small village of Asterix and his friends still resists the Roman legions with the aid of their druid's magic potion, which gives superhuman strength. Learning of this potion, a Roman centurion kidnaps the druid to get the secret formula out of him.
Movie Star Rating : 6.4  Read More

After losing in the ALCS the year before, the Cleveland Indians are determined to make it into the World Series this time! However, they first have to contend with Rachel Phelps again when she buys back the team.
Movie Star Rating : 5.7  Read More

Six high school seniors decide to break into the Princeton Testing Center so they can steal the answers to their upcoming SAT tests and all get perfect scores.
Movie Star Rating : 5.8  Read More

When LexCorp accidentally unleashes a murderous creature, Superman meets his greatest challenge as a champion. Based on the "The Death of Superman" storyline that appeared in DC Comics' publications in the 1990s.
Movie Star Rating : 6.7  Read More

When a cocky industrialist's efforts to raise an ancient Chinese temple leads him to be seriously wounded and captured by enemy forces, he must use his ideas for a revolutionary power armor in order to fight back as a superhero.
Movie Star Rating : 6.1  Read More

Billy is released after five years in prison. In the next moment, he kidnaps teenage student Layla and visits his parents with her, pretending she is his girlfriend and they will soon marry.
Movie Star Rating : 7.1  Read More

Exactly one year after young rock guitarist Eric Draven and his fiancée are brutally killed by a ruthless gang of criminals, Draven—watched over by a hypnotic crow—returns from the grave to exact revenge.
Movie Star Rating : 7.5  Read More