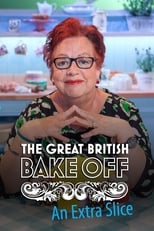 The Great British Bake Off- An Extra Slice

The Great British Bake Off: An Extra Slice, sometimes shortened to An Extra Slice is a British television show made by the BBC and filmed at The London Studios as a spin-off from the reality TV hit series The Great British Bake Off which airs on BBC One. Each week, host Jo Brand is joined by three different celebrity Bake Off fans. Jo shines a spotlight on the good, the bad and the soggy bottomed from the weeks episode with chat, unseen footage from the BBC One show and an interview with the weeks eliminated baker. The studio audience are challenged to bring a bake in from home from the weeks baking theme, be that bread, pastry, or cakes, and viewers are invited to share photos of their efforts too. 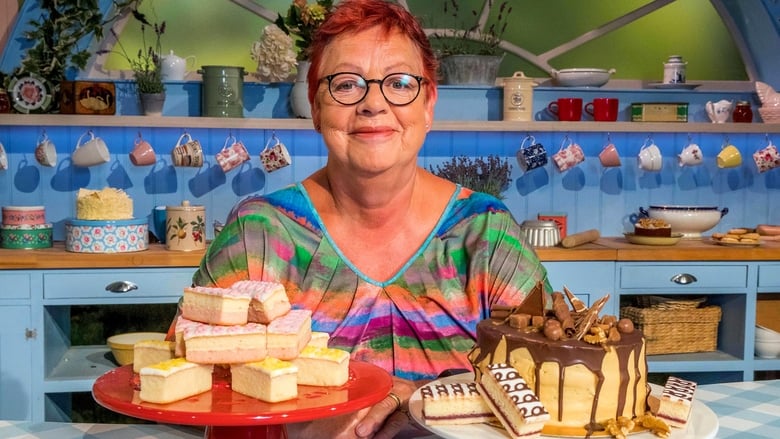 The search to find the greatest holiday baker begins as amateur bakers enter the kitchen, where they show off their family traditions and superb baking skills. To survive the challenges from week to week, they must prove their abilities in front of our tough-love judges.
TV Show Star Rating : 8.4  Read More

Aspiring restaurateurs brave Ramsay and his fiery command of the kitchen as he puts the competitors through an intense culinary academy to prove they possess the right combination of ingredients to win a life-changing grand prize.
TV Show Star Rating : 6.8  Read More

Iron Chef America: The Series is an American cooking show based on Fuji Television's Iron Chef, and is the second American adaptation of the series, following the failed Iron Chef USA. The show is produced by Food Network, which also carried a dubbed version of the original Iron Chef. Like the original Japanese program, the program is a culinary game show. In each episode, a new challenger chef competes against one of the resident "Iron Chefs" in a one-hour cooking competition based on a secret ingredient or ingredients, and sometimes theme. The show is presented as a successor to the original Iron Chef, as opposed to being a remake. The Chairman is portrayed by actor and martial artist Mark Dacascos, who is introduced as the nephew of the original Japanese chairman Takeshi Kaga. The commentary is provided solely by Alton Brown, & Kevin Brauch is the floor reporter. The music is written by composer Craig Marks, who released the soundtrack titled "Iron Chef America & The Next Iron Chef" by the end of 2010. In addition, regular ICA judge and Chopped host Ted Allen provided additional floor commentary for two special battles: Battle First Thanksgiving and Battle White House Produce.
TV Show Star Rating : 6.3  Read More

This hit cooking competition series sees award-winning chef Gordon Ramsay and other celebrity chefs put a group of contestants through a series of challenges and elimination rounds, in order to turn one home cook into a culinary master.
TV Show Star Rating : 7.3  Read More

The Great British Bake Off

This British television baking competition selects from amongst its competitors the best amateur baker. The series is credited with reinvigorating interest in baking throughout the UK, and many of its participants, including winners, have gone on to start a career based on baking.
TV Show Star Rating : 7.8  Read More

MasterChef Australia is a Logie Award-winning Australian competitive cooking game show based on the original British MasterChef. It is produced by Shine Australia and screens on Network Ten. Restaurateur and chef Gary Mehigan, chef George Calombaris and food critic Matt Preston serve as the show's main judges. Journalist Sarah Wilson hosted the first series, however her role was dropped at the end of the series.
TV Show Star Rating : 7.1  Read More

Iron Chef is a Japanese television cooking show produced by Fuji Television. The series, which premiered on October 10, 1993, is a stylized cook-off featuring guest chefs challenging one of the show's resident "Iron Chefs" in a timed cooking battle built around a specific theme ingredient. The series ended on September 24, 1999, although occasional specials were produced until 2002. The series aired 309 episodes. Repeats are regularly aired on the Cooking Channel in the United States and on Special Broadcasting Service in Australia. Fuji TV will air a new version of the show, titled Iron Chef, beginning in October 26, 2012.
TV Show Star Rating : 7.7  Read More

Hosts and judges Duff Goldman and Valerie Bertinelli will lead eight talented kid bakers through challenges designed to find the most-impressive and creative young baker. In each challenge the contestants, ranging in age from 10 to 13, will be tested on their baking skills and originality as they whip up delectable desserts, including creative cakes, mouthwatering cookies and pastries.
TV Show Star Rating : 7  Read More