The Virginian is an American Western television series starring James Drury and Doug McClure, which aired on NBC from 1962 to 1971 for a total of 249 episodes. It was a spin-off from a 1958 summer series called Decision. Filmed in color, The Virginian became televisions first 90-minute western series. Immensely successful, it ran for nine seasons—televisions third longest running western. It follows Bonanza at fourteen seasons and 430 episodes, and Gunsmoke at twenty seasons and 635 episodes. 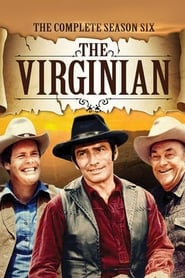 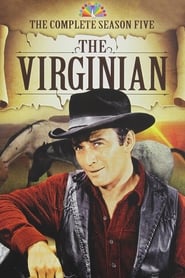 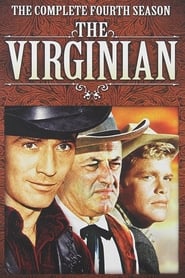 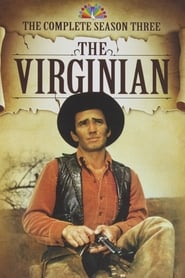 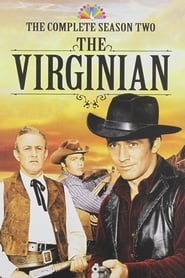 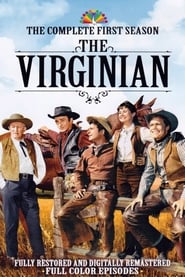 Similar TV Shows to The Virginian

Bonanza is an NBC television western series that ran from September 12, 1959 to January 16, 1973. Lasting 14 seasons and 430 episodes, it ranks as the second longest running western series, and the fourth longest running episodic series in U.S broadcast history: Gunsmoke, The Simpsons, Law and Order, Bonanza, Ozzie and Harriet. It continues to air in syndication. The show centers around the Cartwright family, who live in the area of Virginia City, Nevada, bordering Lake Tahoe. The series stars Lorne Greene, Pernell Roberts, Dan Blocker, Michael Landon, and later, David Canary. The title "Bonanza" is a term used by miners in regard to a large vein or deposit of ore, and commonly refers to The Comstock Lode. In 2002, Bonanza was ranked No. 43 on TV Guide's 50 Greatest TV Shows of All Time, and in 2013 TV Guide included it in its list of The 60 Greatest Dramas of All Time. The time period for the television series is roughly between 1861 to 1867 during and shortly after the American Civil War. During the summer of 1972, NBC aired reruns of episodes from the 1967-1970 period in prime time on Sunday evening under the title Ponderosa.
TV Show Star Rating : 5.9  Read More

Lancer is an American Western series that aired on CBS from September 1968, to May 1970. The series stars Andrew Duggan, James Stacy, and Wayne Maunder as a father with two half-brother sons, an arrangement similar to the more successful Bonanza on NBC.
TV Show Star Rating : 0.5  Read More

The High Chaparral is an American Western-themed television series starring Leif Erickson and Cameron Mitchell which aired on NBC from 1967 to 1971. The series, made by Xanadu Productions in association with NBC Productions, was created by David Dortort, who had previously created the hit Bonanza for the network. The theme song was also written and conducted by Bonanza scorer David Rose, who also scored the two-hour pilot.
TV Show Star Rating : 8.3  Read More

Bret Maverick is a 1981-82 American Western television series starring James Garner in the role that made him famous in the 1957 series Maverick: a professional poker player traveling alone year after year through the Old West from riverboat to saloon. In this sequel series, Maverick has settled down in Sweetwater, Arizona Territory, where he owns a ranch and is co-owner of the town's saloon. However, Maverick is still always on the lookout for his next big score, and continues to gamble and practice various con games whenever the chance arises. The series was developed by Gordon Dawson, and produced by Garner's company Cherokee Productions in association with Warner Bros. Television.
TV Show Star Rating : 8  Read More

Some of literature's most terrifying characters, including Dr. Frankenstein, Dorian Gray, and iconic figures from the novel Dracula are lurking in the darkest corners of Victorian London. Penny Dreadful is a frightening psychological thriller that weaves together these classic horror origin stories into a new adult drama.
TV Show Star Rating : 7.4  Read More

Little House on the Prairie is an American Western drama television series, starring Michael Landon, Melissa Gilbert, and Karen Grassle, about a family living on a farm in Walnut Grove, Minnesota, in the 1870s and 1880s.
TV Show Star Rating : 6.9  Read More