Dog Eat Dog is an American game show, which originally ran from June 17, 2002 to August 26, 2003. It is loosely based on the UK version of the show by the same name. It is hosted by Brooke Burns, and has contestants compete against each other in physical competitions, trivia, and other assorted games for a prize of $25,000. Reruns of Dog Eat Dog currently air on the Game Show Network. 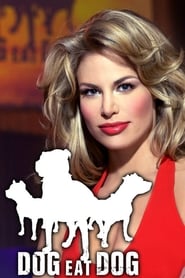 Who Wants to Be a Millionaire? (US)

Who Wants to Be a Millionaire is an American television quiz show based upon the British program of the same title, which offers a maximum prize of $1,000,000 for correctly answering a series of consecutive multiple choice questions. Originally, as in the UK edition, contestants were required to correctly answer 15 questions of increasing difficulty, but in 2010, the format was modified so that the contestants are now faced with 14 questions of random difficulty. The program follows the same general premise as its original UK counterpart, and is one of many international variants in the Who Wants to Be a Millionaire? franchise. The original U.S. version aired on ABC from August 16, 1999 to June 27, 2002, and was hosted by Regis Philbin. The current syndicated version of the show began airing on September 16, 2002, and was launched by Meredith Vieira, who remained host for 11 seasons, with her final first-run episodes airing in May 2013. Vieira was succeeded by Cedric the Entertainer beginning with the premiere of season 12 on September 2, 2013. As the first U.S. network game show to offer a million-dollar top prize, the show made television history by becoming one of the highest-rated game shows in the history of American television. The U.S. Millionaire has gone on to win seven Daytime Emmy Awards, and TV Guide and GSN have ranked it #7 and #5 on their respective lists of the 50 Greatest Game Shows of All Time. In 2013, TV Guide ranked it #6 in its list of the 60 greatest game shows ever.
TV Show Star Rating : 7  Read More

Two teams composed of a known personality and a contestant chosen from the public battle to guess the outcomes of astonishing scientific experiments.
TV Show Star Rating : 5.5  Read More

America's favorite quiz show where contestants are presented with general knowledge clues in the form of answers, and must phrase their responses in question form.
TV Show Star Rating : 5.9  Read More

Wetten, dass..? was a long-running German-language entertainment television show. It is the most successful Saturday television show in Europe. Its format was the basis for the British show You Bet! and the American show Wanna Bet?. The shows were broadcast live six to seven times a year from different cities in Germany, Austria, and Switzerland. There have also been seven open-air summer shows, broadcast from Amphitheatre Xanten, Plaça de Toros de Palma de Mallorca, Disneyland Paris, Waldbühne Berlin, and Aspendos Roman Theatre. Each of the shows, which were shown without commercial interruption, were usually scheduled to last for about two hours, but it was not uncommon for a show to run as much as 45 minutes longer.
TV Show Star Rating : 3.2  Read More

A Swedish game show based on "Are You Smarter Than a 5th Grader?"
TV Show Star Rating : 0  Read More

Passengers in a specially outfitted taxi are surprised and offered the chance to win money by correctly answering a series of general knowledge or trivia questions on the way to their destination.
TV Show Star Rating : 0  Read More