Santa Barbara is an American television soap opera, first broadcast in the United States on NBC on July 30, 1984, and last aired on January 15, 1993. The show revolves around the eventful lives of the wealthy Capwell family of Santa Barbara, California. Other prominent families featured on the soap were the rival Lockridge family, and the more modest Andrade and Perkins families. The serial was co-produced by NBC and Dobson Productions until February 1985, when New World Pictures joined NBC and Dobson as a production partner. The newly created partnership, New World Television, then served as the distributor for the show. Santa Barbara aired in over 40 countries around the world. The shows popularity continued to rise, and it even had fans in the White House. In 1985, when character Augusta Lockridge was blinded following a tunnel collapse, Ronald Reagan sent actress Louise Sorel a letter saying he and Nancy were praying for her and hoped she recovered. Santa Barbara has won 24 Daytime Emmy Awards and was nominated 30 times for the same award. The show also won 18 Soap Opera Digest Awards, and won various other awards. In 1993, NBC replaced Santa Barbara with game shows Scrabble and Scattergories. Shortly before the program was canceled by NBC, New World Television tried to shop Santa Barbara to other broadcast and cable networks, but failed to find one that would air the show. 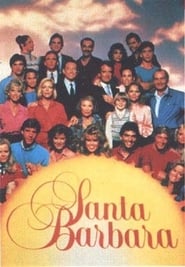 Sunset Beach is an American television soap opera that aired on NBC from January 6, 1997 to December 31, 1999. The show follows the loves and lives of the people living in the Orange County coastal area named Sunset Beach, on the coast of California. Although there is a town in California called Sunset Beach, the show's beach scenes were shot on nearby Seal Beach. The show was co-produced by NBC and Spelling Television. Sunset Beach won two Daytime Emmy Awards and was nominated another eleven times. The show also received twenty-two nominations for various other awards.
TV Show Star Rating : 6.6  Read More

A self-loathing, alcoholic writer attempts to repair his damaged relationships with his daughter and her mother while combating sex addiction, a budding drug problem, and the seeming inability to avoid making bad decisions.
TV Show Star Rating : 7.3  Read More

The Young and the Restless

The rivalries, romances, hopes and fears of the residents of the fictional Midwestern metropolis, Genoa City. The lives and loves of a wide variety of characters mingle through the generations, dominated by the Newman, Abbott, Baldwin and Winters families.
TV Show Star Rating : 4.9  Read More

Below Deck Sailing Yacht - (May 26th)