Friday Night with Jonathan Ross was a British comedy chat show presented by Jonathan Ross. It was first broadcast on BBC One on 2 November 2001. The programme featured Rosss take on current topics of conversation, guest interviews and live music from both a guest music group and the house band. The show began its final series in January 2010, and ended on 16 July 2010. The most frequent guests were Ricky Gervais and Jack Dee, Eddie Izzard, Jeremy Clarkson and Jimmy Carr. Johnny Vegas, David Attenborough, Stephen Fry and Simon Pegg all appeared in five episodes and Robbie Williams in four episodes. Since 2009 until its ending, the programme was broadcast in high-definition on BBC HD. Studio TC4 in the BBC Television Centre in London, where the show was made, was upgraded to HD, making it the third television studio in Television Centre to be upgraded to HD. The show was pulled by the BBC on 29 October 2008 when Ross and Russell Brand were both suspended from their TV and radio shows, in the events after the Russell Brand Show prank telephone calls row. The show returned on 23 January 2009, attracting 5.1 million viewers. The final 275th episode was broadcast on 16 July 2010. 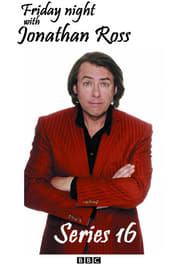 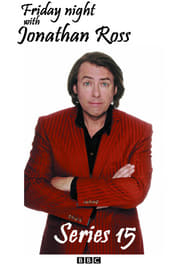 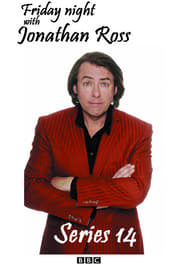 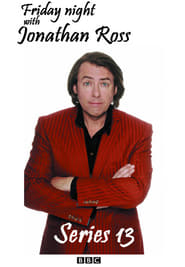 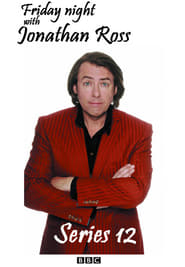 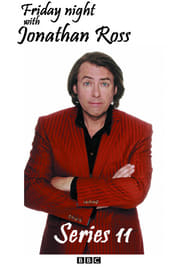 The Keith Barret Show is a spoof BBC chat show hosted by Keith Barret who interviews celebrity couples in the hope of finding the secret to a successful marriage. It was devised by Paul Duddridge and co written with Rob Brydon. In each programme, there are a selection of clips from venues such as speed dating or interviews with relationship experts. Rob Brydon's character Keith first appeared on TV in the cult comedy series Marion and Geoff where, for most of the first series, he was oblivious to the affair between the title characters. This was not the first BBC interview programme to be hosted by a fictional character - Brydon's close collaborator, Steve Coogan used the character of Alan Partridge with much more disastrous on-screen effects several years earlier.
TV Show Star Rating : 8  Read More

The Mrs Merton Show was a mock chat show starring Caroline Aherne as the elderly host Mrs Merton. It ran from 10 February 1995 to 2 April 1998 and was produced by Granada Television and aired on the BBC. The writers included Aherne, Craig Cash, Dave Gorman and Henry Normal. Prior to TV success, Aherne's Mrs Merton character appeared on Frank Sidebottom's album "5/9/88", then made her TV debut on the 1991 Channel 4 gameshow Remote Control, hosted by Anthony H Wilson. The chat show was followed up by a sitcom, Mrs Merton and Malcolm, based on Mrs Merton and her son Malcolm, who was played by Craig Cash.
TV Show Star Rating : 6  Read More

Conan is a late-night talk show airing each Monday through Thursday on TBS in the United States. The hourlong show premiered on November 8, 2010, and is hosted by writer, comedian and performer Conan O'Brien. The program's host previously starred on NBC's Late Night with Conan O'Brien for 16 years, then presented The Tonight Show for seven months until Jay Leno's return to his version of The Tonight Show due to the 2010 Tonight Show conflict. Describing itself as a traditional late-night talk show, Conan draws its comedy from recent news stories, political figures and prominent celebrities, as well as aspects of the show itself. The show typically opens with a monologue from Conan O'Brien relating to recent headlines and frequently features exchanges with his sidekick, Andy Richter, and members of the audience. The next segment is devoted to a celebrity interview, with guests ranging from actors and musicians to media personalities and political figures. The show then closes with either a musical or comedy performance. In January 2010, after The Tonight Show with Conan O'Brien had been on the air for seven months, it was announced that NBC intended to move Jay Leno from primetime back to his original timeslot, with O'Brien's show starting shortly after midnight. Following a brief conflict, NBC announced that they had paid $45 million to buy out O'Brien's contract, ending his relationship with the network. Months after his official leave, O'Brien went on a comedy tour called The Legally Prohibited from Being Funny on Television Tour, which was largely inspired by the outpouring of support for O'Brien on the Internet during the conflict. It was announced on the first day of the tour that O'Brien would be joining TBS in November.
TV Show Star Rating : 7.4  Read More

Al Murray's Happy Hour was a chat show presented by comedian Al Murray and produced by Avalon TV. The first series aired in early 2007. It is broadcast on the British terrestrial TV network, ITV, and the first series was broadcast on Saturday nights at 10pm. The second series aired on Fridays at 10pm. A third series returned to ITV on 12 September 2008, in the same 10pm Friday night slot. However, UTV in Northern Ireland did not show the third series in the 10pm Friday night slot with the other ITV regions. They now show it the following Thursday at around 11.40pm, due to UTV regional programming on Friday nights. Murray presents the programme in his Pub Landlord persona: a stereotypically nationalistic, chauvinistic character. The show contains stand-up, guest interviews and live music. The show ends with Murray performing a Queen song with the musical guest.
TV Show Star Rating : 8  Read More

What to expect: interviews, musical performances, a fierce band, surprising stories and most of all, guests who are more than happy to play along and follow Éric Salvail on his beautifully crazy tangents!
TV Show Star Rating : 0  Read More