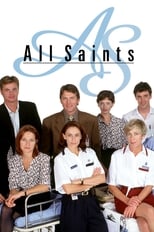 All Saints is an Australian medical drama which first screened on the Seven Network. The series debuted on 24 February 1998 and concluded its run on 27 October 2009. It had been one of Australias highest rating dramas and also achieved popularity overseas in many countries including United Kingdom, Ireland, Belgium, and Iran. 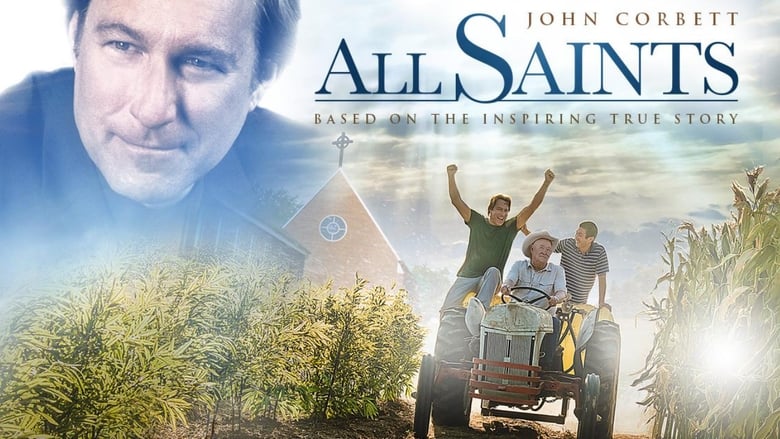 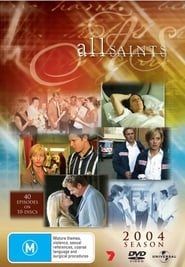 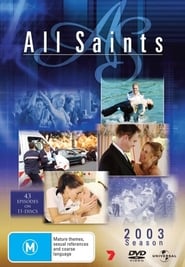 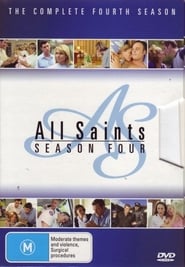 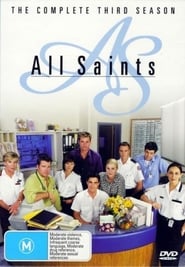 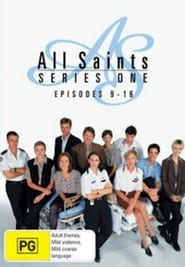 Similar TV Shows to All Saints

St. Elsewhere is an American medical drama television series that originally ran on NBC from October 26, 1982 to May 25, 1988. The series starred Ed Flanders, Norman Lloyd and William Daniels as teaching doctors at a lightly-regarded Boston hospital who gave interns a promising future in making critical medical and life decisions. The series was produced by MTM Enterprises, which had success with a similar NBC series, the police drama Hill Street Blues, during that same time; both series were often compared to each other for their use of ensemble casts and overlapping serialized storylines. St. Elsewhere was filmed at CBS/MTM Studios, which was known as CBS/Fox Studios when the show began; coincidentally, 20th Century Fox wound up acquiring the rights to the series when it bought MTM Enterprises in the 1990s. Known for its combination of gritty, realistic drama and moments of black comedy, St. Elsewhere gained a small yet loyal following over its 6-season, 137-episode run; the series also found a strong audience in Nielsen's 18-49 age demographic, a young demo later known for a young, affluent audience that TV advertisers are eager to reach. The series also earned critical acclaim during its run, earning 13 Emmy Awards for its writing, acting, and directing. St. Elsewhere was ranked #20 on TV Guide's 2002 list of "The 50 Greatest TV Shows of All Time.", with the magazine also selecting it as the best drama series of the 1980s in a 1993 issue.
TV Show Star Rating : 5.4  Read More

Chicago Hope is an American medical drama television series, created by David E. Kelley. It ran on CBS from September 18, 1994, to May 4, 2000. The series is set in a fictional private charity hospital in Chicago, Illinois. The show is set to return in the fall of 2013 on TVGN in reruns.
TV Show Star Rating : 8  Read More

When Charlie Harris ends up in a coma, he leaves the Hope-Zion Hospital in chaos - and his fiancée and fellow surgeon, Alex Reid, in a state of shock. As the staff of Hope-Zion races to save lives, comatose Dr. Harris wanders the halls of Hope-Zee in "spirit" form, not sure if he's a ghost or a figment of his own imagination.
TV Show Star Rating : 6.5  Read More

The stories of the men and women who work the overnight shift at San Antonio Memorial Hospital. They are an irreverent and special breed, particularly adrenaline junkie T.C. Callahan.
TV Show Star Rating : 6.9  Read More

A young surgeon with Savant syndrome is recruited into the surgical unit of a prestigious hospital. The question will arise: can a person who doesn't have the ability to relate to people actually save their lives?
TV Show Star Rating : 8.6  Read More

A tough, brilliant senior resident guides an idealistic young doctor through his first day, pulling back the curtain on what really happens, both good and bad, in modern-day medicine.
TV Show Star Rating : 8.4  Read More

Drama series about the staff and patients at Holby City Hospital's emergency department, charting the ups and downs in their personal and professional lives.
TV Show Star Rating : 5  Read More

Explores the inner workings of an urban teaching hospital and the critical issues faced by the dedicated physicians and staff of its overburdened emergency room.
TV Show Star Rating : 7.4  Read More

An emotional thrill ride through the day-to-day chaos of the city's most explosive hospital and the courageous team of doctors who hold it together. They will tackle unique new cases inspired by topical events, forging fiery relationships in the pulse-pounding pandemonium of the emergency room.
TV Show Star Rating : 8.2  Read More