Love Soup is a British television comedy-drama produced by the BBC and first screened on BBC One in the autumn of 2005. It stars Tamsin Greig as Alice Chenery and Michael Landes as Gil Raymond. The series is written by David Renwick, and was produced by Verity Lambert. This was the last programme that Lambert produced before she died. The programme was initially a critical success although its audience figures were steady rather than spectacular, netting an average of five million viewers an episode. Renwick and his former scriptwriting partner Andrew Marshall have cameo appearances in one episode as members of a television sitcom scriptwriting team. The second series started on 1 March 2008 and finished on 17 May 2008. This series contained changes from the first, including a switch from six 60 minute episodes, to twelve of 30 minutes. Although the character of Gil was mentioned throughout the series, and momentarily seen in the final episode, he was not a main character. The theme tune to Love Soup is "Alley Boogie" by jazz singer Georgia White. 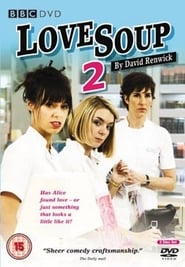 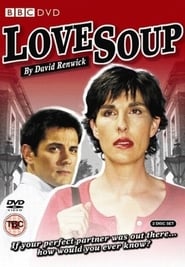 The Tudors is a history-based drama series following the young, vibrant King Henry VIII, a competitive and lustful monarch who navigates the intrigues of the English court and the human heart with equal vigor and justifiable suspicion.
TV Show Star Rating : 7.5  Read More