Mary Hartman, Mary Hartman is an American soap opera parody that aired in daily syndication from January 1976 to May 1977. The series was produced by Norman Lear, directed by Joan Darling and Jim Drake, and starred Louise Lasser. The series writers were Gail Parent and Ann Marcus. The shows title was the eponymous characters name stated twice, because Lear and the writers believed that everything that was said on a soap opera was said twice. In 2004 and 2007, Mary Hartman, Mary Hartman was ranked #21 and #26 on "TV Guides Top Cult Shows Ever". 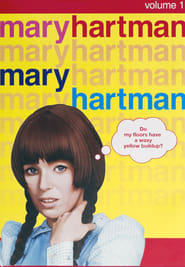