Believe Nothing is a British ITV sitcom starring Rik Mayall as Quadruple Professor Adonis Cnut, the cleverest man in England and Oxfords leading moral philosopher. Starring alongside Mayall is Michael Maloney as Brian Albumen, Cnuts faithful servant, and Emily Bruni as Dr. Hannah Awkward who becomes professor of pedantics. The series was written by Maurice Gran and Laurence Marks, who give a twist to many of todays global issues. Although much hyped by ITV, who were hoping to repeat the success of Gran and Marks previous project with Mayall, the successful The New Statesman, the series failed to catch on, and was dropped after one series. 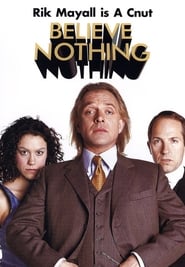 Similar TV Shows to Believe Nothing

Happy Days is an American television sitcom that aired first-run from January 15, 1974 to September 24, 1984 on ABC. Created by Garry Marshall, the series presents an idealized vision of life in the mid-1950s to mid-1960s United States. The series was produced by Miller-Milkis Productions and Henderson Productions in association with Paramount Network Television.
TV Show Star Rating : 7.3  Read More