Brothers & Sisters is an American television drama series that centers on the Walker family and their lives in Pasadena, California. The series premiered on ABC on September 24, 2006, and aired its final episode on May 8, 2011. It aired, for its entire run, in a Sunday night timeslot after Desperate Housewives. The cast included a collection of award-winning actors, including Sally Field, Rachel Griffiths, Calista Flockhart, Rob Lowe, and Patricia Wettig. Sally Field received both a Primetime Emmy Award and a Screen Actors Guild Award for her performance throughout the series. Rachel Griffiths was also nominated for two Primetime Emmy Awards and two Golden Globe Awards for her work on the show. In May 2011, the show completed its fifth and final season on ABC. On May 13, 2011, it was announced that ABC had decided to end the show. 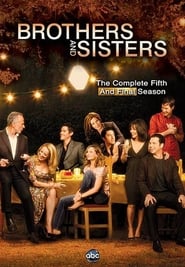 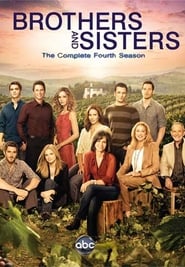 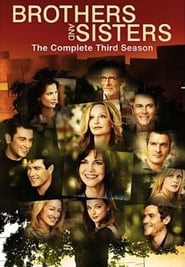 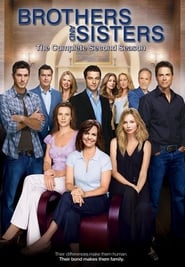 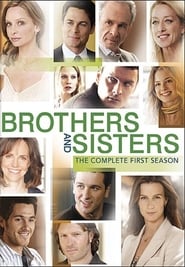 Parenthood is an American comedy-drama television series developed by Jason Katims. Loosely based on the 1989 film of the same title, Parenthood tells of the Braverman clan which consists of an older couple, their four children and their families.
TV Show Star Rating : 6.9  Read More

7th Heaven is an American family drama television series, created and produced by Brenda Hampton. The series premiered on August 26, 1996, on The WB, the first time that the network aired Monday night programming, and was originally broadcast from August 26, 1996 to May 13, 2007. The series finale was scheduled for May 8, 2006; however, the show was renewed by The CW when the intended final episode received high ratings. The final season premiered on Monday, September 25, 2006 and ended on May 13, 2007. 7th Heaven is the longest-running series that has ever aired on The WB and is the longest-running family drama in television history. It is also the longest-running show produced by Aaron Spelling. Dan Foliart composed the theme song "7th Heaven", which is performed by Steve Plunkett in the introduction of each episode.
TV Show Star Rating : 5.2  Read More

Chicagoan Frank Gallagher is the proud single dad of six smart, industrious, independent kids, who without him would be... perhaps better off. When Frank's not at the bar spending what little money they have, he's passed out on the floor. But the kids have found ways to grow up in spite of him. They may not be like any family you know, but they make no apologies for being exactly who they are.
TV Show Star Rating : 7.8  Read More

The Waltons is an American television series created by Earl Hamner, Jr., based on his book Spencer's Mountain, and a 1963 film of the same name. The show is centered on a family in a rural Virginia community during the Great Depression and World War II. The series pilot aired as a television movie entitled The Homecoming: A Christmas Story and was broadcast on December 19, 1971. Beginning in September 1972, the series originally aired on CBS for a total of nine seasons. After the series was canceled in 1981, three television movie sequels followed in 1982, with three more in the 1990s. The Waltons was produced by Lorimar Productions and distributed by Warner Bros. Domestic Television Distribution in syndication.
TV Show Star Rating : 6.6  Read More

Comedy about one big happy family and their sometimes awkward, often hilarious and ultimately beautiful milestone moments as told by its various members. Of the three siblings, middle child Matt may have just found his true love, his co-worker, Colleen; his coddled youngest brother, Greg, and his wife, Jen, are overwhelmed by the birth of their first child; and the eldest, Heather, and her husband, Tim, are dreading their impending empty nest so much, they're considering having another baby. Their parents are Joan the family's adoring matriarch who would do anything for her kids - as long as she agrees with it - and John, the gregarious patriarch who's searching for ways to soften the blow of turning 70. As the family's lives unfold in four short stories each week, they try to savor these little pieces of time that flash by but stay with you forever, because these moments add up to what life's all about.
TV Show Star Rating : 7.5  Read More

Following his parents' tragic death, 24-year-old Charlie Salinger is back at home – and in over his head – as his siblings' legal guardian. Together, Charlie, 16-year-old Bailey, 15-year-old Julia and 11-year-old Claudia share the responsibility of taking care of 11-month-old Owen. Through it all, as they learn to run their parents' restaurant, manage disastrous relationships and school problems.
TV Show Star Rating : 6.3  Read More

Step by Step is an American television sitcom that starred Patrick Duffy and Suzanne Somers as two single parents, who spontaneously get married after meeting one another during a vacation, resulting in them becoming the heads of a large blended family. The series aired for seven seasons, originally running on ABC as part of their TGIF lineup on Friday nights from September 20, 1991 to August 15, 1997, and was canceled by the network after six seasons, reportedly due to declining ratings. The series was picked up on CBS and aired on that network from September 19, 1997 to June 26, 1998 for its seventh and final season.
TV Show Star Rating : 6.1  Read More