Fonejacker is a British comedy programme broadcast on E4 featuring a series of prank calls involving a number of different characters performed by British Iranian television actor Kayvan Novak. It first appeared in May 2006 and became a full series in 2007. In 2005 Kayvan Novak and Ed Tracy created, wrote and directed Fonejacker, a prank call show, as part of Channel 4 Comedy Lab. After making the pilot together they were given a Christmas special and a six-part series which began airing in the UK on 5 July 2007 on E4 and lasted 6 episodes. They went on to make a second series which began airing on 17 September 2008 on E4, and started on Channel 4 on 6 November 2008. Kayvan Novak said that he was "not sure there will be a third series of Fonejacker" but despite this, several websites reported in October 2009 that a third series would air in May 2010. In November 2009, the third series was officially announced, with the news that it would be called "Fonejacker 3D" and feature Kayvan Novak portraying both old and new Fonejacker characters face-to-face in the public domain. Renamed Facejacker, the new show began airing on 16 April 2010. Fonejacker won the BAFTA award for the "Best Comedy Programme" in 2008. Novak plans to create a film based on the shows characters, and is currently in talks with Film4 and Hat Trick Productions. 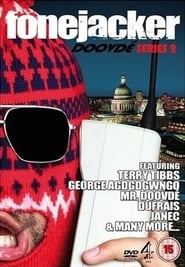 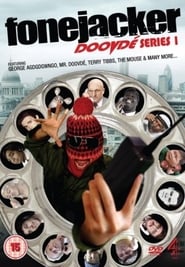 This hidden-camera series follows four lifelong friends - Brian "Q"' Quinn, James "Murr"' Murray, Joe Gatto and Sal Vulcano - who take dares to an outrageous level. To find out who is best under pressure, the guys compete in awkward and outrageous hidden-camera hijinks with the loser performing what is deemed to be the most-mortifying challenge yet.
TV Show Star Rating : 7  Read More

Inside No. 9 invites viewers into many very different No. 9s, where the ordinary and mundane rub shoulders with the extraordinary and macabre. From a grand country house where a game of 'sardines' leads to some chilling revelations in a wardrobe; to a very oddly haunted house; to a blood-soaked actor's dressing room in London's West End; to the flat of an apparently happy primary school teacher who becomes the victim of a good deed; these unpredictable tales feature high comedy and claustrophobic horror by turns.
TV Show Star Rating : 8.2  Read More

Doc Martin is a British television comedy drama series starring Martin Clunes in the title role. It was created by Dominic Minghella after the character of Dr. Martin Bamford in the 2000 comedy film Saving Grace. The show is set in the fictional seaside village of Portwenn and filmed on location in the village of Port Isaac, Cornwall, England, with most interior scenes shot in a converted local barn. Five series aired between 2004 and 2011, together with a feature-length special that aired on Christmas Day 2006. Series 6 began airing on ITV on 2 September 2013.
TV Show Star Rating : 8.1  Read More