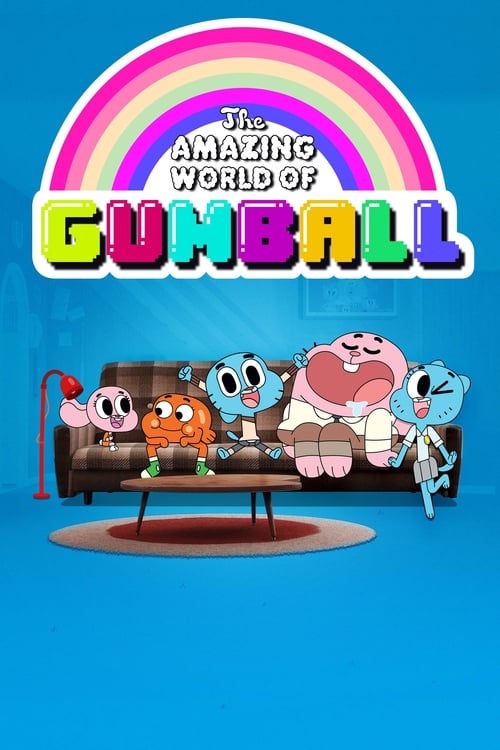 Plot : The life of Gumball Watterson, a 12-year old cat who attends middle school in Elmore. Accompanied by his pet, adoptive brother, and best friend Darwin Watterson, he frequently finds himself involved in various shenanigans around the city, during which he interacts with various family members: Anais, Richard, and Nicole Watterson, and other various citizens. 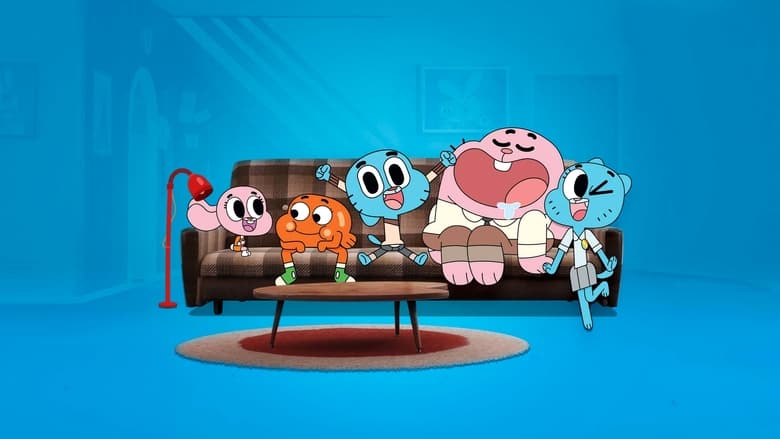 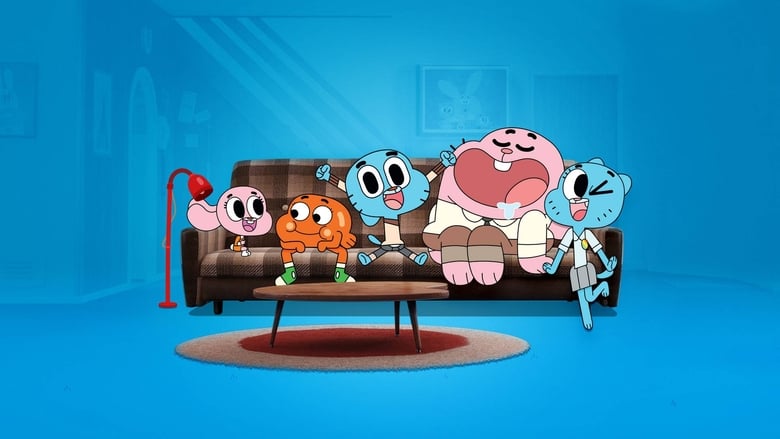 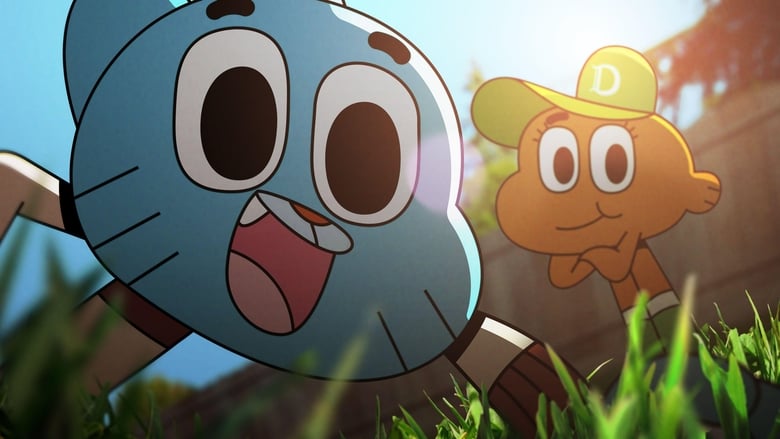 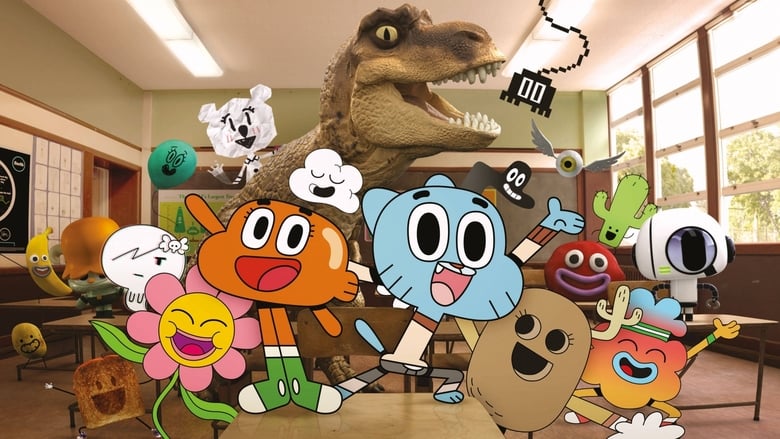 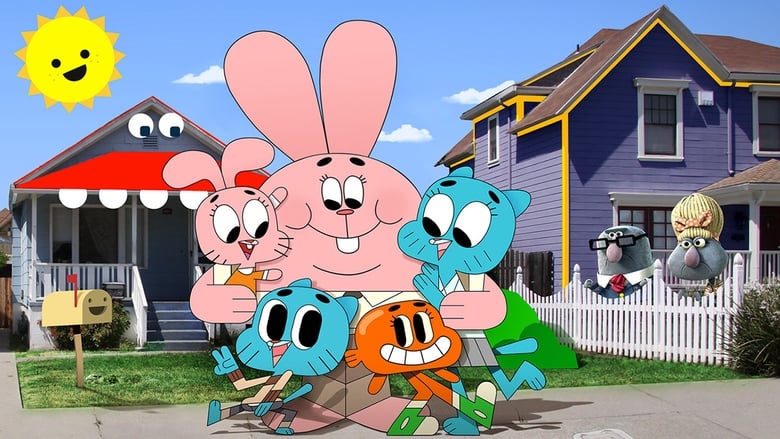 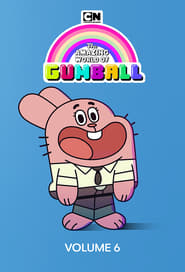 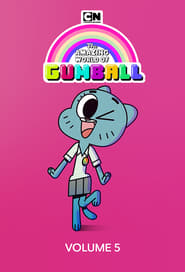 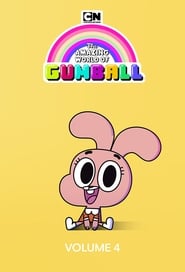 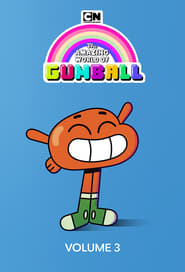 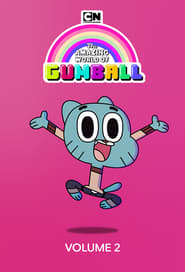 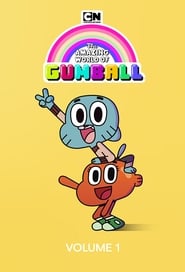 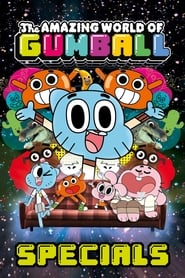 Similar TV Shows to The Amazing World of Gumball

CatDog is an American animated television series created for Nickelodeon by Peter Hannan. The series depicts the life of conjoined brothers, with one half being a cat and the other a dog. Nickelodeon produced the series from Burbank, California. The first episode aired on April 4, 1998, before the show officially premiered in October. The episode "Fetch" was also shown in theaters with The Rugrats Movie. Toward the end of the series run, a made-for-TV film was released, titled CatDog: The Great Parent Mystery. Reruns were played on Nicktoons until 2011 and later aired on TeenNick as part of The '90s Are All That block. The series is produced by Nickelodeon Animation Studio and Peter Hannan Productions and has been released on DVD.
TV Show Star Rating : 7.2  Read More

Ren and Stimpy are a mismatch made in animation heaven with nothing in common but a life-long friendship and an incredible knack for getting into trouble. Join them in their bizarre and gross world for some outlandish situations coupled with hilarious jokes.
TV Show Star Rating : 7.6  Read More

Tom and Jerry Tales is an animated television series which began production in 2005 and premiered in the United States on September 23, 2006, and ended on March 22, 2008, on Kids' WB!. It is the fourth television show in the franchise that continues the chase and violence of the Oscar-winning cat and mouse duo and other characters since the first Tom and Jerry cartoon, Puss Gets the Boot. It is based on the famous cat and mouse, Tom and Jerry, and the cartoons in the 1940s and 1950s. Cartoon Network has been airing re-runs of the series as of November 21, 2011.
TV Show Star Rating : 7.5  Read More

Kid vs. Kat is a Canadian-American animated television series developed and produced at Studio B Productions. The show was created and co-directed by Rob Boutilier. The series is distributed by Studio B Productions. The feature revolves around a 10-year-old boy's constant battle with his sister's Sphinx cat which, in reality, is a cybernetic alien. The show premiered on YTV in Canada on October 25, 2008, aired on Disney XD in the United States on February 21, 2009, and then ended on June 4, 2011. It ran for 2 seasons, spanning 52 episodes.
TV Show Star Rating : 8  Read More

The Tom and Jerry Show

The iconic cat and mouse rivals are back in a fresh take on the classic series. Preserving the look, characters and sensibility of the original, this series shines a brightly colored, high-definition lens on the madcap slapstick and never-ending battle that has made Tom and Jerry two of the most beloved characters of all time.
TV Show Star Rating : 6.4  Read More

Nature Cat can’t wait to get outside for a day of backyard nature excursions and bravery! But there’s one problem; he’s still a house cat with no real instincts for nature. That doesn’t stop this passionate and curious feline, who loves learning and experiencing all he can about nature.
TV Show Star Rating : 4.5  Read More

The Adventures of Puss in Boots

The world's greatest feline fighter, lover and milk connoisseur is back in this original series filled with daring adventures, great boots, and laugh-out-loud fun! The entire family will be entranced by Puss' fantastical CG world filled with new characters, exotic locations and mystical tales that make up the stuff of legends. There's nothing that can get in this celebrated swashbuckling kitty's way...except maybe a hairball.
TV Show Star Rating : 7  Read More

The life of Gumball Watterson, a 12-year old cat who attends middle school in Elmore. Accompanied by his pet, adoptive brother, and best friend Darwin Watterson, he frequently finds himself involved in various shenanigans around the city, during which he interacts with various family members: Anais, Richard, and Nicole Watterson, and other various citizens.
TV Show Star Rating : 8.5  Read More