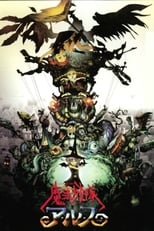 Arusu believes in magic and its power to do good in the world. Unfortunately for her, her fellow witches disagree, and use their powers for all sorts of neat tricks, like turning little sprites into their slaves. Realizing that this nightmare is a reality, Arusu sets out to change the ways of the witches, and gets up to some hilarious hijinks along the way. Note: Some releases of this show pair episodes together, so it actually is shown as only 26 episodes (20 TV and 6 OVAs) 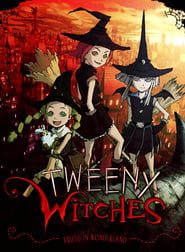 Los Serrano is a Spanish television drama comedy which premiered on 22 April 2003 and aired on Telecinco. It tells the story of the Serrano family, who lives in Round Santa Justa No 133, located in the fictional neighborhood of Santa Justa, in the Ribera del Manzanares, in Madrid. The success of the series in Spain and in several other countries in Europe and elsewhere helped launch the career of several young actors and actresses, especially actor and musician Fran Perea, who acts in the series and sings its theme song, "1 más 1 son 7".
TV Show Star Rating : 5.8  Read More

On her sixteenth birthday, Sabrina Spellman discovers she has magical powers. She lives with her 600-year-old aunts Hilda and Zelda as well as talking cat Salem in the fictional town of Westbridge, Massachusetts.
TV Show Star Rating : 7.927  Read More