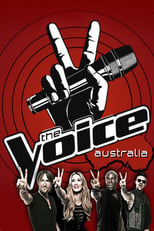 The Voice is an Australian reality talent show based on the original Dutch version of the program created by John de Mol and is part of a wider international franchise. The first series premiered on the Nine Network on 15 April 2012 featuring Delta Goodrem, Joel Madden, Seal and Keith Urban as the coaches. Karise Eden was the shows first seasons winner, defeating Darren Percival, Rachael Leahcar and Sarah De Bono in the live-to-air finale broadcast on 18 June 2012. Urban was replaced by Ricky Martin for the shows second series after joining the American Idol judging panel. The series is hosted by Darren McMullen with Faustina Agolley as the social media correspondent. 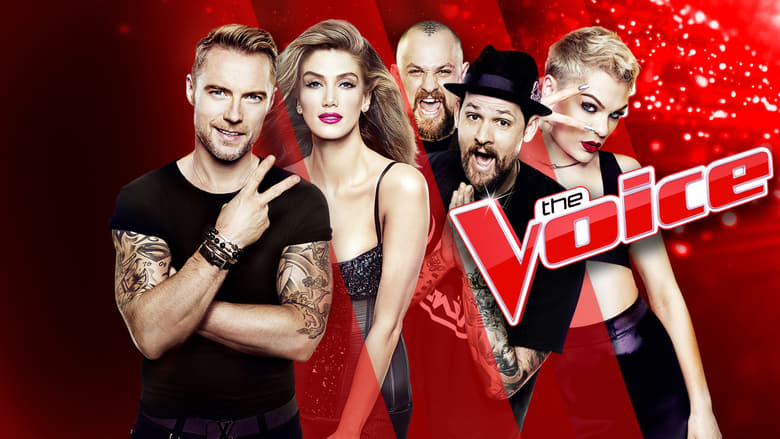 Similar TV Shows to The Voice

The Four: Battle for Stardom

Four super-talented and fiercely competitive singers, chosen from their auditions by the show’s panel of music industry experts, will try to defend their coveted spots on the stage, as they are challenged individually by new singers determined to replace them.
TV Show Star Rating : 0  Read More

This reality competition sees teams embark on a trek around the world to amazing destinations where they must compete in a series of challenges, some mental and some physical. Only when the tasks are completed will they learn of their next location. Teams who are the farthest behind will gradually be eliminated as the contest progresses, with the first team to arrive at the final destination winning the race and the $1 million prize.
TV Show Star Rating : 6.4  Read More

American Idol is an American reality-singing competition program created by Simon Fuller. It began airing on Fox on June 11, 2002, as an addition to the Idols format based on the British series Pop Idol and has since become one of the most successful shows in the history of American television. The concept of the series is to find new solo recording artists where the winner is determined by the viewers in America.
TV Show Star Rating : 4.4  Read More

Join RuPaul, the world's most famous drag queen, as the host, mentor and judge for the ultimate in drag queen competitions. The top drag queens in the U.S. will vie for drag stardom as RuPaul, in full glamazon drag, will reign supreme in all judging and eliminations while helping guide the contestants as they prepare for each challenge.
TV Show Star Rating : 7.3  Read More

Follow couples as they compete against each other to renovate houses and sell them at auction for the highest price.
TV Show Star Rating : 3.9  Read More

A reality show contest where sixteen or more castaways split between two or more “Tribes” are taken to a remote isolated location and are forced to live off the land with meager supplies for roughly 39 days. Frequent physical challenges are used to pit the tribes against each other for rewards, such as food or luxuries, or for “Immunity”, forcing the other tribe to attend “Tribal Council”, where they must vote off one of their players.
TV Show Star Rating : 6.3  Read More

Heidi Klum hosts a reality series where aspiring fashion designers compete for a chance to break into the industry. Each week, a designer is eliminated from the competition after exhibiting their work in front of a judges' panel.
TV Show Star Rating : 5  Read More