Doctor’s Diary is a German-Austrian medical drama, that aired for three seasons from 2008 to 2011 on RTL in a coproduction with ORF. The focus of the series is the young doctor Margarete "Gretchen“ Haase, who wants to make a career in a hospital. It was directed by Bora Dağtekin and shown from the June 23, 2008 to February 14 2011 on German television, RTL Television. In Canada, it was shown starting August 31, 2010 on Séries+ television. In France, from June 8, 2011 on TF1 television and starting March 31, 2013 on HD1 television. 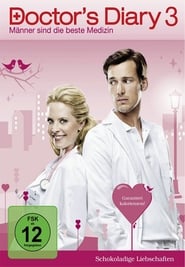 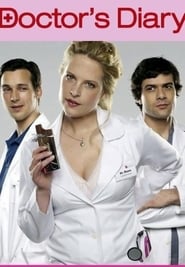 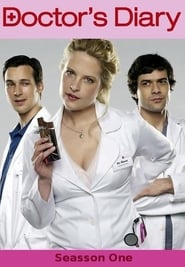 Béatrice Clément is a 48-year-old emergency room doctor. She is pretty, charming and at the top of her professional game. The only problem is, Béatrice hasn’t been feeling well. Having undergone every test available without any conclusive results, she is at the end of her rope. Finally, she overcomes her skepticism and agrees to visit a psychologist. Dr. P is gentle, attentive and compassionate. Despite Béatrice’s initial resistance, he slowly but surely gains her trust. Every week, Béatrice is confronted with patients who remind her of her own personal struggles. It is becoming clear that although she is fully in control of the ER, her private life is another matter entirely. In her drive for constant perfection and control, she is faced with comical and embarrassing situations, but also painful ones.
TV Show Star Rating : 0  Read More

The lives of staff in the womens' health clinic of a fictitious hospital in Philadelphia.
TV Show Star Rating : 6  Read More

Working on a series of harrowing cases, forensic pathologist, Sara Grau, finds the key to a case in which she has unwittingly become a prime target. Sophisticated Spanish crime thriller.
TV Show Star Rating : 7.5  Read More

Based on the real life and achievements of Dr. Kathy Magliato, this unique character-driven medical drama follows Dr. Alex Panttiere, an outspoken world-renowned heart-transplant surgeon and one of the few women in her field. Stubborn and fearless, Alex always operates on her own terms. Watch as she revels in a racy personal life, manages the daily demands of skeptical faculty and dutiful interns, and pushes the boundaries of medical science to impressive new heights.
TV Show Star Rating : 6  Read More

Whip-smart general practitioner Dr. Mona Harcourt lives in London with her political lobbyist husband Guy and her family. When a bomb goes off in London on the same day that her brother, Dr. Kareem Shirani, is abducted in Pakistan, Mona's charmed life is shaken to its core.
TV Show Star Rating : 9  Read More