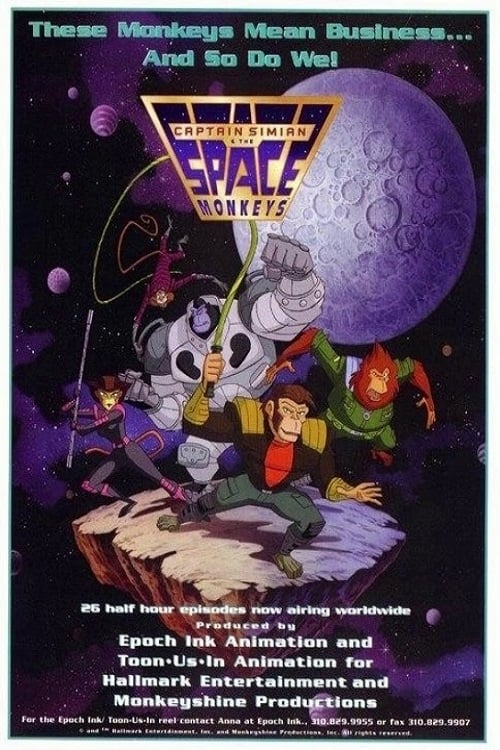 Tagline : These mokeys mean business... and so do we!

Plot : Captain Simian & the Space Monkeys is an American animated television series. The show premiered on September 7, 1996 and ended after 26 episodes on June 21, 1997. It was produced by Hallmark Entertainment, Monkeyshine Productions.inc, and distributed by Bohbot Entertainment and aired as part of a syndicated animation block known as BKN. Captain Simian & the Space Monkeys ran for four years on American and international TV. The series includes many references and parodies of science fiction films and TV shows, such as Plan Ape from Outer Space. One episode has a creature hatching from an egg and stalking the crew in a manner similar to Alien. Captain Simian and his enemy Nebula were voiced by Jerry Doyle and Michael Dorn who had played the security officers in the sci-fi programs Babylon 5 and Star Trek: The Next Generation respectively. Despite the title only two of the members are monkeys. 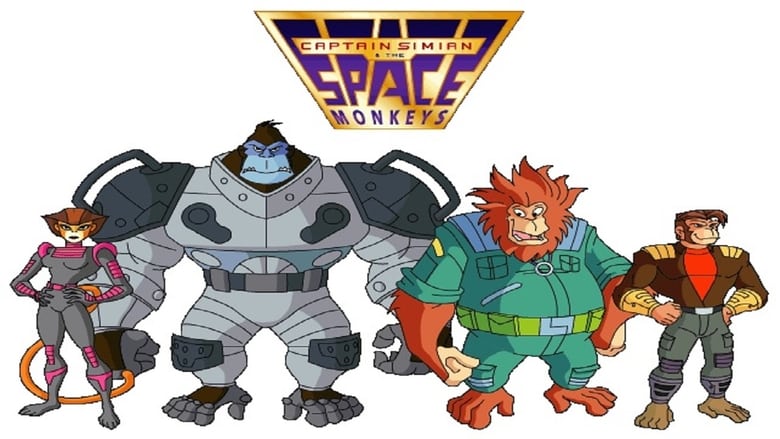 Follow the adventures of a group of young cartoon characters who attend the Acme Looniversity to become the next generation of characters from the Looney Tunes series.
TV Show Star Rating : 7.8  Read More

The Critic is an American prime time animated series created by writing partners Al Jean and Mike Reiss, who had previously worked as writers and showrunners on The Simpsons. The show follows the life of a 36-year-old film critic from New York named Jay Sherman, voiced by Jon Lovitz. 23 episodes were produced, first broadcast on ABC in 1994 and finishing its original run on Fox in 1995.
TV Show Star Rating : 7.5  Read More

In a magical universe, witches, warriors begin fighting in the name of good .vs. evil! At a magic school, five teenage girls are selected to defend the universe with their magic.
TV Show Star Rating : 8.2  Read More

This cartoon follows on from the 1980’s cartoon “Ducktales”, continuing the adventures of Huey, Dewey and Louie. Now 12 year olds and living with their uncle Donald Duck, the three spend their time playing practical jokes on their hapless uncle and otherwise getting into trouble.
TV Show Star Rating : 7  Read More

The exploits of the Mobile Infantry squad, "Razak's Roughnecks," during the SICON–Bugs War between a newly united humanity and an extraterrestrial race, known as the "Bugs," also sometimes referred to as Arachnids.
TV Show Star Rating : 6.7  Read More