SOKO Kitzbühel is an Austrian television series produced by ORF and ZDF. It is a spin-off of the German crime series SOKO 5113. It is set in the renowned Tyrolean tourist centre of Kitzbühel. The production company "beo-Film" has produced the show since 2001. The German abbreviation SOKO stands for Sonderkommission, "special commission", a task force with specific duties. 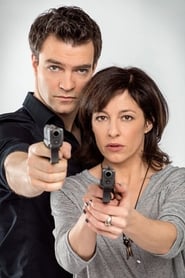 FBI agent Audrey Parker arrives in the small town of Haven, Maine to solve a murder and soon discovers the town's many secrets—which also hold the key to unlocking the mysteries of her lost past.
TV Show Star Rating : 7  Read More

Major Crimes explores how the American justice system approaches the art of the deals as law enforcement officers and prosecutors work together to score a conviction. Los Angeles Police Captain Sharon Raydor heads up a special squad within the LAPD that deals with high-profile or particularly sensitive crimes.
TV Show Star Rating : 6.6  Read More

Polizeiruf 110 is a long-running German language detective television series. The first episode was broadcast 27 June 1971 in the German Democratic Republic, and after the dissolution of Fernsehen der DDR the series was picked up by ARD. It was originally created as a counterpart to the West German series Tatort, and quickly became a public favorite. In contrast with other television crime series, in which killings are practically the primary focus, while Tatort handled homicide cases, the cases handled in the GDR TV's Polizeiruf were more often the more frequent, and less serious, crimes such as domestic violence, extortion, fraud, theft and juvenile delinquency, as well as alcoholism, child abuse and rape. Contrary to Tatort, which concentrated on the primary characters and their private lives, police procedure was the center of attention of Polizeiruf, especially in the earlier episodes. The scriptwriters attached particular importance to representation of the criminal and his state of mind, as well as the context of the crime. Many episodes aimed to teach and enlighten the audience about what does and what doesn't constitute appropriate behaviour and appropriate thought, rather than just to entertain. Polizeiruf was one of the few broadcasts by GDR media in which the real problems and difficulties of the supposedly more advanced socialist society could be displayed and discussed to some extent, albeit in a fictionalized and pedagogicalized environment.
TV Show Star Rating : 5.2  Read More

Follow real-life law enforcement officers from various regions and departments of the United States armed with nothing but with cameras to capture their actions, performing their daily duty to serve and protect the public.
TV Show Star Rating : 5.9  Read More

Tatort is a long-running German/Austrian/Swiss, crime television series set in various parts of these countries. The show is broadcast on the channels of ARD in Germany, ORF 2 in Austria and SF1 in Switzerland. The first episode was broadcast on November 29, 1970. The opening sequence for the series has remained the same throughout the decades, which remains highly unusual for any such long-running TV series up to date. Each of the regional TV channels which together form ARD, plus ORF and SF, produces its own episodes, starring its own police inspector, some of which, like the discontinued Schimanski, have become cultural icons. The show appears on DasErste and ORF 2 on Sundays at 8:15 p.m. and currently about 30 episodes are made per year. As of March 2013, 865 episodes in total have been produced. Tatort is currently being broadcast in the United States on the MHz Worldview channel under the name Scene of the Crime.
TV Show Star Rating : 5.5  Read More

CSI: Miami follows Crime Scene Investigators working for the Miami-Dade Police Department as they use physical evidence, similar to their Las Vegas counterparts, to solve grisly murders. The series mixes deduction, gritty subject matter, and character-driven drama in the same vein as the original series in the CSI franchise, except that the Miami CSIs are cops first, scientists second.
TV Show Star Rating : 5.8  Read More