The Suite Life of Zack & Cody is an American sitcom created by Danny Kallis and Jim Geoghan. The series was first broadcast on Disney Channel on March 18, 2005, with 4 million viewers, making it the most successful premiere for Disney Channel in 2005. It was one of their first five shows available on the iTunes Store. The series was nominated for an Emmy Award three times and was nominated for a Nickelodeon Kids Choice Award three times. The show was also a long-standing staple of the now defunct ABC Kids Saturday morning block on ABC. The series is set in the Tipton Hotel in Boston and centers on Zack and Cody Martin, troublesome twins who live at the Tipton Hotel. The series other main characters include Tipton hotels ditzy heiress London Tipton, the hotels candy counter girl Maddie Fitzpatrick, the hotels manager, Mr. Moseby, and the boys single mother and one of the hotels nightclub performers, Carey. The series is the third Disney Channel Original to have more than 65 episodes, after Thats So Raven and Kim Possible. Reruns air on Disney XD. The Suite Life spawned a spinoff series, also starring the Sprouse twins, called The Suite Life on Deck, which aired on the Disney Channel from 2008 to 2011. A TV movie based on both series, The Suite Life Movie, aired on Disney in 2011. 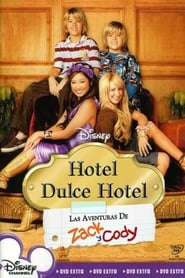 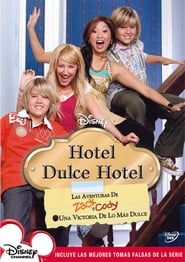 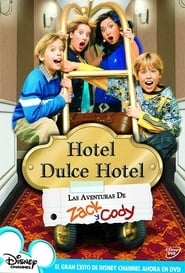 Similar TV Shows to The Suite Life of Zack & Cody

The Suite Life on Deck is an American sitcom that aired on Disney Channel from September 26, 2008 to May 6, 2011. It is a sequel/spin-off of the Disney Channel Original Series The Suite Life of Zack & Cody. The series follows twin brothers Zack and Cody Martin and hotel heiress London Tipton in a new setting, the SS Tipton, where they attend classes at "Seven Seas High" and meet Bailey Pickett while Mr. Moseby manages the ship. The ship travels around the world to nations such as Italy, Greece, India, Sweden and the United Kingdom where the characters experience different cultures, adventures, and situations. The series' pilot aired in the UK on September 19, 2008, and in U.S. markets on September 26, 2008. The series premiere on the Disney Channel in the U.S. drew 5.7 million viewers, and it became the most watched series premiere in Canada on the Family Channel. The show was also TV's No. 1 series in Kids 6–11 and No. 1 scripted series in tweens 9–14 in 2008, outpacing veteran series Hannah Montana and Wizards of Waverly Place in the ratings. On October 19, 2009, it was announced that the series had been renewed for a third season, which began production in January 2010. and debuted on July 2, 2010. The series is also 2009's top rated scripted series in the children and tween demographic.
TV Show Star Rating : 6.1  Read More