VeggieTales is an American series of childrens computer animated films featuring anthropomorphic vegetables in stories conveying moral themes based on Christianity. They frequently retell Biblical stories, sometimes anachronistically reframed, and include humorous references to pop culture in many different eras by putting Veggie spins on them. The series was developed by Big Idea Entertainment. VeggieTales was created by Phil Vischer and Mike Nawrocki, who also provide many of the voices. Originally released in direct-to-video format, the series debuted on December 21, 1993. From September 9, 2006, to September 7, 2009, VeggieTales appeared on NBCs childrens programming block qubo in a repackaged and edited format. In 2009, Netflix, made many VeggieTales videos and feature films available via their video streaming service. Big Idea has also published VeggieTales books and music CDs and branded items such as toys, clothing, and garden seeds for vegetables and flowers. 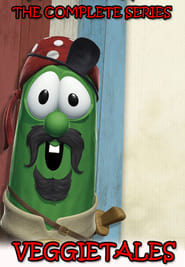 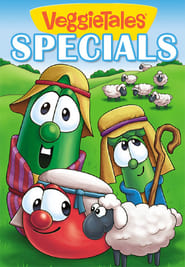 Goblins are known for their ferocity, cunning, and rapid reproduction, but their reputation as the lowliest of monsters causes their threat to be overlooked as adventurers turn a blind eye in favor of more rewarding assignments with larger bounties. A young priestess has formed her first adventuring party, but almost immediately they find themselves in distress. It's the Goblin Slayer who comes to their rescue—a man who's dedicated his life to the extermination of all goblins, by any means necessary. As a holder of the prestigious Silver rank, the Goblin Slayer allows her to accompany him as he assists the Adventurer's Guild in all goblin-related matters. Together with the Priestess, High Elf, Dwarf, and Lizard-man, the armored warrior will not rest until every single goblin in the frontier lands has been eradicated for good.
TV Show Star Rating : 8.3  Read More

Nanami was just a normal high school girl down on her luck until a stranger’s lips marked her as the new Land God and turned her world upside down. Now, she’s figuring out the duties of a deity with the help of Tomoe, a reformed fox demon who reluctantly becomes her familiar in a contract sealed with a kiss. The new responsibilities—and boys—are a lot to handle, like the crow demon masquerading as a gorgeous pop idol and the adorable snake spirit who’s chosen the newly minted god to be his bride. As the headstrong Tomoe tries to whip her into shape, Nanami finds that love just might have cute, pointed fox ears. With romance in the air, will the human deity be able to prove herself worthy of her new title?
TV Show Star Rating : 8.6  Read More

Hatori Chise is only 16, but she has lost far more than most. With neither family nor hope, it seems all doors are closed to her. But, a chance encounter began to turn the rusted wheels of fate. In her darkest hour, a mysterious magus appears before Chitose, offering a chance she couldn't turn down. This magus who seems closer to demon than human, will he bring her the light she desperately seeks, or drown her in ever deeper shadows?
TV Show Star Rating : 8.6  Read More

Hōzuki is the aide to the great king of Hell, King Enma. Calm and super-sadistic, Hōzuki tries to resolve the various problems in Hell, including a rampaging Momotarō and his companions. However, he also likes spending his free time on his hobbies, such as fawning over cute animals and raising "Goldfish Flowers."
TV Show Star Rating : 6.8  Read More

Hiyori Iki is a normal middle school student until she was involved in a bus accident while trying to protect a stranger. This incident causes her soul to frequently slip out of her body, and she becomes aware of the existence of two parallel worlds. Through her soul, she meets the strange, nameless god without a shrine, Yato. Yato is determined to make a name for himself out there by accepting any wishes for 5 yen, including Hiyori's to fix her body.
TV Show Star Rating : 7.6  Read More

A samurai lord has bartered away his newborn son's organs to forty-eight demons in exchange for dominance on the battlefield. Yet, the abandoned infant survives thanks to a medicine man who equips him with primitive prosthetics—lethal ones with which the wronged son will use to hunt down the multitude of demons to reclaim his body one piece at a time, before confronting his father. On his journeys the young hero encounters an orphan who claims to be the greatest thief in Japan.
TV Show Star Rating : 8.7  Read More

For over a century, the mysterious Hellsing Organization has been secretly protecting the British Empire from undead "freaks." When Sir Integra Hellsing succeeded as the head of the organization, she also inherited the ultimate weapon against these undead enemies, Alucard, a rogue vampire possessing mysterious and frightening powers. But now, Hellsing must deal with a more dangerous threat than vampires. Millennium. An organization of Nazi vampires of a long dead era. Will it be an all out war, or an all out blood bath?
TV Show Star Rating : 8.6  Read More