A Bit of a Do is a British comedy drama series based on the books by David Nobbs. The show starred David Jason and was aired on ITV in 1989. It was made for the ITV network by Yorkshire Television. The show was set in a fictional Yorkshire town. Each episode took place at a different social function and followed the changing lives of two families, the working-class Simcocks and the middle-class Rodenhursts, together with their respective friends, Rodney and Betty Sillitoe, and Neville Badger. The series begins with the wedding of Ted and Rita Simcocks son Paul to Laurence and Liz Rodenhursts daughter Jenny; an event at which Ted and Liz begin an affair. The subsequent fallout from this affair forms the basis for most of the first series. 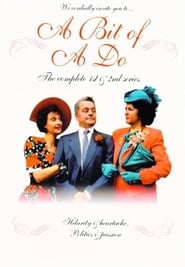 Similar TV Shows to A Bit of a Do

The lives of several families in the Yorkshire Dales revolve around a farm and the nearby village. With murders, affairs, lies, deceit, laughter and tears, it's all there in the village.
TV Show Star Rating : 4  Read More

Open All Hours is a BBC sitcom written by Roy Clarke and starring Ronnie Barker as a miserly shop keeper and David Jason as his put-upon nephew who works as his errand boy. It ran for 26 episodes in four series, which premiered in 1976, 1981, 1982 and 1985 respectively. The programme developed from a television pilot broadcast in Barker's comedy anthology series, Seven of One. Open All Hours ranked eighth in the 2004 Britain's Best Sitcom poll.
TV Show Star Rating : 8  Read More

Set in the charming town of Stars Hollow, Connecticut, the series follows the captivating lives of Lorelai and Rory Gilmore, a mother/daughter pair who have a relationship most people only dream of.
TV Show Star Rating : 7.7  Read More

Brazil Avenue is a dynamic, lifelike, and modern telenovela that reveals how unrelenting ambition and inflicted cruelty can change a young girl’s destiny and lead her to seek revenge.
TV Show Star Rating : 7.9  Read More