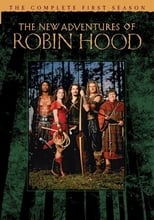 The New Adventures of Robin Hood

The New Adventures of Robin Hood is a 1997-1998 live action TV series on Turner Network Television. It was filmed in Vilnius, Lithuania and produced and distributed by Dune Productions, M6, and Warner Bros. International. The tone of the series resembled its contemporaries Hercules: The Legendary Journeys and Xena: Warrior Princess. The premiere episode aired immediately after an episode of WCW Monday Nitro. A unique promotional effort took place between the two, with the Nitro main event -- Hulk Hogan vs The Giant—not beginning until two minutes before the show ended and then continuing and being broadcast in lieu of standard commercial breaks. 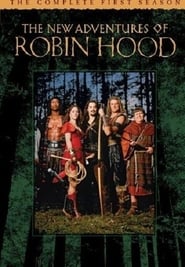 Similar TV Shows to The New Adventures of Robin Hood

Carnivàle is an American television series set in the United States during the Great Depression and Dust Bowl. In tracing the lives of two disparate groups of people, its overarching story depicts the battle between good and evil and the struggle between free will and destiny; the storyline mixes Christian theology with gnosticism and Masonic lore, particularly that of the Knights Templar.
TV Show Star Rating : 8.12  Read More

Set in England in the early 19th century, Pride and Prejudice tells the story of Mr and Mrs Bennet's five unmarried daughters after the rich and eligible Mr Bingley and his status-conscious friend, Mr Darcy, have moved into their neighbourhood. While Bingley takes an immediate liking to the eldest Bennet daughter, Jane, Darcy has difficulty adapting to local society and repeatedly clashes with the second-eldest Bennet daughter, Elizabeth.
TV Show Star Rating : 8.093  Read More

Atlantic City at the dawn of Prohibition is a place where the rules don't apply. And the man who runs things - legally and otherwise - is the town's treasurer, Enoch "Nucky" Thompson, who is equal parts politician and gangster.
TV Show Star Rating : 7.9  Read More

Two friends, one northern and one southern, struggle to maintain their friendship as events build towards the American Civil War.
TV Show Star Rating : 7.647  Read More

Dr. Michaela Quinn journeys to Colorado Springs to be the town's physician after her father's death in 1868.
TV Show Star Rating : 7.392  Read More

Jumong  examines the life of Jumong Taewang, founder of the kingdom of Goguryeo. Few details have been found in the historical record about Jumong, so much of the series is fictionalized. The fantastic elements surrounding the original Jumong legend have been replaced with events more grounded in reality.
TV Show Star Rating : 8.778  Read More