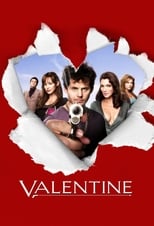 Valentine is a romantic comedy/drama television series that aired on The CW and City in Canada from October 5, 2008 to July 19, 2009. The series was created by Kevin Murphy, who also serves as executive producer alongside Courtney Conte. The show was produced by Media Rights Capital and aired on Sundays at 8:00pm. On November 20, 2008, CW pulled Valentine along with Easy Money. However, the series returned on Sunday, June 28, 2009 to begin burning off the remaining unaired episodes. The shows only season averaged 0.72 million viewers and 0.2 demo in Adults 18-49. 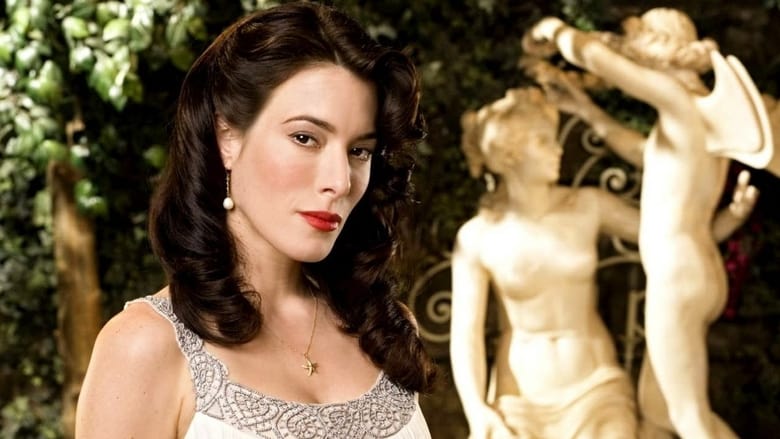 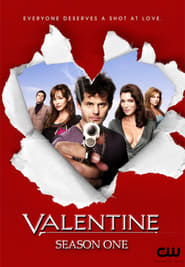 An ex-con becomes the traveling partner of a conman who turns out to be one of the older gods trying to recruit troops to battle the upstart deities. Based on Neil Gaiman's fantasy novel.
TV Show Star Rating : 6.9  Read More

Xena is an infamous warrior on a quest to seek redemption for her past sins against the innocent. Accompanied her comrade-in-arms Gabrielle, the campy couple use their formidable fighting skills to help those who are unable to defend themselves.
TV Show Star Rating : 7.3  Read More

In this adaptation of Homer's timeless epic, Armand Assante stars as Odysseus, the warrior King of the mythical island of Ithaca, who must endure a decade long quest to reach home after the Trojan war, overcoming savage monsters, powerful forces of nature, and seductive nymphs, and he must outsmart them all, with all the guile and intellect he can muster. Directed by Andrei Konchalovsky, the miniseries aired in two-parts beginning on May 18, 1997 on NBC.
TV Show Star Rating : 6.9  Read More

The God of High School

When an island half-disappears from the face of the earth, a mysterious organization sends out invitations for a tournament to every skilled fighter in the world.“If you win you can have ANYTHING you want.” they claim. They’re recruiting only the best to fight the best and claim the title of The God of High School. Jin Mori, a Taekwondo specialist and a high school student, soon learns that there is something much greater beneath the stage of the tournament.
TV Show Star Rating : 8.6  Read More

Love Alarm is an app that tells you if someone within a 10-meter radius has a crush on you. It quickly becomes a social phenomenon. While everyone talks about it and uses it to test their love and popularity, Jojo is one of the few people who have yet to download the app. However, she soon faces a love triangle situation between Sun-oh whom she starts to have feelings for, and Hye-young, who has had a huge crush on her.
TV Show Star Rating : 9.2  Read More

Young Hercules was a spin-off from the 1990s syndicated television series Hercules: The Legendary Journeys. It was aired on Fox Kids from September 12, 1998, to May 12, 1999. It lasted one season with 50 episodes and starred Ryan Gosling in the title role.
TV Show Star Rating : 6.4  Read More

Teenage Hercules is training as a hero and trying to adjust to life while battling his evil uncle Hades.
TV Show Star Rating : 6.3  Read More

Set in a gothic fantasy world, this is the story of Teito Klein, an orphaned slave who became the top military academy student. However, an unexpected turn of events left him pursued by the forces of the Barsburg Empire. Now an escaping convict, Teito's sheltered by the church and its law of sanctuary. Here, he discovered many mysteries surrounding himself, the church, and the Empire itself. The fact that he might be connected to a dethroned king and the mystical stone of god, "The Eye of Mikhael", made him the target of the empire more than ever. Fortunately the church is under the mythical 7 Ghost protection. But who are the Ghosts really. Will Teito be free from the military's clutch, and what of his said mission to uncover the history. And who is the military's Chief-of-Staff Ayanami exactly. Teito's future seems to have spiraled into an unexpectedly perilous path.
TV Show Star Rating : 7.6  Read More

Keiichi Morisato is looking forward to university life. But in reality, he has no luck in anything, and he has trouble with clubs, love, etc. The truth is that he has an unlucky star above his head. One day, Keiichi is stuck watching the dorm while his sempai are away, and has a mountain of chores to do to boot. But Keiichi is a good-natured person, and is set about doing his duties. As he is about to finish his final chore, he makes a phone call to his sempai. But the words that came through the receiver are, 'Goddess Help Line.' Shortly afterwards, a beautiful goddess named Belldandy appears in front of him from the mirror of his room.
TV Show Star Rating : 8.8  Read More