Remake of the hit 1960s television show. In the 21st century, Jeff Tracy, a former astronaut, amasses a colossal fortune and decides that he must use it to benefit others. His answer to this desire is to create International Rescue, a unique private emergency response service equipped with customized designed vehicles and equipment that enable the organization to react to any crisis whether it be in sea, air, land, or space. Jeffs five sons volunteer to operate as the pilots and field agents, as well "Brain" who acts as the teams engineer. In addition, Jeffs friend, Kyrano and his daughter Tanusha aka Kayo (based on the original series Tin-Tin character) agree to be the support staff. In addition to the field team, IR also maintains an intelligence network with Lady Penelope and her ex-con chauffeur, Parker as the chief agents in this arm. 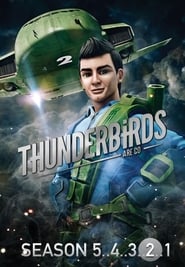 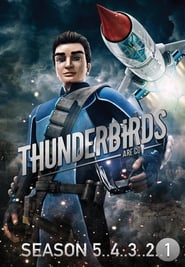 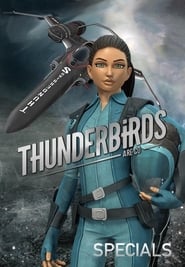 The A-Team is an American action-adventure television series, running from 1983 to 1987, about a fictional group of ex United States Army Special Forces personnel who work as soldiers of fortune, while on the run from the Army after being branded as war criminals for a "crime they didn't commit". A feature film based on the series was released by 20th Century Fox on June 11, 2010. A comic book series, A-Team: Shotgun Wedding, began March 9, 2010.
TV Show Star Rating : 6.9  Read More

Totally Spies! depicts three girlfriends 'with an attitude' who have to cope with their daily lives at high school as well as the unpredictable pressures of international espionage. They confront the most intimidating - and demented - of villains, each with their own special agenda for demonic, global rude behavior.
TV Show Star Rating : 5.6  Read More

Viper is an action-adventure TV series about a special task force set up by the federal government to fight crime in the fictional city of Metro City, California that is perpetually under siege from one crime wave after another. The weapon used by this task force is an assault vehicle that masquerades as a Dodge Viper RT/10 roadster and coupe. The series takes place in "the near future". The primary brand of vehicles driven in the show were Chrysler or subsidiary companies. The Viper Defender "star car" was designed by Chrysler Corporation engineers. The exterior design of the car was produced by Chrysler stylist Steve Ferrerio.
TV Show Star Rating : 7.6  Read More

The Master is a ninja-themed action-adventure TV series created by Michael Sloan which aired on NBC. The show focuses on the adventures of John Peter McAllister, an aging ninja master, and his young pupil, Max Keller. Most episodes focus on the mismatched pair driving around in a custom van, helping people in need along the way, similar to its more well-known contemporary, The A-Team. The Master lasted only 13 episodes before cancellation. The series was edited into seven movies that were released on video in 1984 and 1985.
TV Show Star Rating : 3  Read More

Shirt tales is an American animated series that aired on NBC from September 18, 1982 to January 21, 1984. The series featured animal characters, created in 1980 by greeting card designer Janet Elizabeth Manco, that were among Hallmark Cards' best sellers at the time.
TV Show Star Rating : 0  Read More

Street Sharks is an American-Canadian animated television series about crime-fighting half-man/half-sharks. It was produced by DIC Entertainment and aired from 1994 to 1995, originally as a part of the Amazin' Adventures lineup. Later, in 1996, the Street Sharks teamed up with the Dino Vengers and the show became "Dino Vengers Featuring Street Sharks". It was created to promote an existing Mattel toy line of the same name. The creators were David Siegel and Joe Galliani of Mr. Joe's Really Big Productions.
TV Show Star Rating : 4.7  Read More

Mister T is an animated series that aired on NBC on Saturday morning from 1983 to 1986. A total of 30 episodes were produced during the first two seasons, with the final season consisting entirely of reruns. The series was produced by Ruby-Spears. Reruns were later seen on the USA Cartoon Express in the late 1980s, and more recently as part of Cartoon Network's Adult Swim late-night programming block.
TV Show Star Rating : 7.8  Read More

Secret Squirrel is a funny animal cartoon character created by Hanna-Barbera, and also the name of his segment in the The Atom Ant/Secret Squirrel Show, which debuted in 1965. He was given his own show in 1966, but was reunited with Atom Ant for one more season in 1967. Secret first appeared in a prime-time animated special called The World of Atom Ant and Secret Squirrel, which aired on NBC on September 12, 1965. The Secret Squirrel half-hours included three individual cartoon segments: "Secret Squirrel," "Squiddly Diddly," and "Winsome Witch." Secret Squirrel's shorts were a parody of the then-popular spy genre, with most of his shorts' elements satirizing those of the James Bond films. Secret Squirrel was also known as "Agent 000". Beginning in 1993, thirteen new Secret Squirrel cartoons appeared in between the 2 Stupid Dogs episodes, with the updated title, Super Secret Secret Squirrel and a new cast. As of September 5, 2011, episode reruns returned on Boomerang from Cartoon Network.
TV Show Star Rating : 4  Read More

Justice Department undercover agent Michael Cates’s family was killed after he testified against crime boss Jacob Calder. Now Cates is working out of an 18 Wheeler under another undercover identity, that of Chance Bowman. As Cates wanders America listening to country music and helping people he is also dodging hit-men and still trying to take down Calder.
TV Show Star Rating : 5.5  Read More

The Highwayman is an American action-adventure themed television series starring Sam J. Jones, set in "the near future." It was created by Glen A. Larson and Douglas Heyes. The pilot aired in September 1987, and was followed by a short-lived series of nine episodes, with significant changes to the cast and format, that ran from March until May 1988. It was summed up by many reviewers as a cross between Mad Max and Knight Rider. Opening narration by William Conrad:
TV Show Star Rating : 8  Read More