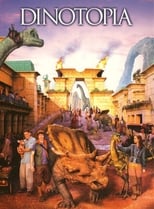 A pair of teenage half-brothers, Karl and David Scott, are on a flight with their father on his private plane when Karl takes over the controls, so his father can fall asleep. After flying into a storm, Karl struggles, causing Frank to retake control before it crashes into the ocean. Frank saves his sons, but has trouble escaping the crashed plane as his seatbelt fails to release. Karl and David wash up on the shore of a large uncharted island. Looking for help, Karl and David meet a man named Cyrus Crabb who leads them to Waterfall City, the capital of Dinotopia, a hidden civilization where human beings and dinosaurs peacefully coexist. In fact, some of the dinosaurs, notably a neurotic, but friendly Troodon named Zippo, possess human intelligence and speak perfect English. Among the many rules in Dinotopia is the edict that, once an outsider arrives, he or she is never allowed to leave. As Karl and David prepare to take their places in their new surroundings, both boys develop a strong bond with young Marion, who is on the verge of becoming a "matriarch" of the Dinotopian society. Legend has it that their ancestors lived in an underworld that was lit by sunstones. Cyrus has been stealing artifacts and books to try and find a way off the island. Zippo discovers all the stolen items, but Cyrus knocks him out and thows him in a water canal. Meanwhile, Karl finds a Dino egg and gets sent on a mission by himself. The sun-stones keep mysteriously breaking which causes the dinos to attack. David needs to learn to conquer his fears. Unfortunately, the incursion of vicious carnivores, not to mention an unanticipated human villain, threaten to destroy Dinotopia and everyone living there. 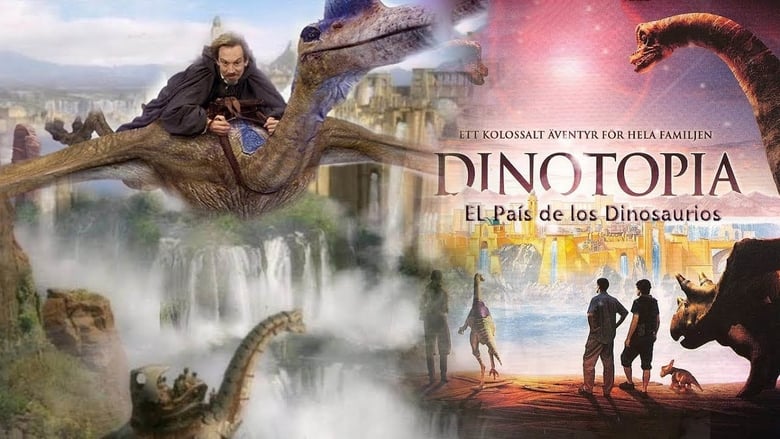 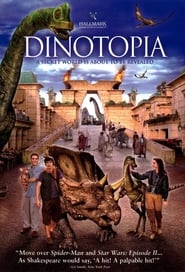 Frank Scott, a wealthy American, crashes his plane into the Caribbean. His two teenaged sons, Karl and David, survive, only to find themselves castaways on Dinotopia. Karl and David are constantly at odds, even as they struggle to adjust to life in their strange new world where talking dinosaurs live side by side in an uneasy alliance with humans.
TV Show Star Rating : 4.5  Read More

Legend of Earthsea is a two-night television miniseries adaptation of the "Earthsea" novels by Ursula K. Le Guin. It premiered on the Sci-Fi Channel in December 2004.
TV Show Star Rating : 5.8  Read More

Stripped of everything, the survivors of a horrific plane crash must work together to stay alive. But the island holds many secrets.
TV Show Star Rating : 7.8  Read More

During the Civil War five survivors escape from a prison camp in Richmond, Virginia by hot air balloon and find themselves on an uncharted island in the Pacific. Far from any kind of known civilization, the island is inhabited with carnivorous monsters, bloodthirsty pirates, and mad genius Captain Nemo (Patrick Stewart), who lives on the island for his own secretive ends.
TV Show Star Rating : 4.8  Read More

Barney & Friends is an American children's television series aimed at children from ages 2 to 5. The series, which first aired on April 6, 1992, features the title character Barney, a purple anthropomorphic Tyrannosaurus rex who conveys educational messages through songs and small dance routines with a friendly, optimistic attitude. New episodes have not been produced since 2009; however reruns continue to air on various PBS stations.
TV Show Star Rating : 3.7  Read More