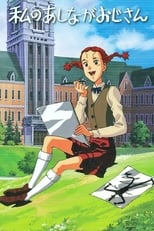 My Daddy Long Legs is a 1990 Japanese anime television series based on the novel Daddy-Long-Legs written by Jean Webster. The show was part of the container World Masterpiece Theater produced by Nippon Animation studios and was awarded the Excellent Movie Award for Television by the Japanese Agency of Cultural Affairs for Children in 1990. Websters story had been adapted into anime previously by Tatsunoko Productions in 1979 to the TV special Ashinaga Ojisan, which was directed by Masakazu Higuchi. The aforementioned special was dubbed in English and released in the US and is otherwise unrelated to this television series. 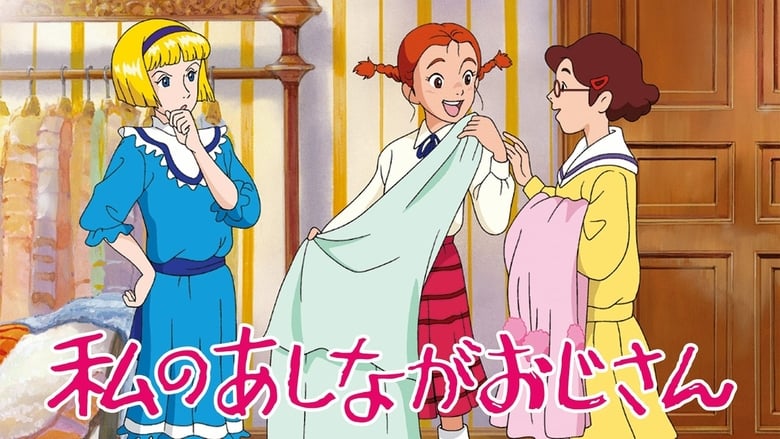 It’s Ryuji’s first day as a junior in high school and it seems as if things are looking up. He gets to sit in between his only friend, Yusaku, and, more importantly, the girl he’s secretly crushing on, Minori Kushieda. But just when he thinks the stars are aligned in his favor, he unwittingly crosses the most feared girl in school, Taiga Aisaku, making her onto his arch enemy. To top it off, Taiga has moved in right next door to Ryuji and happens to be Minori’s best friend! Can this school year possibly get any worse?!
TV Show Star Rating : 8.3  Read More

Mizutani Shizuku finds peace in her studies.  Working hard to stay at the top of the class, alone but focused.  When she is tasked with delivering class materials to Yoshida Haru, her world starts to rapidly expand.  With some new friends and feelings, will she be able to stay focused on her studies?
TV Show Star Rating : 8.8  Read More

At the end of her first year of high school, Futaba Yoshioka suddenly has a chance encounter with her first love, Kou Tanaka. Three years ago, he transferred schools before she was able to say how she felt about him. After meeting each other again, Futaba realizes that he has gone through many changes. He acts more cool and even had his last name changed to Mabuchi. Gradually the two rekindle their love while piecing together what had happened in the time that they were apart.
TV Show Star Rating : 8.2  Read More

Rock n' Roll may never die, but the Sakuragoaka Girl's High School Light Music Club might not be here to stay unless would-be drummer Ritsu Tainaka can find three more members to replace the graduated seniors. Determined to see that the beat goes on, Ritsu can get a little help from her friend Mio Akiyama on bass, and together they might be able to convince choir-inclined Tsumugi Kotobuki to join on the keyboards. But even then, they'll still need a hero, preferably of the juke-box variety with stars in her eyes. Instead they find Yui Hirasawa, who's looking for a club to join and who's never held a guitar in her life. But when Yui does pick up a beat-up six-string, it feels good in her hands, and it doesn't take long to understand that maybe she's finally found a place where she belongs. Because you can't stop the music when four girls share a dream, even if it's something as crazy as someday playing at the famous Budokan. It's going to be a long and winding road, but if they find their passion and follow their muse, they could go anywhere in K-ON!
TV Show Star Rating : 7.5  Read More

After a family tragedy turns her life upside down, 16-year-old high school student Tohru Honda takes matters into her own hands and moves out… into a tent! Unfortunately for her, she pitches her new home on private land belonging to the mysterious Soma clan, and it isn't long before the owners discover her secret. But, as Tohru quickly finds out when the family offers to take her in, the Somas have a secret of their own—when hugged by the opposite sex, they turn into the animals of the Chinese Zodiac!
TV Show Star Rating : 8  Read More

Tohru Honda is 16 year old orphaned girl who gets invited to live in the house of her classmate, the handsome boy Sohma Yuki, and his cousins, 16 year old Kyo and 27 year old Shigure. However, these young men and parts of the rest of their family (both close and distant) hold a curse; if they are hugged by the opposite gender, they transform into animals of the Chinese Zodiac. Everyday is an adventure for sweet Tohru, as she gets to know everyone in the large family better (especially Yuki and Kyo), in both common and bizarre situations. But, the Sohma Family curse is certainly no laughing matter... it also holds horrible cruelty and heartbreak.
TV Show Star Rating : 7.2  Read More