SANTOS DUMONT tells the story of the man who embodied the great transformations of the turn of the century, acclaimed almost worldwide as the first man to fly a plane - the 14 Bis. Set in France and Brazil in the late 19th and early 20th centuries, the production follows the aviators trajectory, from his childhood at his familys coffee plantations in the interior of Minas Gerais, to the sophisticated Paris lounges and air clubs. 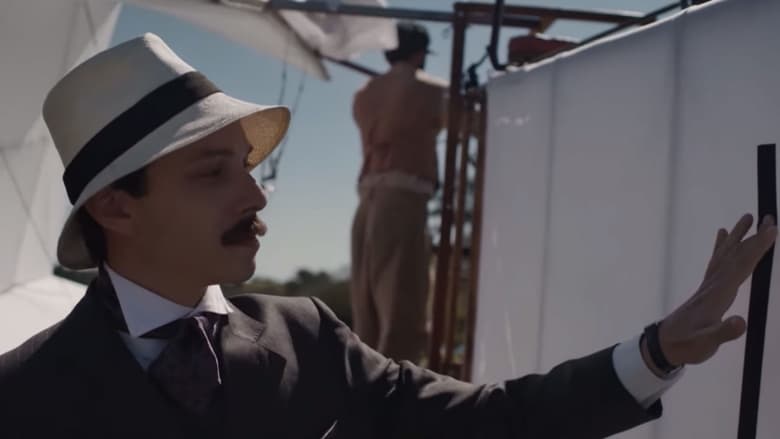 The story of Claire Randall, a married combat nurse from 1945 who is mysteriously swept back in time to 1743, where she is immediately thrown into an unknown world where her life is threatened. When she is forced to marry Jamie, a chivalrous and romantic young Scottish warrior, a passionate affair is ignited that tears Claire's heart between two vastly different men in two irreconcilable lives.
TV Show Star Rating : 7.3  Read More

The gripping, decades-spanning inside story of Her Majesty Queen Elizabeth II and the Prime Ministers who shaped Britain's post-war destiny. The Crown tells the inside story of two of the most famous addresses in the world – Buckingham Palace and 10 Downing Street – and the intrigues, love lives and machinations behind the great events that shaped the second half of the 20th century. Two houses, two courts, one Crown.
TV Show Star Rating : 8.1  Read More

A mysterious criminal steals a secret state-of-the-art time machine, intent on destroying America as we know it by changing the past. Our only hope is an unexpected team: a scientist, a soldier and a history professor, who must use the machine's prototype to travel back in time to critical events. While they must make every effort not to affect the past themselves, they must also stay one step ahead of this dangerous fugitive. But can this handpicked team uncover the mystery behind it all and end his destruction before it's too late?
TV Show Star Rating : 7.2  Read More

The story of the Medici family of Florence, their ascent from simple merchants to power brokers sparking an economic and cultural revolution. Along the way, they also accrue a long list of powerful enemies.
TV Show Star Rating : 7.6  Read More

The Ministry of Time

A soldier from the 15th century, a university student from the 19th century and a nurse from the present join the secret 'Department of Time', a secret department within the Spanish government with the ability to travel through time. Their mission is prevent changes in history.
TV Show Star Rating : 7.2  Read More

An intoxicating love story set in England's first department store in the 1870s. The Paradise revolves around the lives of the people who live and work in the store, each bound in their own way by the power of the world they live in, and the pasts that follow them there. A love story, mystery, and social comedy all in one.
TV Show Star Rating : 6.6  Read More

Based in Shinmiyangyo, or the U.S. expedition to Korea in the late 19th century, Mr. Sunshine tells the story of a Korean boy born into a family of a house servant running away to board an American warship, later to return to his homeland as a U.S. marine officer. He ironically falls in love with an aristocrat’s daughter and discovers the dark scheme to colonize the country that he once ran away from.
TV Show Star Rating : 8.1  Read More

The story of Mi Yue (Queen Dowager Xuan), the first stateswoman in the history of China. Mi Yue was a young princess who lived in the Kingdom of Chu during the Warring States period. She was sent to Qin as a concubine and part of her sister Mi Shu's dowry, separating her from first love Huang Xie. King Ying Si passes away while his sons are still battling for the throne, and ultimately, Ying Dang comes out as the successor. Mi Yue is banished to Yan with her son Ying Ji. However, Ying Dang suddenly dies, leaving Qin in a state of chaos. Mi Yue enlists the help of the "barbarian" Yiqu army, successfully returning to Qin, suppressing political revolts and instates her son Ying Ji on the throne. Mi Yue goes on to become the first Empress Dowager (Empress Mother) in China’s history.
TV Show Star Rating : 9  Read More