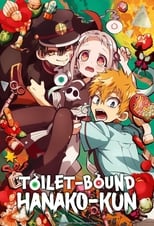 The famous "Seven Wonders" that every school seems to have are a staple of Japanese urban legends. One of the most well-known of these tales is that of Hanako-san: the ghost of a young girl who haunts the schools bathrooms. Kamome Academy has its own version of Hanako-sans legend. Rumors claim that if one successfully manages to summon Hanako-san, she will grant her summoner any wish. Lured by the gossip, many people have tried to call upon her, yet every attempt has failed. However, when Nene Yashiro, a girl hoping for romantic fortune, dares to summon Hanako-san, she discovers that the rumored "girl" is actually a boy! After a series of unfortunate events involving Nenes romantic desires, she is unwillingly entangled in the world of the supernatural, becoming Hanako-kuns assistant. Soon, she finds out about Hanako-kuns lesser-known duty: maintaining the fragile balance between mortals and apparitions. 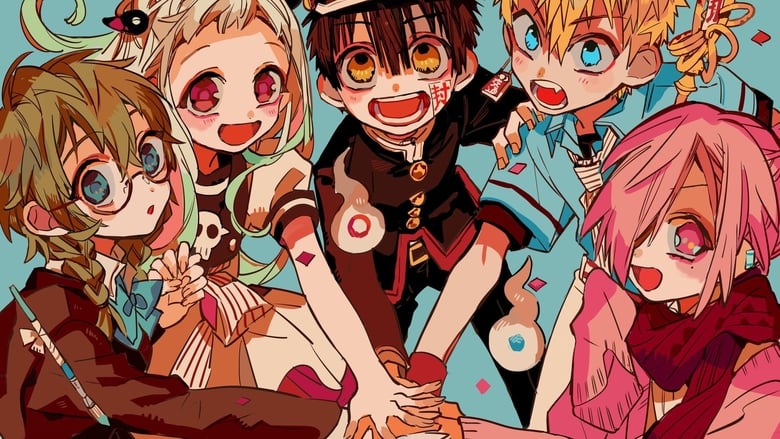 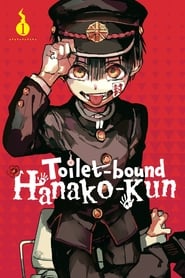 Nanami was just a normal high school girl down on her luck until a stranger’s lips marked her as the new Land God and turned her world upside down. Now, she’s figuring out the duties of a deity with the help of Tomoe, a reformed fox demon who reluctantly becomes her familiar in a contract sealed with a kiss. The new responsibilities—and boys—are a lot to handle, like the crow demon masquerading as a gorgeous pop idol and the adorable snake spirit who’s chosen the newly minted god to be his bride. As the headstrong Tomoe tries to whip her into shape, Nanami finds that love just might have cute, pointed fox ears. With romance in the air, will the human deity be able to prove herself worthy of her new title?
TV Show Star Rating : 8.8  Read More

Shuichi Kagaya is an ordinary high school kid in a boring little town. But when a beautiful classmate is caught in a warehouse fire, he discovers a mysterious power: he can transform into a furry dog with an oversized revolver and a zipper down his back. He saves the girl’s life, sharing his secret with her. But she’s searching for the sister who killed her family, and she doesn’t care how degrading it gets: she will use Shuichi to accomplish her mission…
TV Show Star Rating : 8.1  Read More

In a world populated by anthropomorphic animals, herbivores and carnivores coexist with each other. For the adolescences of Cherryton Academy, school life is filled with hope, romance, distrust, and uneasiness. The main character is Legoshi the wolf, a member of the drama club. Despite his menacing appearance, he has a very gentle heart. Throughout most of his life, he has always been an object of fear and hatred by other animals, and he’s been quite accustomed to that lifestyle. But soon, he finds himself becoming more involved with his fellow classmates who have their own share of insecurities and finds his life in school changing slowly.
TV Show Star Rating : 8.7  Read More

Tohru Honda is 16 year old orphaned girl who gets invited to live in the house of her classmate, the handsome boy Sohma Yuki, and his cousins, 16 year old Kyo and 27 year old Shigure. However, these young men and parts of the rest of their family (both close and distant) hold a curse; if they are hugged by the opposite gender, they transform into animals of the Chinese Zodiac. Everyday is an adventure for sweet Tohru, as she gets to know everyone in the large family better (especially Yuki and Kyo), in both common and bizarre situations. But, the Sohma Family curse is certainly no laughing matter... it also holds horrible cruelty and heartbreak.
TV Show Star Rating : 7.2  Read More

Uzaki-chan Wants to Hang Out!

Shinichi Sakurai’s one wish is for a little peace and quiet. But Hana Uzaki — his boisterous, well-endowed underclassman — has other plans. All she wants is to hang out and poke fun at him. With the help of her chipper charm and peppy persistence, this might just be the start of a beautiful relationship!
TV Show Star Rating : 8  Read More

In today’s Japan, "rental" services can deliver an afternoon with a "friend," a "parent," even a fake girlfriend! Kinoshita Kazuya is a 20-year-old failure of a college student. He managed to kiss his girlfriend once, but was dumped after a month. Completely spiteful, Kazuya gets just desperate enough to give it a try. But he quickly discovers how complicated it can be to "rent" an emotional connection… and his new "girlfriend," Mizuhara Chizuru, who’s trying to keep her side hustle secret, will panic when she finds out her real life and Kazuya’s are intertwined in surprising ways! A reckless rom-com filled with love and excitement is about to begin!
TV Show Star Rating : 7.3  Read More

Earth faces an unprecedented threat from an invasion by the mysterious Kiseichuu. The Kiseichuu feed on human sexual energy, also known as “H-energy”, and weaken the human population. High school student Retto Enjo is a member of the hero group HXEROS, who fight together to save the earth from the Kiseichuu.
TV Show Star Rating : 8.5  Read More

Yūji Itadori is a boy with tremendous physical strength, though he lives a completely ordinary high school life. One day, to save a friend who has been attacked by Curses, he eats a finger of Ryōmen Sukuna, taking the Curse into his own soul. From then on, he shares one body with Sukuna. Guided by the most powerful of sorcerers, Satoru Gojō, Itadori is admitted to the Tokyo Metropolitan Technical High School of Sorcery, an organization that fights the Curses... and thus begins the heroic tale of a boy who became a Curse to exorcise a Curse, a life from which he could never turn back.
TV Show Star Rating : 0  Read More

At the young age of 11, Kotoko Iwanaga was abducted by youkai for two weeks and asked to become their "God of Wisdom," a mediator between the spirit and human worlds, to which the girl quickly agreed but at the cost of her right eye and left leg. Now, six years later, whenever youkai wish for their problems to be solved, they make their way to Kotoko for consultation. Meanwhile, Kurou Sakuragawa, a 22-year-old university student, has just broken up with his girlfriend after he fled alone when the two encountered a kappa. Seeing this as her chance to become closer with him, Kotoko immediately makes her move, hoping to get married to Kurou one day. However, she quickly realizes there is something more to Kurou. With this knowledge, she asks for his help in solving the various issues presented by the supernatural, all the while wishing her newfound partner will eventually reciprocate her feelings.
TV Show Star Rating : 8.1  Read More

Sakamoto Ryouta is an unemployed 22-year-old who lives with his mother. In the real world, there may be nothing really special about him, but online, he's one of the world's top players of the combat game Btooom!. One day, he awakes on what appears to be a tropical island, though he has no memory of how or why he has come to be there. While wandering around, Ryouta sees someone and calls out for help. The stranger responds by throwing a bomb at him! Now Ryouta realizes both that his life is in danger and that he has somehow been trapped in a real-life version of his favourite game! Will Ryouta be able to survive long enough to figure out how and why he ended up here?
TV Show Star Rating : 6.9  Read More

Keeping Up with the Kardashians - (Apr 23rd)