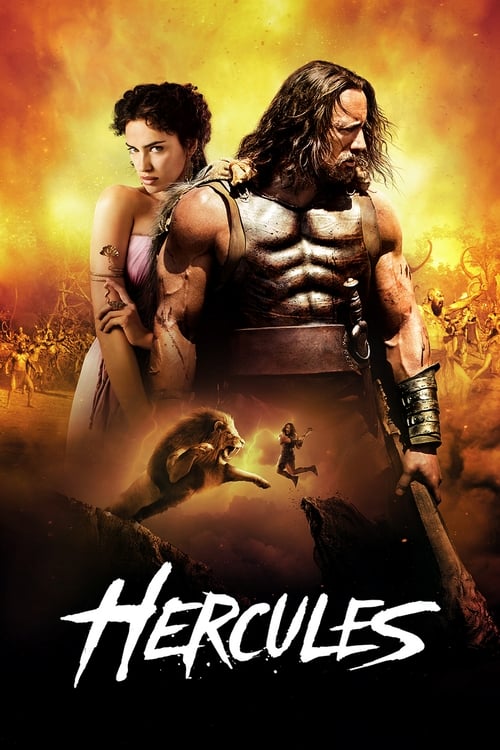 Tagline : Before he was a legend, he was a man.

Plot : Fourteen hundred years ago, a tormented soul walked the earth that was neither man nor god. Hercules was the powerful son of the god king Zeus, for this he received nothing but suffering his entire life. After twelve arduous labors and the loss of his family, this dark, world-weary soul turned his back on the gods finding his only solace in bloody battle. Over the years he warmed to the company of six similar souls, their only bond being their love of fighting and presence of death. These men and woman never question where they go to fight or why or whom, just how much they will be paid. Now the King of Thrace has hired these mercenaries to train his men to become the greatest army of all time. It is time for this bunch of lost souls to finally have their eyes opened to how far they have fallen when they must train an army to become as ruthless and blood thirsty as their reputation has become. 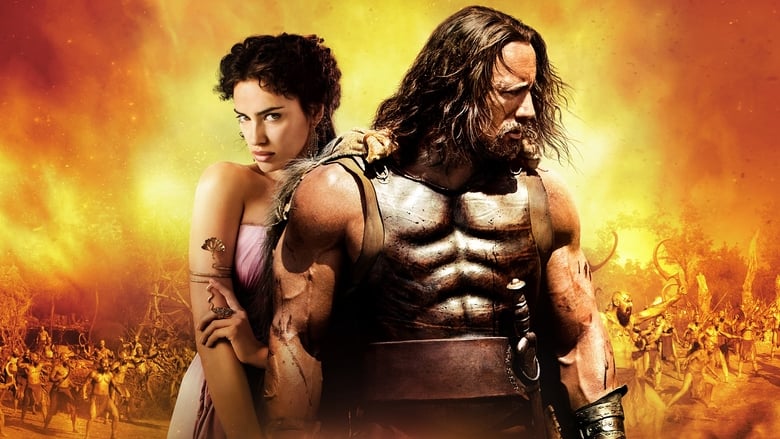 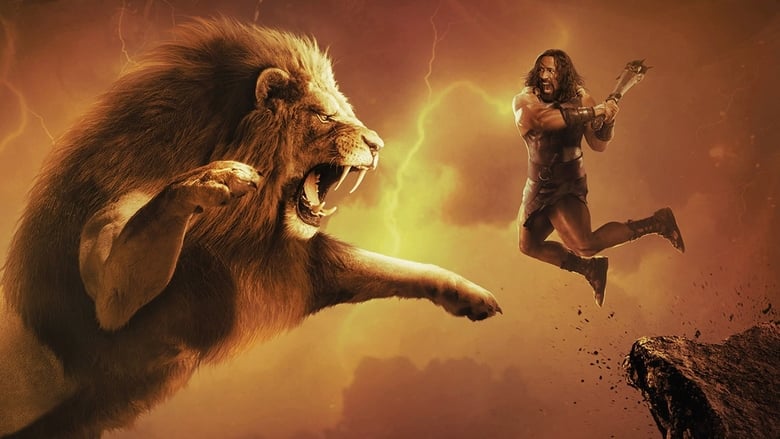 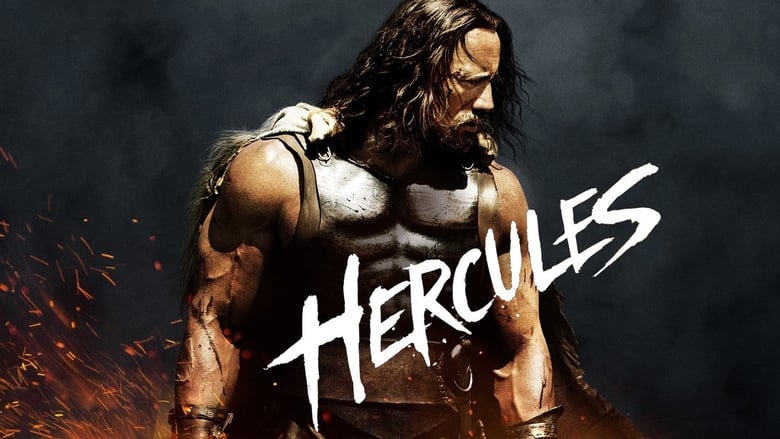 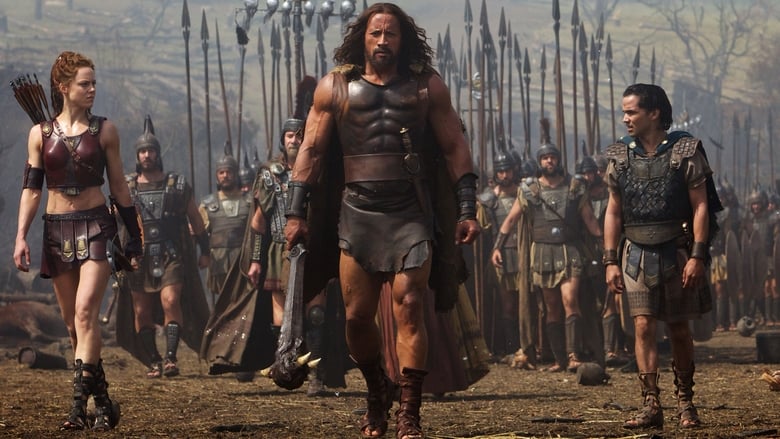 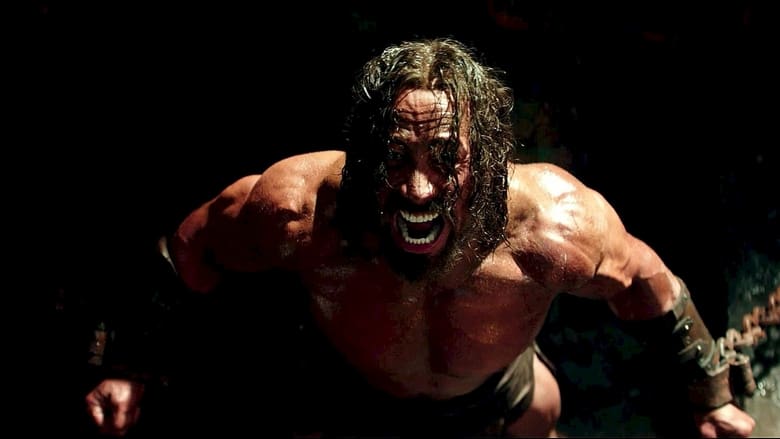 Of course, not the best movie but the cast is well chosen and delivers a good performance. The intention is no more than doing an entertaining action movie, maybe a bit too violent for all audiences. In any case, the fresh approach is to show a down to earth Hercules, not a demigod, but the actual product of the marketing for creating a hero and become a legend when centuries have past. Just for this it deserves some recognition.

A fairly entertaining movie but Hercules as most people know the story it is not. The movie blurb above from Paramount is at least fairly honest in calling it a “revisionist take”. Most other commercial texts talk about the legendary twelve labors and in general makes you think that Hercules is … well Hercules. Do not be fooled. Most of this movie goes to some length to portray Hercules as a normal man, unusually strong for sure but certainly no demigod, that have created the myth surrounding him himself with the help of his friends. If you are into Greek mythology and do not like it messed with this movie is not for you. It is a classical Hollywood rewrite focusing on action with little respect for anything else. Having said that, it is not the total disaster as is normally the result when Hollywood makes “their take” on something classical. Hercules and his team are a fairly charming bunch of hard hitting rascals. The revised story is not really all that bad. Simple and predictable of course, it is a Hollywood action movie after all, but it works fairly well. The movie is an action movie so naturally the main reward of this movie are the action scenes which are fairly good. Over the top, unbelievable and devoid of any form of actual military strategy of course but still quite entertaining. Whoever wrote the scenes having Hercules and his friends running around in the middle of huge battles without much in terms of protection while the rest of the army huddled down in this famous shield wall formation is no genius, military or otherwise, that has to be said. Well, at least it got Hercules some head bashing moments. If you are a fan of action movies and are prepared to put your brain in park and just enjoy the show this is a rather entertaining movie. At least this is my take on it. Some of the scenery is quite beautiful, even slightly breathtaking. It never really feels slow and the acting is on a level suitable for the movie. A slightly above average Hollywood “rewrite” I would say.

Dwayne Johnson has always been able to give off that cheeky look, as if to say "Hey - I can't believe I'm doing this for a living!" - here he manages to add "and, I'll bet neither can you!"... Based loosely on Greek legend, he is the eponymous hero who has to rescue his perilously poised nephew "Iolaus" (Reece Ritchie) from a fate worse than death, then take his sword to work for the rather feeble King "Eurystheus" of Thrace (Joseph Fiennes) and his feisty daughter "Atalanta" (Ingrid Bolsø Berdal) against the ruthless Lord "Cotys" (John Hurt - a man who also looks like drink has been taken). Anyway, what now ensues is a collection of reasonably produced set-piece action scenarios as our demi-god must parry and thrust he way through all sorts of peril. Aside from the two at the top of the bill, it really does plumb the deaths of British cinema mediocrity - Ian MacShane and Rufus Sewell being chief amongst the acting "talent" that ought to have fallen on their swords shortly before the titles ran. The visual effects are fine, and there is plenty of adventure to be had - but the dialogue is banal and even the usually reliable Rebecca Ferguson can find nothing to spice this up. Pity - these are great and unlimited tales for the big screen; this one might just keep you entertained on a long train journey on your iPhone. Ham, anyone?

On the mystical island of Themyscira, a proud and fierce warrior race of Amazons have raised a daughter of untold beauty, grace and strength: Princess Diana. When an Army fighter pilot, Steve Trevor, crash-lands on the island, the rebellious and headstrong Diana defies Amazonian law by accompanying Trevor back to civilization.

After a successful robbery leaves famed thief Lupin the Third and his partner Jigen with nothing but a large amount of expertly crafted counterfeit bills, he decides to track down the forgers responsible—and steal any other treasures he may find in the Castle of Cagliostro, including the 'damsel in distress' he finds imprisoned there.

The life of a young, Japanese schoolgirl is destroyed when her family is killed by a Ninja-Yakuza family. Her hand cut off, she replaces it with various machines-of-death, and seeks revenge.

The human race is threatened by a powerful creature, and only the combined power of Superman, Batman, Wonder Woman, Green Lantern, Martian Manhunter and The Flash can stop it. But can they overcome their differences to thwart this enemy using the combined strength of their newly formed Justice League?

In a gritty and alternate 1985 the glory days of costumed vigilantes have been brought to a close by a government crackdown, but after one of the masked veterans is brutally murdered, an investigation into the killer is initiated. The reunited heroes set out to prevent their own destruction, but in doing so uncover a sinister plot that puts all of humanity in grave danger.

Frank Martin puts the driving gloves on to deliver Valentina, the kidnapped daughter of a Ukranian government official, from Marseilles to Odessa on the Black Sea. En route, he has to contend with thugs who want to intercept Valentina's safe delivery and not let his personal feelings get in the way of his dangerous objective.

The Scorpion King 2: Rise of a Warrior

The heroic tale of young Mathayus and his relentless quest for justice against an evil and powerful villain, King Sargon. Mathayus faces heart-stopping tribulations during his adventurous, odds-defying trajectory toward his ultimate destiny: becoming the formidable warrior king of an ancient desert empire.

Raven Shaddock and his gang of merciless biker friends kidnap rock singer Ellen Aim. Ellen's former lover, soldier-for-hire Tom Cody, happens to be passing through town on a visit. In an attempt to save his star act, Ellen's manager hires Tom to rescue her. Along with a former soldier, they battle through dangerous cityscapes, determined to get Ellen back.

As if the Penguin wasn't enough to contend with, a new vigilante has surfaced in Gotham City, and her strong-arm tactics give Batman cause for concern.

The only U.S. Marshal assigned to Antarctica, Carrie Stetko will soon leave the harsh environment behind for good – in three days, the sun will set and the Amundsen-Scott Research Station will shut down for the long winter. When a body is discovered out on the open ice, Carrie's investigation into the continent's first homicide plunges her deep into a mystery that may cost her her own life.

When an unexpected enemy emerges and threatens global safety and security, Nick Fury, director of the international peacekeeping agency known as S.H.I.E.L.D., finds himself in need of a team to pull the world back from the brink of disaster. Spanning the globe, a daring recruitment effort begins!