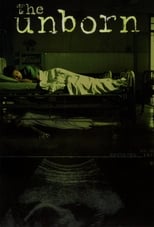 Based on an urban legend that became the talk of the town in the year 2000. The story begins when Por wakes up in hospital, after being brutally beaten by a drug dealer, to find herself going to give birth. Frightened and confused, Por finds herself confronting strange and disturbing events. She hears the weird voice of a child, she can't see but whose doll moves around by it. As well, she has to deal with the appearance of a mysterious woman who she has never met before. Danger is all around her and she gets caught up in a series of life-threatening situations. Trapped between reality and illusion, Por faces the most terrifying experience of her life!