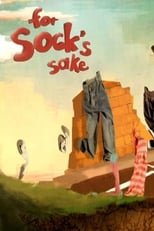 A sock escapes from the clothes line to go clubbing

Stop-motion animated short produced as a film student graduation project at the Gobelins Animation School of Paris by Carlo Vogele, class of 2008, leading to a career as a character animator at Pixar. It was selected as the winner of the Best Graduation Film award the following year at the Annecy International Animated Film Festival. 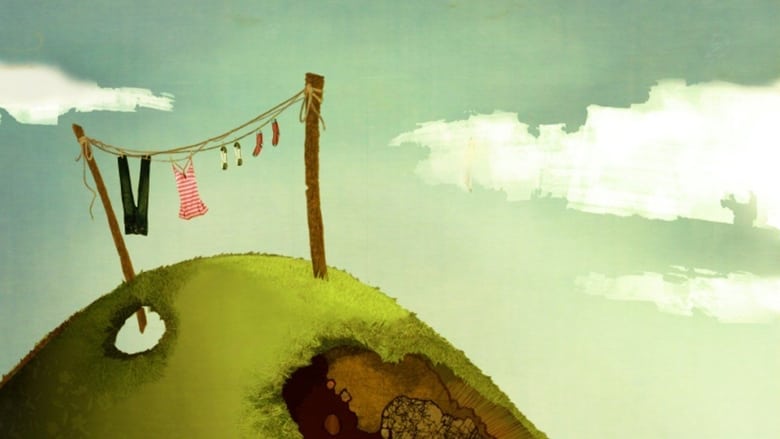 Similar Movies to For Socks Sake

Gromit finds himself being pushed out of his room and home by a new lodger who is actually a ruthless criminal (and a small penguin). The penguin is planning a robbery and needs to use Wallace and his mechanical remote controlled trousers to pull off the raid. However, Gromit is wise to the penguin and comes to the rescue.
Movie Star Rating : 7.6  Read More

Dug, along with his sidekick Hognob, unite a cavemen tribe to save their hidden valley from being spoiled and, all together as a team, to face the menace of a mysterious and mighty enemy, on the turf of an ancient and sacred sport.
Movie Star Rating : 6.1  Read More

Cheese-loving eccentric Wallace and his cunning canine pal, Gromit, investigate a mystery in Nick Park's animated adventure, in which the lovable inventor and his intrepid pup run a business ridding the town of garden pests. Using only humane methods that turn their home into a halfway house for evicted vermin, the pair stumble upon a mystery involving a voracious vegetarian monster that threatens to ruin the annual veggie-growing contest.
Movie Star Rating : 6.9  Read More

A Matter of Loaf and Death

Wallace and Gromit have a brand new business - a bakery. Although business is booming, Gromit is concerned by the news that 12 local bakers have 'disappeared' this year - but Wallace isn't worried. He's too distracted and in love with local beauty and bread enthusiast, Piella Bakewell, to be of much help. Gromit must be the sleuth and solve the escalating murder mystery.
Movie Star Rating : 7.2  Read More

When Shaun decides to take the day off and have some fun, he gets a little more action than he bargained for. A mix up with the Farmer, a caravan and a very steep hill lead them all to the Big City and it's up to Shaun and the flock to return everyone safely to the green grass of home.
Movie Star Rating : 6.9  Read More

A Grand Day Out

Wallace and Gromit have run out of cheese and this provides an excellent excuse for the animated duo to take their holiday on the moon, where, as everyone knows, there is ample cheese. The moon is inhabited by a mechanical caretaker, who is not too happy about the two visitors from earth that nibble on the moon.
Movie Star Rating : 7.5  Read More

Wallace falls in love with wool-shop owner Wendolene, not suspecting that she (or rather, her dog) is at the head of a fiendish sheep-rustling plot. Gromit is set up and jailed, but his new-found sheepish friend is determined to give Wallace a helping hand in finding out the real truth.
Movie Star Rating : 7.5  Read More

A Night at the Roxbury

Despite being well into adulthood, brothers Doug and Steve Butabi still live at home and work in the flower shop owned by their dad. They exist only to hit on women at discos, though they're routinely unsuccessful until a chance run-in with Richard Grieco gets them inside the swank Roxbury club. Mistaken for high rollers, they meet their dream women, Vivica and Cambi, and resolve to open a club of their own.
Movie Star Rating : 6.5  Read More

Manchester, 1976. Tony Wilson is an ambitious but frustrated local TV news reporter looking for a way to make his mark. After witnessing a life-changing concert by a band known as the Sex Pistols, he persuades his station to televise one of their performances, and soon Manchester's punk groups are clamoring for him to manage them. Riding the wave of a musical revolution, Wilson and his friends create the legendary Factory Records label and The Hacienda club.
Movie Star Rating : 7  Read More

Wallace and Gromit try out a number of their latest inventions which rarely work as planned. This movie includes 10 very short stories: 1) The Soccamatic. 2) The Tellyscope. 3) The Autochef. 4) The Snoozatron. 5) The Turbo Diner. 6) The Bully Proof Vest. 7) The 525 Crackervac. 8) A Christmas Cardomatic. 9) The Snowmanotron. 10) Shopper13.
Movie Star Rating : 7.2  Read More

A movie that starts out with the "Man in the Mirror" music video, it then changes to a montage of video clips of Michael's career. Next comes a parody of his Bad video by children, and then Michael is chased by fans in a fantasy sequence. 2 more videos are shown, and then a movie in which Michael plays a hero with magical powers. In it he is chased by drug dealer Mr. Big and saves three children. Videos included in the movie are "Smooth Criminal" and "Come Together".
Movie Star Rating : 6.8  Read More