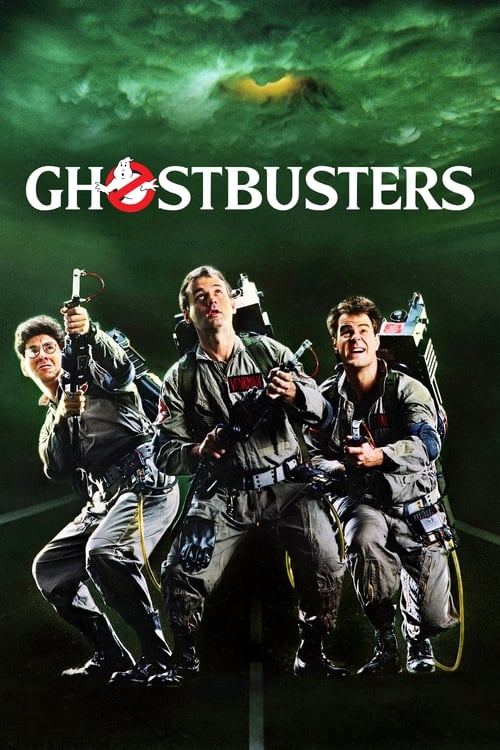 Tagline : They ain't afraid of no ghost.

Plot : After losing their academic posts at a prestigious university, a team of parapsychologists goes into business as proton-pack-toting "ghostbusters" who exterminate ghouls, hobgoblins and supernatural pests of all stripes. An ad campaign pays off when a knockout cellist hires the squad to purge her swanky digs of demons that appear to be living in her refrigerator. 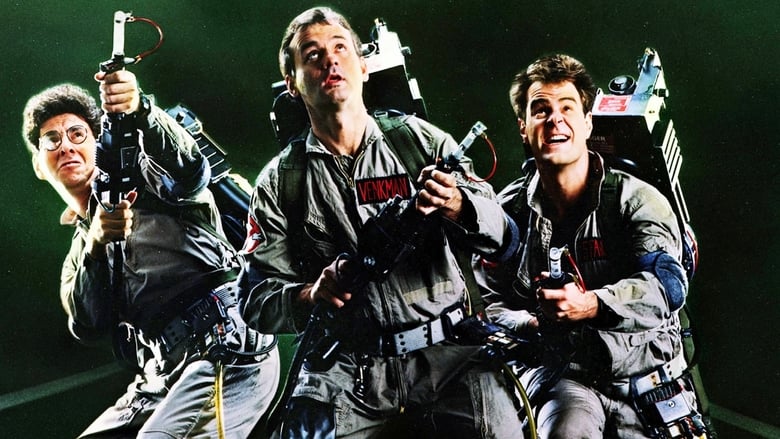 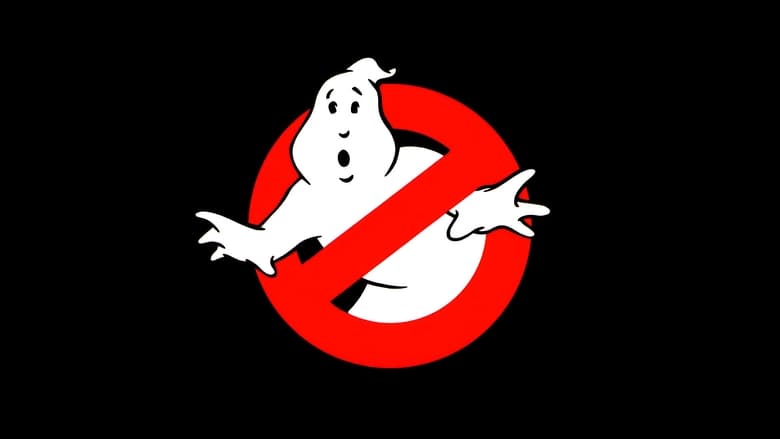 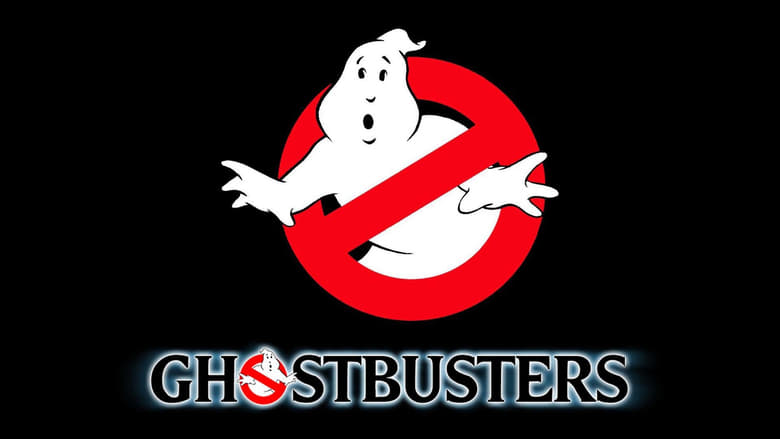 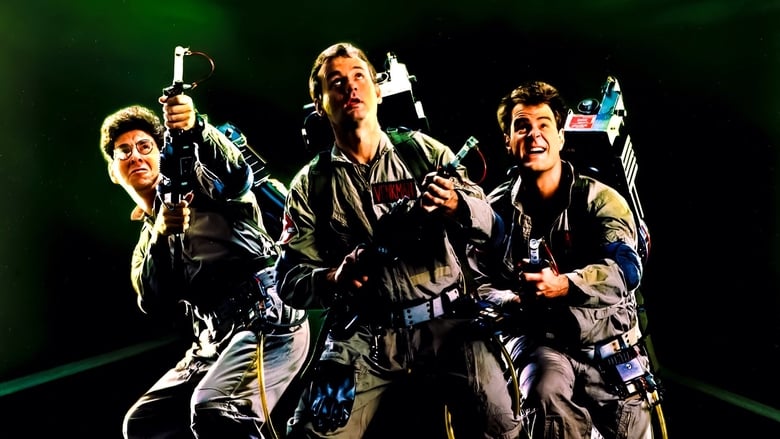 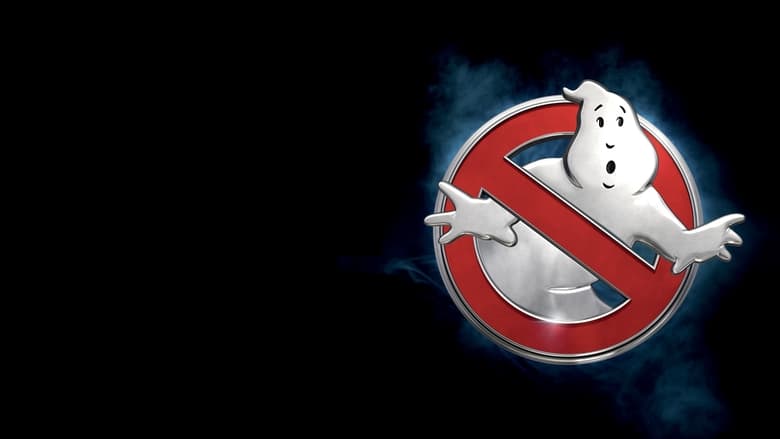 They came, they saw, they briefly conquered the 80s. A trio of misfit parapsychologists set up business as Ghostbusters. Ideal really because although slow at first, their business starts to boom as New York comes under threat from a supernatural force. Dan Aykroyd had this idea about space Ghostbusters in the future and the plan was to have himself and fellow Blues Brother, John Belushi, star in it. Pitching it to producer and director Ivan Reitman saw the basic concept retained but eventually it became what we now know as Ghostbusters. Co-written with Harold Ramis (also a co-star), Aykroyd's genesis turned not only into a "monster" smash hit at the box office, but also into a pop-cultural "phenomenon". In fact it actually is nice to re-visit the film these days without the public euphoria that swamped the movie for what seemed like a decade. T-shirts with the Ghostbusters logo on were everywhere, a telephone number if you rang it would have the Busters on answer phone, whilst the title song from Ray Parker Jr could be heard on the hour every hour on the radio. Even the catch phrase of "who ya gonna call?" was being used by the young, the old and the restless. Marketing genius or cynical tactics covering a sub-standard film? Well ultimately the film is really rather ace, it has some problems for sure (the effects were bad back then, never mind now and Ernie Hudson is a token addition to the team) but it's razor sharp with its wit and has a mass appeal to people of all ages. It's a basic odd ball's to the rescue plot, but the differing characterisations and comedy lift it considerably higher than similarly themed films that had come prior to it. That it boasts a bigger budget and Bill Murray of course helps the cause. Murray was brought in after Belushi had left the mortal coil, and promptly owns the film. His Dr. Venkman is a fusion of sarcasm, biting one liners and sees science as a way of getting girls. All of which blends mirthfully with the polar opposites that are Aykroyd's Stanz and Ramis' Spengler. Sigourney Weaver lights up the screen as the soon to be possessed, and chased by Venkmen, Dana Barrett and Rick Moranis does meek goof-ball supreme as Louis Tully. There's also value to be found in the script courtesy of some political nudging as the mayor is aware of vote power, while the human element badness and cynicism comes from William Atherton's (suitably weasel like) stiff suit Walter Peck. Given its success (it made a worldwide profit of almost $262 million) a sequel was inevitable. Amiable enough as it was, it was a pale shadow of the first film and even recycled the ending. So stick with this bad boy then, a fun film for all that serves as a reminder of when the world went Ghostbusters barmy. 8/10

It was luck that I had this film and the sequel on my NowTV. I watched this in the afternoon and it brings me back fond memories. Not too scary but suitable for the spooky month. Who ya gonna call?!

After a global war, the seaside kingdom known as the Valley of the Wind remains one of the last strongholds on Earth untouched by a poisonous jungle and the powerful insects that guard it. Led by the courageous Princess Nausicaä, the people of the Valley engage in an epic struggle to restore the bond between humanity and Earth.
Movie Star Rating : 7.9  Read More

Two angels, Damiel and Cassiel, glide through the streets of Berlin, observing the bustling population, providing invisible rays of hope to the distressed but never interacting with them. When Damiel falls in love with lonely trapeze artist Marion, the angel longs to experience life in the physical world, and finds - with some words of wisdom from actor Peter Falk - that it might be possible for him to take human form.
Movie Star Rating : 7.8  Read More

Lightning McQueen, a hotshot rookie race car driven to succeed, discovers that life is about the journey, not the finish line, when he finds himself unexpectedly detoured in the sleepy Route 66 town of Radiator Springs. On route across the country to the big Piston Cup Championship in California to compete against two seasoned pros, McQueen gets to know the town's offbeat characters.
Movie Star Rating : 6.9  Read More