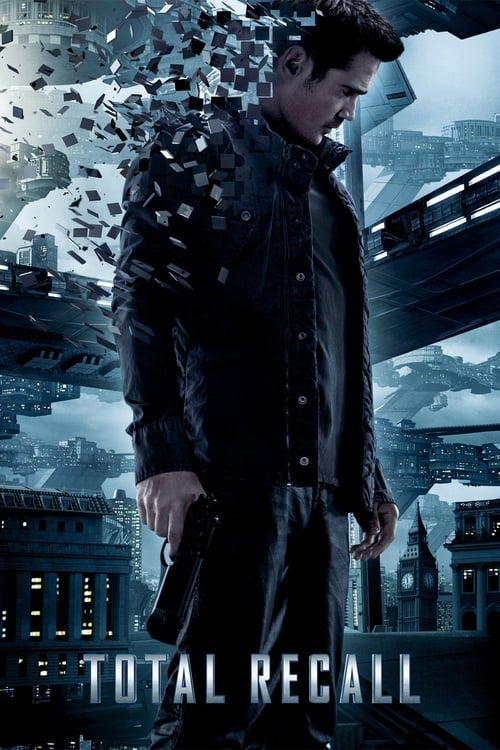 Tagline : What Is Real?

Plot : Welcome to Rekall, the company that can turn your dreams into real memories. For a factory worker named Douglas Quaid, even though he's got a beautiful wife who he loves, the mind-trip sounds like the perfect vacation from his frustrating life - real memories of life as a super-spy might be just what he needs. But when the procedure goes horribly wrong, Quaid becomes a hunted man. Finding himself on the run from the police - controlled by Chancellor Cohaagen, the leader of the free world - Quaid teams up with a rebel fighter to find the head of the underground resistance and stop Cohaagen. The line between fantasy and reality gets blurred and the fate of his world hangs in the balance as Quaid discovers his true identity, his true love, and his true fate. 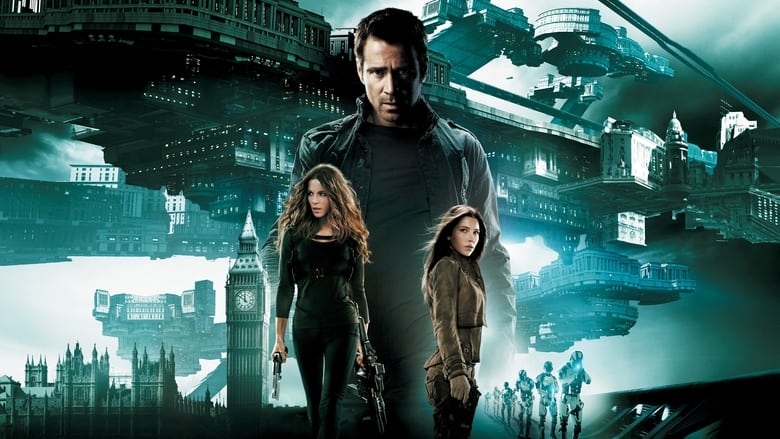 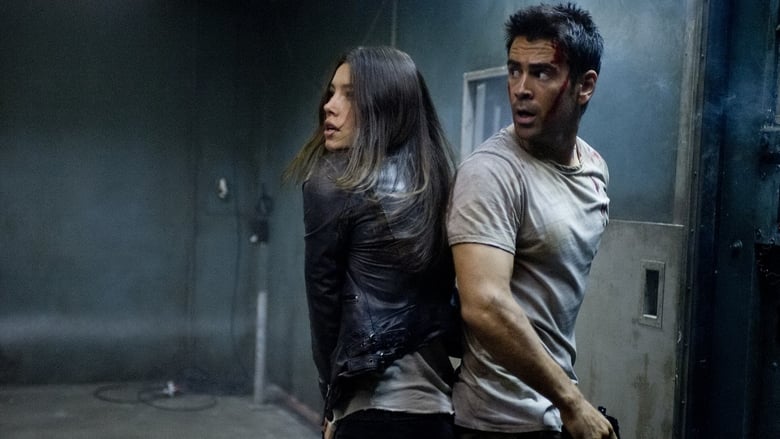 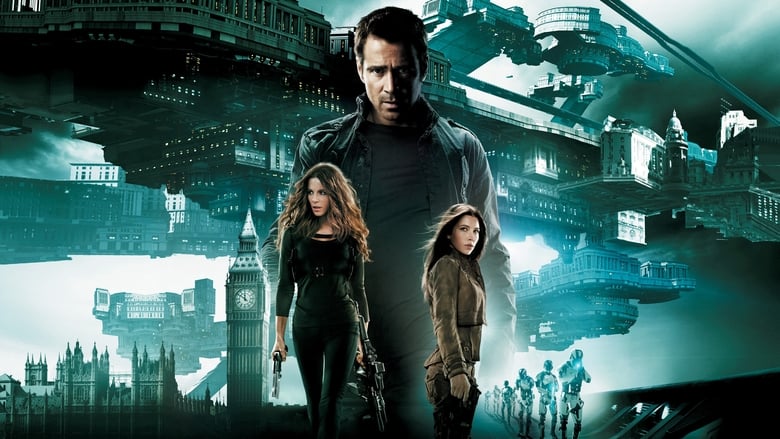 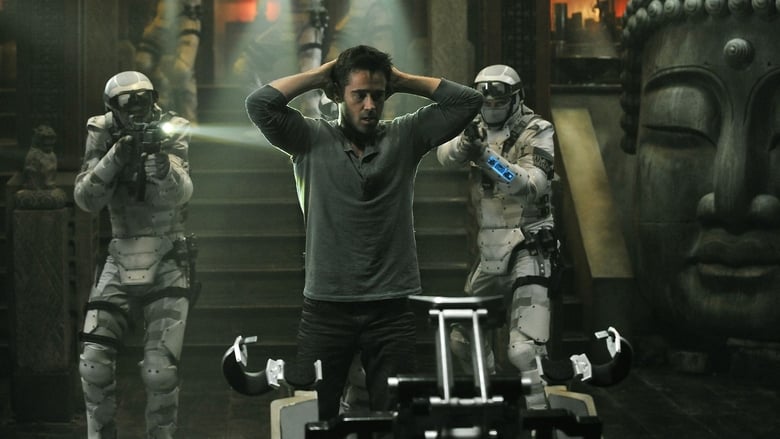 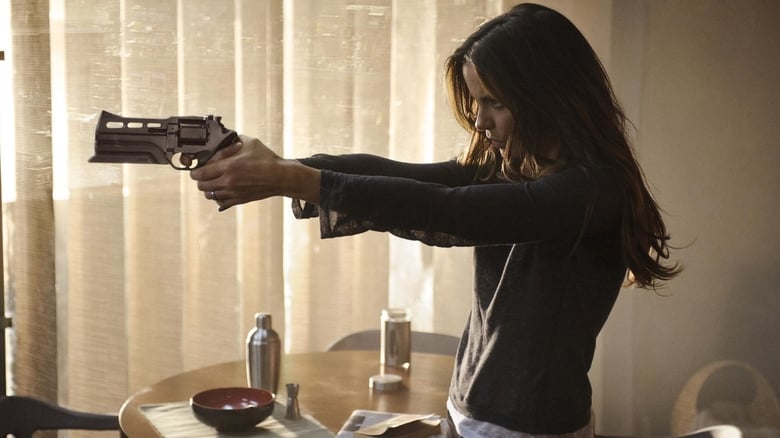 Marriages can be quite complicated - and who said women cannot drive.

Reimaging suffers a Schizoid Embolism. This reboot of the Paul Verhoeven/Arnold Schwarzenegger 1990 monster hit finds Colin Farrell as factory worker Douglas Quaid who, in search of meaning in his life and maybe an answer to his weird dreams, visits Rekall, a company who implant fantastical memories to order. When something strange shows up during the initial procedure, Quaid finds that nothing in his life is at all what he thought. There's a lot of very good craft here, there really is, that is on proviso you are happy to indulge in stylised effects over character substance. It's also a cold hard fact that fans of the original Philip K. Dick story, and fans of the Verhoeven bonkers adaptation, are very unlikely to embrace such a candy shop approach to what was once an inventive premise. Jessica Biel and Kate Beckinsale file in for the two lead female roles, which on facial likeness is a smart bit of casting, while on a butt point of view they have two of the best in the business. Farrell is competently gruff rough and tough, but again can you avert the thought process away from Schwarzenegger cutting a swathe through a futuristic world? A big problem is that as much as Beckinsale is lovely and feisty, the decision by her husband, director Len Wiseman, to make her part a complete film filler, grates on the nerves with its obvious stench of nepotiz. Still, if you are looking for a sci-fi picture awash with outrageous excitement, bangs and crashes galore and a sexy cast? Then this will certainly give you cause to chomp down with glee on your popcorn. There's homage nods to the Arnie movie, which are gratefully received, the pace never sags and the art design for this futuristic world is grade "A" in quality. As remakes go it's OK and far from being a stinker, you can have fun here, but it can't deliver enough quality to those fans mentioned earlier, and they are right to have such high standards. 6/10

I quite liked the 1990 version of Total Recall with Arnold Schwarzenegger. Thus I was somewhat concerned whether or not I would like this one since it would be impossible for me to watch it without comparing it to “the original”. Well, luckily, I did like it. I think the 1990 version is still my favourite but I did indeed like this one as well. It is said that this movie follows the original story better than the 1990 version. I wouldn’t know since I have not read it. Both are good stories with the same central idea although I have to say that the 1990 version of the story felt a wee bit more “grand” than this one. This movie is, of course, more modern in that the special effects are more up to 2012 standards. Having said that I think the funny idea of going through earth’s core in a tunnel through the planet is way more far-fetched than actually going to Mars and, although the gravity reversal was a good idea in itself, the instant on/off effect was just ridiculous. Obviously no scientific experts where hired for this movie. The 1990 version had a lot of action in it and this one doesn’t disappoint in that area. Actually, the entire film is pretty much one long action chase and a pretty well done at that. One gripe I have though is that I felt that Quaid was a bit on the wimpy side. But then, that probably comes from comparing with the Schwarzenegger “original”. So the bottom line is that I quite liked it, It’s a good solid action movie, but it didn’t de-throne the 1990 version.

**Overall : A fantastic sci-fi action film that is much better than its reviews imply.** While based on the original Total Recall starring Arnold Schwarzenegger film from 1990, Total Recall (2012) differs in many ways. The tone is more serious and less zany than the first. The setting is on Earth rather than Mars, and the ending is left a little less ambiguous than the first. These differences caused mixed reviews, mostly from fans of the original. However, I enjoyed this film much more than the original! The acting and effects were much improved, and the action sequences were amazingly well done. Total Recall (2012) is more straightforward of a sci-fi action movie than its predecessor, but I find that a strength rather than a fault.

This is the story of a little robot known as Pinocchio 3000 whose greatest wish is to become a real boy. The year is 3000. Geppetto, with the help of his faithful assistant, Spencer the cyber penguin, and by the holographic fairy Cyberina, creates Pinocchio, a prototype superrobot equipped for emotions. But before he can be given a heart and become a real boy, Cyberina insists that Pinocchio learn the difference between right and wrong.
Movie Star Rating : 4.4  Read More

Michael Harding returns home from military school to find his mother happily in love and living with her new boyfriend, David. As the two men get to know each other, Michael becomes more and more suspicious of the man who is always there with a helpful hand. Is he really the man of her dreams or could David be hiding a dark side?
Movie Star Rating : 5.8  Read More

This is the year 2022. Overcrowding, pollution, and resource depletion have reduced society’s leaders to finding food for the teeming masses. The answer is Soylent Green.
Movie Star Rating : 6.9  Read More

In the year 2029, Section 9, a group of cybernetically enhanced cops, are called in to investigate and stop a highly-wanted hacker known as 'The Puppetmaster'. Ghost in the Shell 2.0 is a reproduced version of its original 1995 counterpart. Among a numerous enhancements, for the film's 2.0 release, were a number of scenes were overhauled with 3D animation, visual improvements, and soundtrack rerecorded in 6.1 surround sound.
Movie Star Rating : 7.4  Read More

In a hospital on the outskirts of 1920s Los Angeles, an injured stuntman begins to tell a fellow patient, a little girl with a broken arm, a fantastic story about 5 mythical heroes. Thanks to his fractured state of mind and her vivid imagination, the line between fiction and reality starts to blur as the tale advances.
Movie Star Rating : 7.6  Read More

On his first day after being released from jail for 14 armed bank robberies, Lucas finds himself caught up in someone else's robbery. Perry has decided to hold up the local bank to raise money so that he can keep his daughter, Meg, and get her the treatment she needs. Dugan, a detective, assumes Lucas helped plan the robbery, and hence Lucas, Perry and Meg become three fugitives.
Movie Star Rating : 6.7  Read More