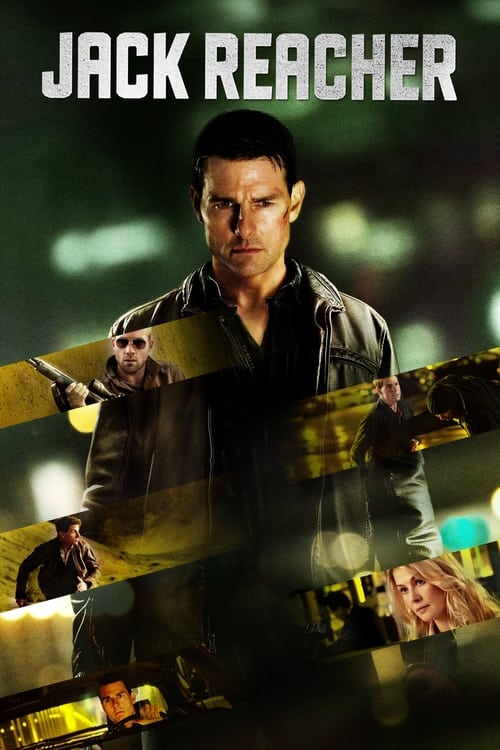 Tagline : The Law Has Limits. He Does Not.

Plot : When a gunman takes five lives with six shots, all evidence points to the suspect in custody. On interrogation, the suspect offers up a single note: "Get Jack Reacher!" So begins an extraordinary chase for the truth, pitting Jack Reacher against an unexpected enemy, with a skill for violence and a secret to keep. 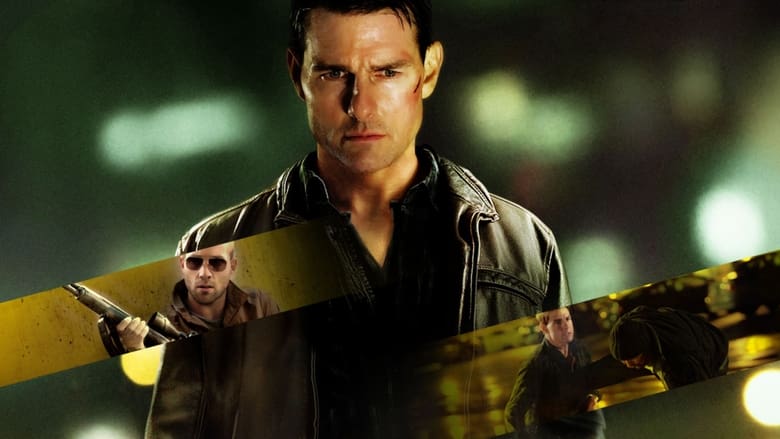 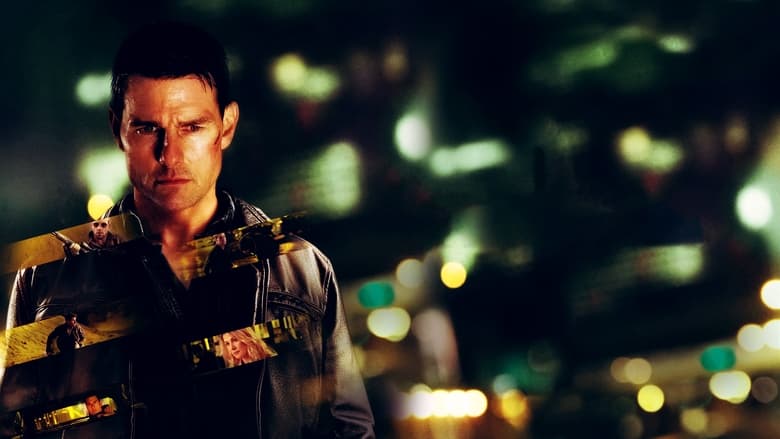 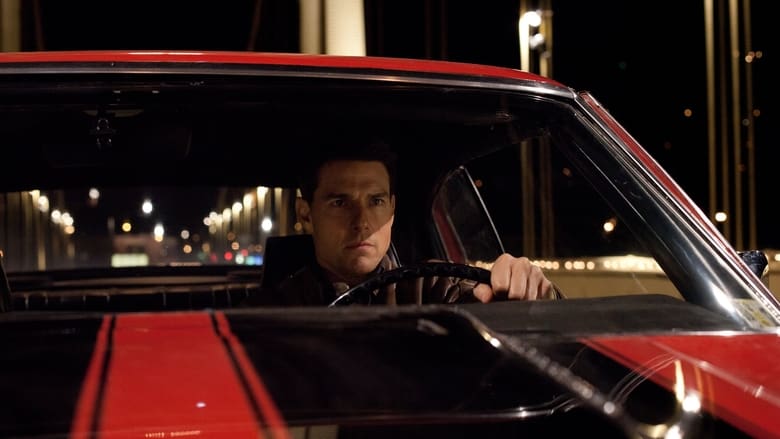 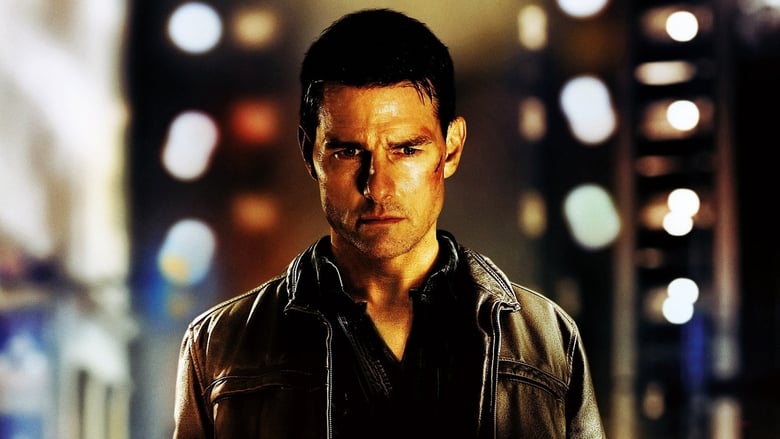 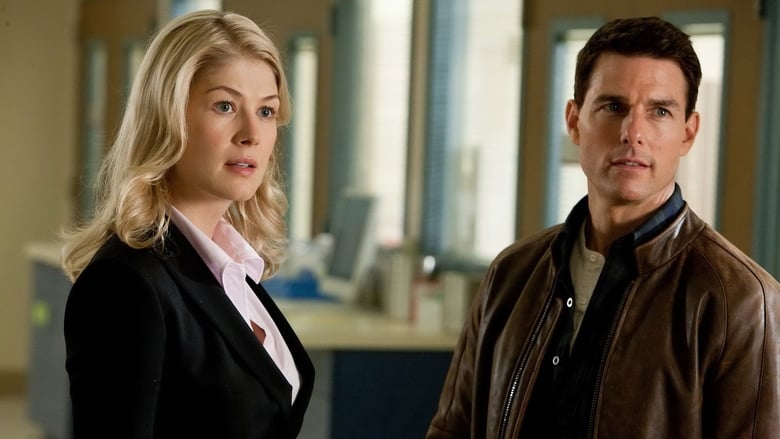 A man shoots six people in a park, seemingly at random. The evidence is obvious and the police catch him short after. When asked about the murders, all he says (or rather writes) is "Get Jack Reacher". They do, and while Jack thinks he is only here to bury him (whatever that actually means), he soon finds out that the rabbit hole goes a bit further than he originally thought. Now Jack is looking to put together the pieces of a much larger puzzle. This movie has the ring of a simple action movie with a small twist. The twist, actually, is quite obvious if you think about what is happening in the beginning of the movie. I remember seeing the trailer a long time ago, and it painted a picture of a comedy, but this movie is not that. It might have one or two funny fight scenes (and dialogue with Robert Duvall), but it is actually quite dark. This is kinda what saved the movie a bit for me, having judged it beforehand. Tom Cruise is... Tom Cruise. At least in the way that we have seen him protrayed in the most recent years. The silent, cool guy who knows how to handle the problems, and who seems to always be one step ahead of everyone. I am not a big fan of this guy, and therefore, ultimately, not a big fan of Jack Reacher, however, it is slightly better than I thought it would be. And Werner Herzog has a nice little cameo, that movie aficionados will surely enjoy, being the great director that he is. _Last words... if you like Tom Cruise, go for it. If you like a nice organized action movie, much like the many Bourne movies... go for it. If you want more than superficial characters and a very straightforward plot, this is not the movie for you._

You think I'm a hero? I am not a hero. And if you're smart, that scares you. Because I have nothing to lose. It got off on the wrong foot, fans of the Lee Child novels were up in arms about the casting of Tom Cruise in the title role. He didn't fit the profile it was said, scorn was poured on the film, quite often by people who hadn't even seen it! So how refreshing to find that since I personally have no affinity to the Child books, and having never read anything by the author, I found a wonderfully old fashioned thriller. Reacher the character is a damn fine creation, an ex military bad ass who doesn't get found unless he wants to get found. He gets involved with jobs that need solving, utilising his special skills to close out the mysteries. Here he pitches up along side defence attorney Helen Rodin (Rosamund Pike) when an ex army sniper apparently at random kills five people and then mentions Reacher's name during interrogation. Cue twists and turns, rocks upturned for covert clues and a shady road to be trawled to get to the crux of the matter. Cruise as Reacher is superb, where under the astute directing and writing of Christopher McQuarrie we are left in no doubt this is a cool no nonsense hard man, loved by the ladies and feared by not just the crims, but also the law authorities. None of which is overkilled, it's subtle in execution, McQuarrie doesn't need to turn his film into a blitzkrieg of CGI blunderbuss multiplex pandering. Action is smartly staged, the violence brutal without being course, while the story is delightful in how it gleefully wrong foots the viewers in plot dynamics and sly humour. The deal is closed out via the sterling supporting turns to Cruise, with Pike, Robert Duvall, Werner Herzog and Jai Courtney adding considerably to this splendid Cruise and McQuarrie broth. In spite of divisive reviews and reports, Jack Reacher in filmic form has risen above that to become a success. Hooray! 7.5/10

So five, ostensibly unconnected, people are picked off walking along the street by a sniper. Surprisingly, the police manage to apprehend the culprit pretty quickly but are bemused when he asks them to summon "Jack Reacher" (Tom Cruise) who, as it happens, was already on his way to the city. The defence attorney "Helen" (Rosamund Pike) is trying to elicit some help from "Reacher", but this former criminal investigator wants to nail the man's ass firmly to the slats. When the accused is reduced to a coma after being beaten up on a prison bus, the two start to work in earnest on this seemingly open and shut case and we gradually discover that, well there is a great deal more to discover...! It's way too long, this, and takes the best part of an hour for us to get past the character establishment and who's got a grudge bits, also Pike is really quite sterile with her portrayal of the dogged lawyer - but once Cruise gets into his stride the story starts to pick up quite interestingly with plenty of action, a few twists and an ending that reminded me a bit of "Highlander" (1986). Eye-candyman Jai Courtney is still as wooden as a door post but does enough here, as do Richard Jenkins and the sparingly, but effectively, used Werner Herzog. Cruise has made loads of these films that showcase his talents in high-end action films and this fits neatly into the middle of the pile. Not bad, but I've already forgotten it.

When Jess sets sail on a yacht with a group of friends, she cannot shake the feeling that there is something wrong. Her suspicions are realized when the yacht hits a storm and the group is forced to board a passing ocean liner to get to safety, a ship Jess is convinced she’s been on before.
Movie Star Rating : 6.9  Read More