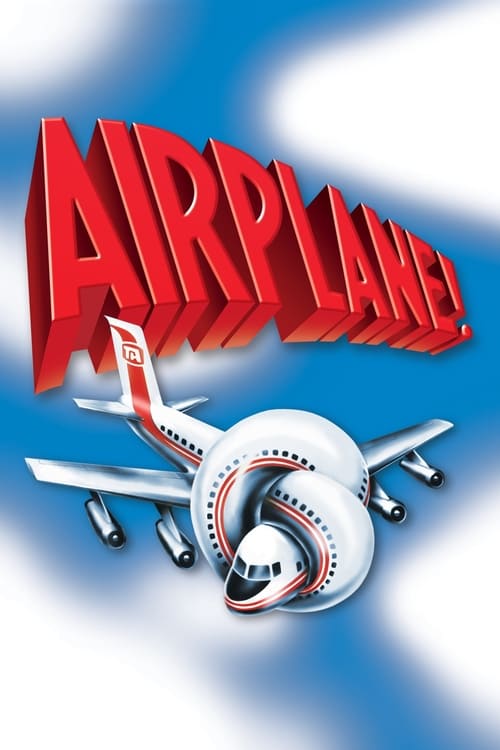 Tagline : What's slower than a speeding bullet, and able to hit tall buildings at a single bound?

Plot : The persons and events in this film are fictitious - fortunately! A masterpiece of off-the-wall comedy, Airplane! features Robert Hays as an ex-fighter pilot forced to take over the controls of an airliner when the flight crew succumbs to food poisoning; Julie Hagerty as his girlfriend/stewardess/co-pilot; and a cast of all-stars including Robert Stack, Lloyd Bridges, Peter Graves, Leslie Nielsen, Kareem Abdul-Jabbar... and more. Their hilarious high jinks spoof airplane disaster flicks, religious zealots, television commercials, romantic love... the list whirls by in rapid succession. And the story races from one moment of zany fun to the next. 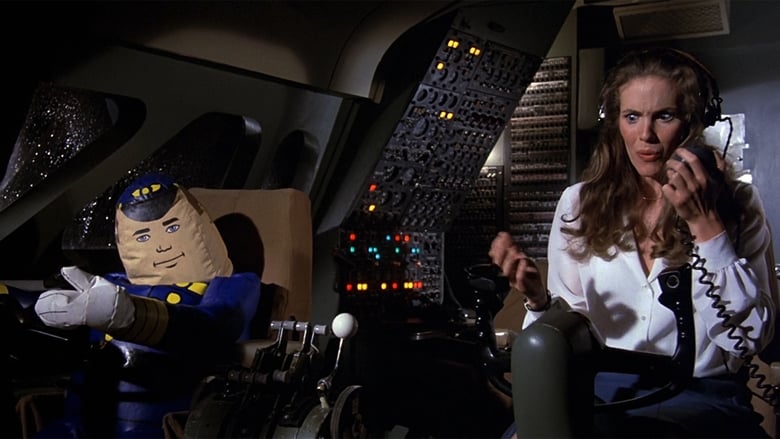 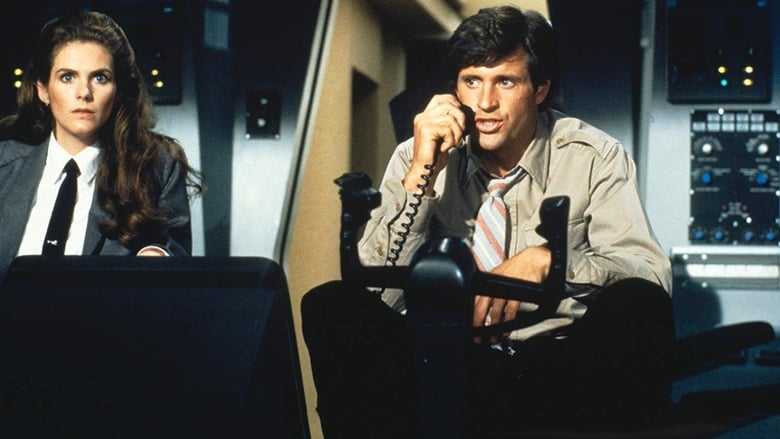 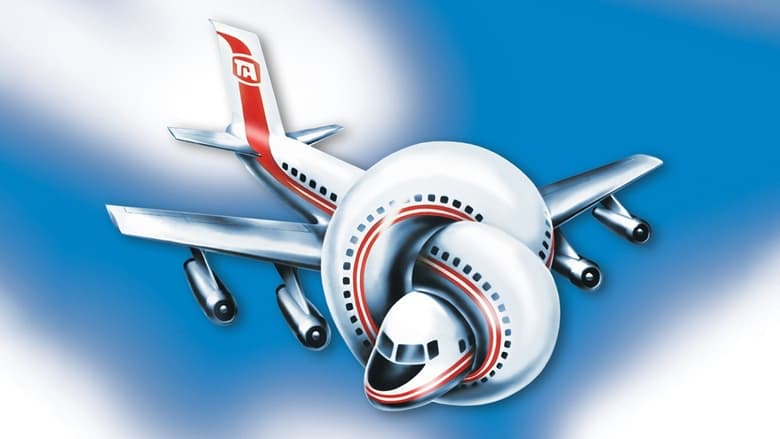 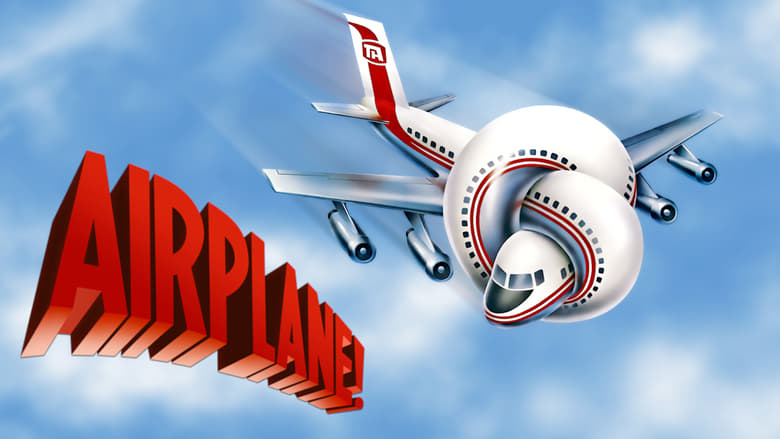 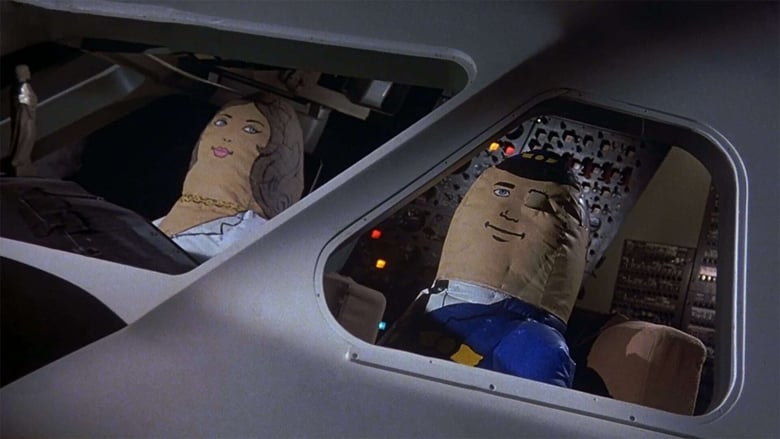 An American Comedy _**Classic**_ - Everything about this film screams 'American Cinema Comedy'. A lot of the humor is a precursor to modern american humor, including the terribly cheesy pulp humor. This film is an homage to the comedies that came before it, but is innovative in its combination of wordplay and referential humor. I see vestiges of this film in everything from 'The Hangover' to 'The Office'. If at any point you are watching this and find yourself saying 'This is really stupid', just remember: Relax. It's supposed to be stupid.

Right from the "Jaws" (1975) inspired opening titles, this is a treat of comedy that sends up just about every genre of cinema as poor old "Ted" (Robert Hays) has to stave off an airborne disaster aboard his aircraft. Half the folks travelling have been stricken with food poisoning and when the cockpit it wiped-out, it falls to him to bravely take the joystick and try to land in Chicago. Luckily, his ex-girlfriend "Elaine" (Julie Hagerty) is there, as is the always scene stealing inflatable "Otto" pilot. Lloyd Bridges is entertaining as the air traffic controller as is Robert Stack as the man trying to to talk down the stressed wartime pilot whom he used to command. The visual jokes are occasionally a bit too slapstick, but it's the writing that makes this funny - it is a pun writer's wet dream with plenty of risqué double entendres and literal interpretation of language that creates ample enjoyable ambiguity and humour. Clearance Clarence and Roger, Roger - it's quickly paced and unlike so many comedies from the 1970s really does raise a smile 40-odd years later when political correctness would probably throttle this at birth. Yes, it's a bit puerile but it is still well worth a watch.

A group of misfits encounter a young Yeti named Everest, and they set off to reunite the magical creature with his family on the mountain of his namesake.
Movie Star Rating : 7.5  Read More

Supervillains Harley Quinn, Bloodsport, Peacemaker and a collection of nutty cons at Belle Reve prison join the super-secret, super-shady Task Force X as they are dropped off at the remote, enemy-infused island of Corto Maltese.
Movie Star Rating : 7.6  Read More

May, 1980. Man-seob is a taxi driver in Seoul who lives from hand to mouth, raising his young daughter alone. One day, he hears that there is a foreigner who will pay big money for a drive down to Gwangju city. Not knowing that he’s a German journalist with a hidden agenda, Man-seob takes the job.
Movie Star Rating : 8.1  Read More

Stevie is a sweet 13-year-old about to explode. His mom is loving and attentive, but a little too forthcoming about her romantic life. His big brother is a taciturn and violent bully. So Stevie searches his working-class Los Angeles suburb for somewhere to belong. He finds it at the Motor Avenue skate shop.
Movie Star Rating : 7.5  Read More

Two female scam artists, one low rent and the other high class, compete to swindle a naïve tech prodigy out of his fortune. A remake of the 1988 comedy "Dirty Rotten Scoundrels."
Movie Star Rating : 6.2  Read More

For a long time, Natalie, an Australian architect living in New York City, had always believed that what she had seen in rom-coms is all fantasy. But after thwarting a mugger at a subway station only to be knocked out while fleeing, Natalie wakes up and discovers that her life has suddenly become her worst nightmare—a romantic comedy—and she is the leading lady.
Movie Star Rating : 6.2  Read More

Karen, a single mother, gifts her son Andy a Buddi doll for his birthday, unaware of its more sinister nature. A contemporary re-imagining of the 1988 horror classic.
Movie Star Rating : 6  Read More

When teenager Elle's first kiss leads to a forbidden romance with the hottest boy in high school, she risks her relationship with her best friend.
Movie Star Rating : 7.3  Read More

The Spy Who Dumped Me

Best friends Audrey and Morgan unwittingly become entangled in an international conspiracy when Audrey’s ex-boyfriend shows up at their apartment with a team of deadly assassins on his trail.
Movie Star Rating : 6.4  Read More

What was supposed to be a peaceful protest turned into a violent clash with the police. What followed was one of the most notorious trials in history.
Movie Star Rating : 7.7  Read More

March 1965. In the heat of the Cold War, the USA and the USSR are competing for supremacy in space. What both superpowers aim for in this race, is to be the first to have a man walk in outer space. To accomplish that, no price is too high and no risk is too great. Now it’s up to the unlikely duo of a seasoned war veteran and a hot-headed test-pilot to fulfill this mission. Two men in a tiny spaceship, without proper testing, facing the complete unknown. They were supposed to do what no man has done before—and no man imagined what would happen next.
Movie Star Rating : 7.1  Read More